Thanks Mudcat. No, I wasn’t saying that we should get the forecast for every stage, not that I am complaining, but maybe just the general forecast for the rally. Like “expect a few wet stages”, or “the forecast looks dry”, or “best bring snorkel and mask”. Trying to keep it real as possible. Just my $0.2. Thanks for planning and posting

I’m driving this one, although I’m sure that I won’t be the only one.

Thanks Mudcat. No, I wasn’t saying that we should get the forecast for every stage, not that I am complaining, but maybe just the general forecast for the rally. Like “expect a few wet stages”, or “the forecast looks dry”, or “best bring snorkel and mask”. Trying to keep it real as possible. Just my $0.2.

Oh, got it now

It was about this this point that I realized “Ooo, that will be scary in Group Bs” applies to any and all locations.

I’m driving this one, although I’m sure that I won’t be the only one.

Yup, I’m taking the Delta as well. The supercharger means the engine actually has a chance of responding to your throttle input in the same decade, so drivability is marginally better than the rest of them. Still not easy by any means, but not quite as likely to kill you!

I’ll definitely need some practice stages though. Most of the time when these cars came up for the daily challenges, I’d wrap the car around a tree and retire within the first half a mile… They accelerate incredibly quickly, but they do NOT want to slow down.

We’re going to have a rally of Martini liveried Lancia’s, aren’t we?

Guess I’ll have to take the MG, even if it is slower.

We’re going to have a rally of Martini liveried Lancia’s, aren’t we?

Maybe. I thought that I was locked in on the Lancia, but in testing last night was getting similar times in the Audi. I think that the Lancia has less turbo lag with the supercharger and is easier to get the nose pointed. But the Audi is a little more forgiving and might be the safer choice. Since we are going to be locked into one car for the series, I want to drive all of them. Both look the business with custom skins.

Moved screenshots to that thread.

Guess I’ll have to take the MG, even if it is slower.

The thing is, “slower” in this case might be faster. If you actually have time to think and try and place the car or get it sliding in the right way, you could be significantly faster than the rest of us who put our foot down, scream “AAAAA!,” and wonder how we were instantly transported off the side of the cliff that looked to be a mile away a second ago.

it’s actually a bit worse in that regard. Faster acceleration, but lower top speed. It won’t be good probably in Scotland, should be good in Argentina.

One reason I wanted everyone to keep with the same car throughout, take the good with the bad. Little extra strategy.

I’d love to add a manufactures point tally too, but that will have to wait till we have more, consistent participation. Because each of us taking 1 different car wouldn’t exactly add anything atm

I saw that everyone is a bit hesitant to get things rolling, so I bit the bullet and decided to put down some times and hope to pump everyone up a bit.

I still haven’t decided on a car…

My condolences to your Metro…

Just about to take each contender for a spin on my Greek test stage. Still likely to stick with the Lancia, but just want to double check.

I have tried a few cars today, test rally was Scotland.
(Also drove a bit of Argentina, USA, and Spain)

Well…
Going to settle for the Audi. The Lancia is a close second and I appreciate how easy it is to point around corners, but it just isn’t… stable enough for me. None of the Group B AWD cars is, but the small ones like the Peugeot and the Lancia are the worst in that regard. The Audi has more inertia, as good or bad as it might be.
The Ford feels good but it is right out because it has its steering wheel on the wrong side, just like the MG. I constantly miss turns in those.
So… I will race in a non-red car I guess.

And I gotta admit, I am not looking forward to the rally. In my testing stages I didn’t even finish 3/4 of my tries, which doesn’t bode well. Those cars are just 200hp above my comfort zone.

So after some completely non-exhaustive testing (about a dozen runs on the downhill hairpin stage in Greece, plus a couple of long runs in Scotland), I’ve decided my chosen ride shall be…(drum roll please)

Yes, you read that right, the guy who was complaining about turbo lag has chosen the car with quite possibly the biggest boost gauge in game. Why did I not go with the Lancia, you may ask?

It’s all about the handling. First up, the Audi and Ford were out almost immediately as they just felt too ponderous and understeery. The little Metro was nice but just didn’t have enough oomph behind it. After that it was down to the Lancia and Pug.

After running the Greek stage a few times, which I know quite well, I just couldn’t quite figure out which one I wanted to run. The Lancia does have the advantage of better throttle response, as you can’t catch it off boost, but sometimes it just didn’t feel right in the corners. The Pug, conversely, felt better from a handling point of view, and the boost actually isn’t an issue when you’re up above second gear. For the hairpins you can be stuck in a well with no boost, but other than that, it’s quite drivable.

So I decided to take each of them to the longest stage in Scotland for the final test. I don’t know Scotland as well, so it’s a better test for the whole series. Immediately, I found that the Lancia just wasn’t going to cut it. Conversely to @Aginor, it’s too stable for me. Most of the time, especially in the slow speed stuff, the nose just pushed too much and I couldn’t get it pointed in. In the higher speed sections it still had some understeer, and the problem was that by the time you manhandle it enough to get the car rotated, it will rotate too far and spin. So I was stuck with either understeer or spin, or a very narrow middle ground of good rotation that was just too trick to hit reliably.

The Pug, on the other hand, has beautiful handling. Give it a little nudge into the corners and it will gracefully drift through. As I mentioned, the turbo lag really isn’t that bad once you’re moving, and you can manage it well enough at low speeds too (sometimes it’s even a help if you don’t want too much torque out of a hairpin). After a few smashed runs in the Scottish woods, I really got into the swing of it. For Group B, it seems like you plant it on the straights, slow waaay down for the corners, then plant it again. Kind of like a muscle car, you’re strengths are in the straights, not the corners. The complete opposite of the R5s (where the corners are where you’re best). 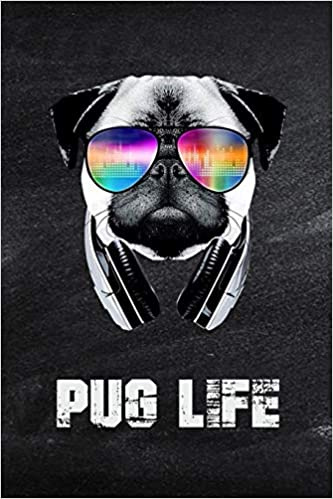 I was torn between the Lancia (because), the Quattro and the pug. I tried all three on one of the more forgiving Penrith stages and terminal damage each time. Then hit the greek hairpin short stage for a test and ruled out the Audi. I prefer an oversteer and adjusting the brake balance I can get that nicely with the 206 and the Delta, I was undecided…

Look for me wrapped around the nearest tree.

While in the middle of yard work I did come up with an idea, maybe allowing 1 car swap per series, but at the cost of a few series points? yay? nay?

Just a thought at least in case someone really hates their car.

4 stages done. New wheel, I’d like to say it felt ok, but I think terrifying would be more accurate.

Stage 1: endo flip within 29 secs of the start. Didn’t lose too much time and was ok for the rest, barrel rolls excepted. Stage 4, puncture after a “which nasty ■■■■■■■ put that there”, repaired and a slow but not unacceptable time.

And I gotta admit, I am not looking forward to the rally. In my testing stages I didn’t even finish 3/4 of my tries, which doesn’t bode well. Those cars are just 200hp above my comfort zone.

imo, the first stage is probably the hardest of the rally. there is one square turn that can go straight to hell (in a different stage), but other than that, it’s ok.

I wish I knew what I was doing with tuning so I can get the things to my liking, I guess I have quite a few days to figure it out before the next round

Ok. That was… challenging.

I did some more test driving and suddenly I lost the ability to drive the Audi. However I found out the secret for driving the Lancia! Stay the hell away from that throttle! I basically only use half throttle, except in tight turns to drift and when there is a long straight road in front of me. That car still scares the crap outta me.

So yeah I picked the Lancia and went for it. Of course packing two spares because it actually improves handling. That’s the only reason. Yep, definitely.

Sadly I hit the invisible rock again. Twice. Also rolled the car twice and had to change one tyre. And once I missed a turn and ploughed into a tape. I was already on my way back but still got a minute of penalty. Grrr…

Anyway, I finished and it wasn’t too dire for the most part. But I am certainly not a contender for the 1st place.

However I found out the secret for driving the Lancia! Stay the hell away from that throttle! I basically only use half throttle, except in tight turns to drift and when there is a long straight road in front of me. That car still scares the crap outta me.

That’s Group B in a nutshell. It’s really about survival and minimizing crashes, not going quickly. I can use full throttle for about 3 seconds before I’m back to half throttle just so I don’t kill myself. Most of the time it feels like I’m extracting maybe 60-70% of the car’s true potential. Any more than that and it’s insta-death.

That said, I hate the last two sectors of Stages 4 and 5 (Stage 5 is just the second half of Stage 4, so same thing). It’s the mile long downhill stretch with logs every 50 feet. The turns seem tighter through that section than the calls would indicate, and in both instances I got a flat (different turns, but same result). Oh well, at least I don’t have to do that section again (at least in that direction).

Overall, I love it, I hate it. It’s terrifying, it’s awesome. Man I missed this competition!

Oh, and @Aginor, you’re right there with me on a few stages. Only 1 second off on Stage 3, and a full 20 seconds clear of me on Stage 5. You’ve improved massively mate.