I know it’s cynical, but I’m so not excited about this. It brings back not so pleasant images of MS Flight.

It wont be long to find out now though

I too am not that optimistic, but at least something is happening with that huge old FSX codebase. It’s like a kaleidoscope, sometimes even a random shake will accidentally produce a pleasing pattern.

Hard to exactly tell how different to FSX, but a recent video of Flight School:

With a preorder here:

I’m personally not that interested, as it seems to concentrate on the stuff I already know (and I’m no great pilot). Glad it exists, but just not something I can see myself buying.

It is a budget price, and the release after this one is the more expansive flight sim they are working on with the same base tech.

I’ll pass on this one as well but I’ll likely follow its progress to get an idea of what we can expect for their follow on sim.

Some updated shots of the new lighting and new autogen I guess? 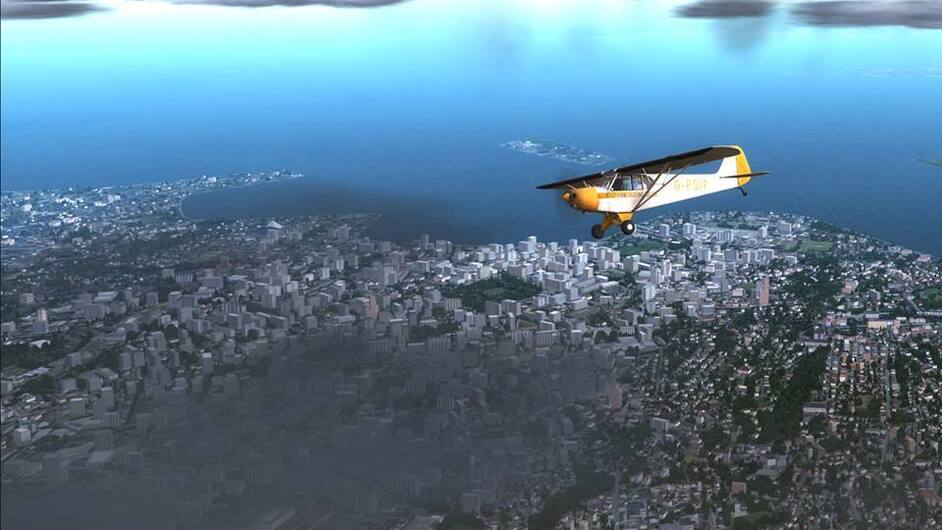 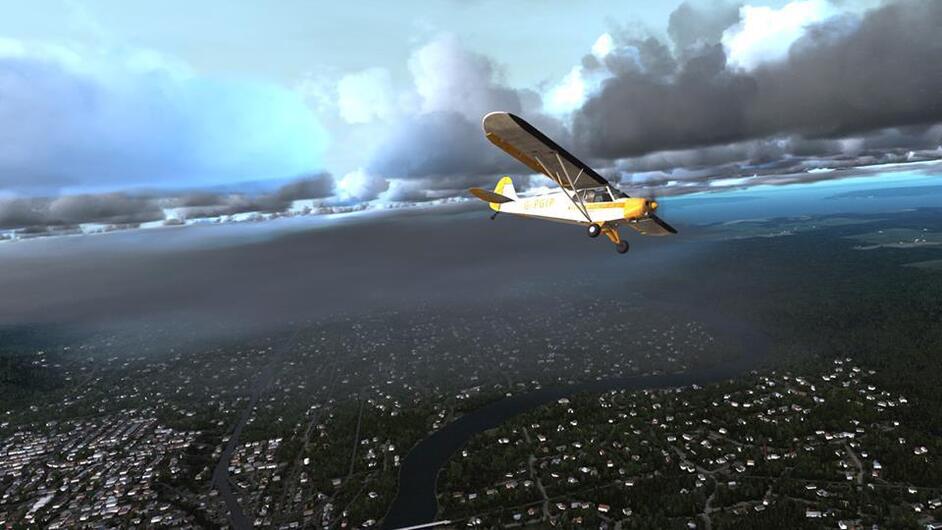 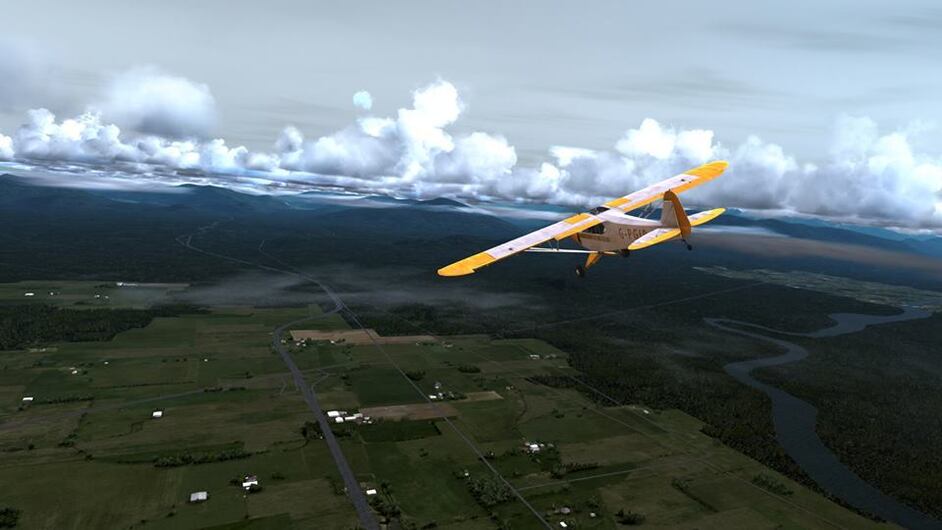 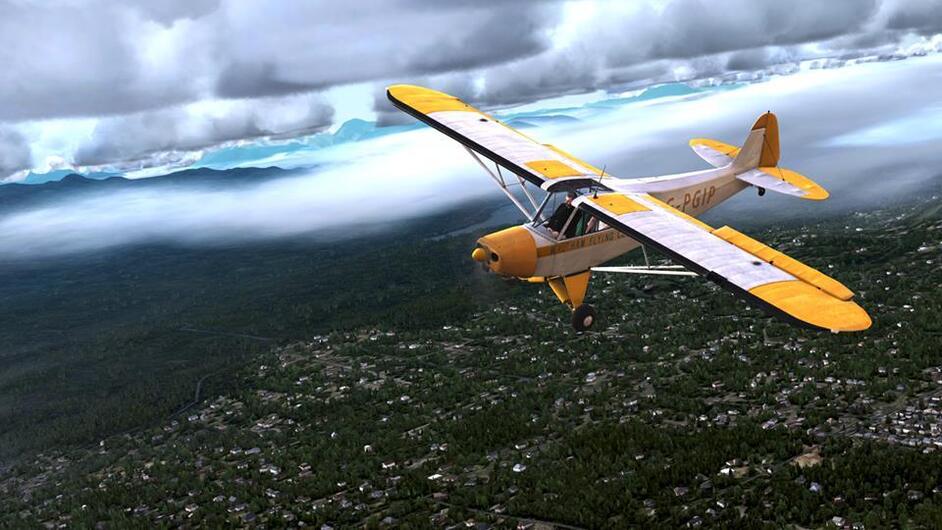 If this is somewhat adventure/game based, I think I’ll really like it. If only the missions could be really, really entertaining…I’d have no problem with it. Flight missed the mark because it was not only a poor sim, but a poor game as well. FSX was a huge title in that was both a great game (missions) and sim…but you don’t have to necessarily be both.

No concern here, got this on pre order even cheaper than price shown here, we’re talking a round of two drinks on a night out here guys and I thought us Scottish were tight with money

Cmon guys, this is a new adventure, a brave new adventure from Dovetail, cut them some slack and lets see what they can do.

For what its worth I’ve bought Dovetails FSX Steam FS Academy on Instruments and I’m happy with what it does so far … I think they will make a good £10 or whatever it is introduction to serious Flight Simulation with Flight School than Microsoft ever did with that silly Flight game nonsense with exterior views towards the end.

Lets give Dovetail a bit of a chance and see what they can do.

Pass on it? is it going to break your bank?

I can not believe some people.

Pass on it? is it going to break your bank?

I can not believe some people.

Having money doesn’t obligate one to spend it on whatever gets discussed on a forum post.

I’m more than willing to give Dovetail a chance, but buying a game before it’s even released is committing, not "giving them a chance. I’ll be quite open-minded when I read your review of it when it’s out, @katana1000s.

But I’m not going to spend money on something that doesn’t interest me. Want my money? Put out a product that interests me. It’s really that simple.

I don’t want nor need an intro to serious flight sim and frankly won’t really be interested in their follow on sim until PMDG/VRS/Carenado level aircraft start appearing for it. Though, at least with the latter sim, I do intend on purchasing it when it releases.

$15.00 for a Super Cub, a Cherokee, and 15 missions covering basic flying (plus nine “challenging” missions) may be worth it for some, but I think I’d spend more time downing those couple beers than I would in FS. Then there’s the fact that they’re asking people to pre-order a game for which, to this date, all we have seen is a couple pretty screenshots, a pre-rendered trailer, and some handheld footage from a gaming show.

Maybe devs can start developing for Flight School and the free flight mode could become worth it… but I doubt it. Until then I see this as a preview of their tech to come and will hopefully give third parties a head start on integrating their products into Dovetail’s new engine.

I hear what you say boomerang, but even if this new Dovetail Flight School is nothing more than a taster for the forthcoming new sim, who can resist at this cheap price? I know i cant.

I welcome anything new for GA simulation … I was about £8 for Flight School I think it was (something like that) and that gives me a nice new aircraft too.

Lets just wait and see, for this silly low intro price that is far lower than most add add ons for current sims.

Yep boomerang … I like DCS and have bought nearly all aircraft so far apart from those odd two trainers … its really that simple, were on the same level for sure… This product interests me, is that wrong?

You think its a rip off, fair play so dont buy it, but if you have not even tried it you have absolute no reason to moan.

Doubt all you like, for this low entry price … well I wont say no more but say I’m in. and will enjoy it for what it is.

My glass is half full, yours seems very empty.

it should be out in next couple of weeks and I’ll be happy to give some first impressions.

Its not about having money though, this product is dirt cheap … We’ll see.

The release has been delayed for a bit - probably for the best if not ready:

Landing tutorial video… For the life of me, I can’t understand why they’d do a video without TrackIR (unless TIR isn’t integrated yet?)… I mean, it looks good though. And as long as there is a continuous curve of harder and harder (and educational) content, I’m all for it. But it has to be WAY better than Flight was to succeed. FSX set such a high bar… Reddit commenter might have best summarized it…without giving any benefit of the doubt of course…

I don’t see a reason to buy this instead of FSX Steam, that has much more and better tutorials, tons of lessons, more airplanes and is the whole flightsim, full addon support etc etc and costs like 7€ on a sale…meanwhile here, you have a bad and heavily limited version of FSX and they will release the second product afterwards.

I haven’t seen it mentioned, sorry if I missed it, but I had been under the impression that this was really supposed to be a game that was meant to teach/help people who weren’t already into Flight Sims. Later down the road coming out with something that is more akin to FSX/X-Plane.

Chatham, Kent – 8th February 2016 Since acquiring the rights to develop and publish new titles utilizing Microsoft’s genre-defining flight simulation technology back in 2014, Dovetail Games has been clear about its intent to make headlines in the flight simulation category. Today, it is pleased to announce that it will launch two brand new flight simulators in 2016.

Flight School is a carefully crafted and rewarding experience designed to teach would-be pilots the basics of flying a light aircraft as well as the essential premises of flight simulation. It will offer newcomers to flight simming an engaging and accessible introduction to aviation, whilst also being highly realistic and authentic. Players will learn to fly in iconic training aircraft, undertaking a series of tutorials and training missions, which will provide the perfect introduction to the genre. There will also be a Free Flight mode, for those players who want to head off and explore the entire world.

“Flying an aircraft is a rewarding, awe-inspiring experience unlike any other and we want to give more people the opportunity to enjoy that by breaking down the barriers that make flight simulation feel inaccessible,” said Stephen Hood, Creative Director at Dovetail Games. “By empowering players to handle the controls of the aircraft, we will help them to immerse themselves in the very best and most thrilling aspects of flying in an up-to-date and technically cutting edge environment.”

Paul Jackson, CEO at Dovetail Games added, “People have always dreamt of being able to fly and through Flight School we aim to satisfy that dream and give people the opportunity not only to learn to fly, but to really soar as they explore the world. Flight simulation has always been important in the world of gaming but it hasn’t kept up - the core experience hasn’t progressed since the launch of Microsoft’s Flight Simulator X back in 2006 and that means we’ve missed at least one or maybe even two generations of players who would have adored flight simming, but for whom it wasn’t appropriate. Our aim is to get back to that place, to restore the former glory of flight simulation as an enjoyable and engaging pastime. Consumers today expect a much slicker experience across all genres. They want simulations that are realistic but also accessible. They want to be led to a place where the focus can be on reaching great levels of accomplishment, rather than struggling to get to grips with the operational aspects. And that’s precisely what Flight School will deliver.”

Also they aren’t using the same engine as FSX for it. But, in essence, Flight School probably isn’t meant for the experienced simmers, not that you couldn’t enjoy yourself, but newbies are more what they have in mind. The one for us gents out of “Flight School” already will be coming later.

No vested interest in this, just wanted to maybe clear things up a bit.