PBS’s documentary is well done. I just watched this one produced by Netflix and it is sobering to say the least. Now see it from another investigative perspective including a look at the corporate culture change that occurred when Boeing bought McDonnell Douglas.
This documentary is about 90 minutes in length.

Watched it yesterday. No real new info for people who have been following the case but interesting to watch anyway

Dennis Muilenberg walks away untouched with $62 mil. None of his immediate/direct report minions are considered for indictment. The finger pointing blame game

About a month after the PBS documentary was released, the MAX Chief Technical Pilot Mark Forkner was indicted for fraud. Eventually 2 of the charges were dropped by a Federal judge. O’Connor ruled Tuesday the two charges could not proceed because they must involve a tangible airplane part – rather than the MCAS software feature.

*“MCAS is intangible computer code in the aircraft’s flight control software,” O’Connor wrote. “MCAS is not an ‘aircraft part’.”

The Justice Department said on Tuesday in a separate filing that it has not charged Forkner “with causing the crashes of Lion Air Flight 610 or Ethiopian Airlines Flight 302 and that it does not intend to argue that he caused them.”

At this point, the sad (and angering) reality is there will likely be no real justice for the families of the 346 lives lost.

Tuesday the two charges could not proceed because they must involve a tangible airplane part – rather than the MCAS software feature .

Haven’t watched yet but this is very interesting. As the world automates the concentration of power will tighten and the exposure to risk by the powerful will lessen. In ten or twenty years, when something like this happens again, Boeing will sue LionAir and Ethiopian–and win.

Sounds like yet another case where legislation lags behind the advancement of technology, or society in general…

When my own accident was being investigated the three official bodies responsible for investigating accidents said the others were responsible for investigating. The head of the Health and Safety Executive in Aberdeen said his “primary concern was safeguarding the public purse.” A private inadequately financed court case found the airlines two most senior managers guilty of perjury, falsifying and withholding evidence as well as conducting their defence in a wholly unreasonable manner. The courts conclusion was that the airline was negligent in its primary duty of care to passengers and staff. The Air New Zealand crash in Antarctica/Mount Erubus is an even worse example of authorities and airlines colluding to deceive the public
“But in this case, the palpably false sections of evidence which I heard could not have been the result of any mistake, or faulty recollection. They originated, I am compelled to say, in a pre-determined plan of deception. They were very clearly part of an attempt to conceal a series of disastrous administrative blunders and so, in regard to the particular items of evidence to which I have referred, I am forced reluctantly to say that I had to listen to an orchestrated litany of lies.”* " 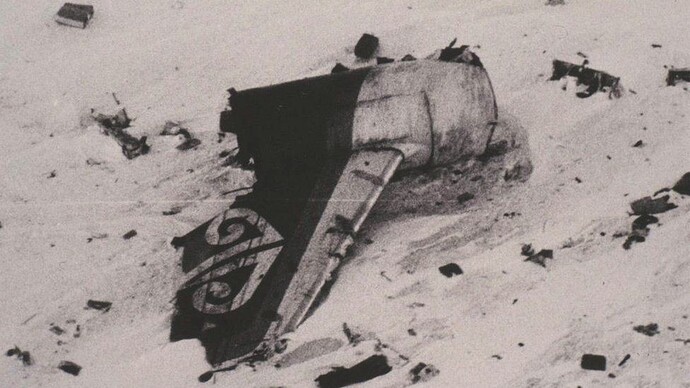 An Orchestrated Litany of Lies: The crash of Air New Zealand flight 901

The devastating crash of a sightseeing flight in Antarctica leads to one of the greatest national crises in the history of New Zealand.

Watching it right now, will be interesting I suppose!

I humbly disagree. There was plenty that was new to me in terms of specifics. I had a general concept which was accurate but to actually see the sudden reversal of the safety culture at Boeing on film filled huge gaps in my understanding. In all, it is a fantastic film and an object lesson in how wall street culture really writes all the rules.

Sully: “The way MCAS kept pushing the airplane down was…maniacal. They [the pilots] never understood it was trying to kill them.”

The end of the film contains a few written responses from Boeing as, understandably, they refused to participate on-camera. You can just tell from the lawyerly, dismissive prose that the culture hasn’t changed at all. For a few billion this has all been swept under a gilded rug. Sure, people like us will be angry and say angry things. But we will still fly. And they will still win. I could care less if they never built another plane or helicopter again. In fact, I think the world would be better without them.

I think the world would be better without them.

Do you mean all aircraft manufactures or just Boeing?

Well at this point I think the world still needs planes. So, just Boeing. If any of you work for them, my frustration is in no way meant for you–of course. No more than an attack on my airline would be an attack on me. I get it! We’re just workers doing our best. But seeing that poor pilot’s wife stop just short of saying “racism” brought back some very raw memories of November 2020. There was A LOT of racism over here after the Lion Air crash and Boeing used it both veiled and overtly as cover. I saw it in my own union when I asked pointedly why they ceded leadership over addressing this to American (APA). I won’t repeat it here because I don’t have a written record but it was the same stuff Boeing spewed as shown in the film. Not once in the 20 years I flew the 7-3 prior to the Lion Air crash was I ever trained to use those switches. I knew they were there and I had a general idea when I might use them. But never were we given a sim scenario where their use was needed.

Thanks for your response @smokinhole. Only reason I asked was that Boeing’s culture of lies is not exclusive to them. Any time a large conglomerate has faced a similarly challenging scenario to their long term survival they have been no more transparent. Unfortunately human nature being what it is I do not see any changes to that reality any time soon either.

So many stories these days of crooks in corporations. And yet another example of “the law is an ass”. Cheers.

How does the 737MAX get a movie, but the Tomcat doesnt… lmao…

How does the 737MAX get a movie

I’m still amazed that MCAS was designed the way it was. There were so many betters ways to implement it and make it operate with some redundancy which all the engineers know too…

It just tells you that Boeing can’t design an aircraft any more. The last good one was the 777/767.

I’m still amazed that MCAS was designed the way it was. There were so many betters ways to implement it and make it operate with some redundancy which all the engineers know too…

Agreed. It makes me more convinced that they were far more concerned with hiding the integration than how it was implemented.

That said, in the cockpit, what they encountered boils down to a trim runaway. A serious problem, but not one that should be fatal. I still believe if they had followed the checklist, turned the trim cutout switches to disconnect, and left them there they’d still be alive.

Is the dreamliner so bad yeah?

Saw the docu. Classic tale of greedy management from wall street destroying a proud and beautiful bit of legacy. F the stock market and all those who sell their souls to it.

That said, in the cockpit, what they encountered boils down to a trim runaway. A serious problem, but not one that should be fatal. I still believe if they had followed the checklist, turned the trim cutout switches to disconnect, and left them there they’d still be alive.

I will say this first simply: The airplane itself has taught all of us 737 pilots NOT to reach for the cutouts when the plane trims against our wishes. That is a convoluted sentence, but it is the best I can do.

Here is the long explanation: (I know, I know, I beat this to death on the “other” thread three years ago.) My apologies to everyone, but I am simply incapable of letting this totally valid misunderstanding go by. You must understand the 737 to understand why this failure so easily sneaked up on those pilots. All 737s since the '60s have been equipped with SPEED TRIM. After every takeoff the airplane begins loudly trimming, usually in a direction opposite what the pilot wants, using the slower of the two trim-rates. No 737 pilot is taught, but every 737 pilot naturally learns, to trim a blip before SPEED TRIM kicks in. Just by tapping the trim you start a 5 second timer where SPEED TRIM is locked out. This is the pure evil nature of MCAS. It built on the expectation every pilot has that the plane will trim against you on every initial climb after takeoff. You mentioned “checklist”. Ten seconds was all they had from the instant of the 1st warning. “Memory Item!”, you might reply. There was none at the time.
(There is now). So ten seconds. (Hack your timer now) The first 5 seconds was pure startle and disbelief. The next two to five seconds was spent trimming against what they thought was SPEED TRIM to start the cancel timer. With flaps up (time’s up), they had access only to the SLOW motor while MCAS had exclusive access to the FAST motor! Like Sully said, “maniacal!”

One shocking part of the film is the sequence with an internal Boeing memo whereby they would capitalize on the similarities between Speed Trim and MCAS as justification to tell no one about MCAS. But MCAS was totally different in function and purpose and severity. It used the high-speed motor instead of low. It had either no cancel timer or none (I cannot recall).

What is MCAS today? Now it really IS just an extension of SPEED TRIM–at least in terms of function. It uses the slow motor. It applies trim in short spurts. It is cancel-able with trim. It’s really been reduced to a weak, pointless, redundant system. How is that safe? Because the only reason it existed in the first place was to make the plane fly and stall like earlier versions of the 737 so that no sim training would be required to transition. Now everyone is trained.

That was very interesting @smokinhole

ow is that safe? Because the only reason it existed in the first place was to make the plane fly and stall like earlier versions of the 737 so that no sim training would be required to transition. Now everyone is trained.

The fix is so easy, and must have been far less costly than the damage they did forking around with it like they did.