This video shows the last days of this graceful aircraft, it also includes the last display and very well documented by its pilots.

Thanks. Enjoyed that. She was a beauty. Cheers.

Two things that struck me; didn’t realize this superb aircraft has served that many years. Simply amazing. Also, never knew that the navigation/photo officer sat in the nose of the aircraft. Always thought this aircraft only had one crewmember.

A four/five seater. Two behind the pilot (bang seats) The nose position and a fifth jump seat to the right rear of the back section.

I remember getting a Matchbox model kit of the Canberra, as a kid. I first thought something was wrong with it, since the canopy was offset…!

Since that day I’ve loved the simple, yet elegant, lines of it. The fighter style cockpit and its versatility.
Would be a fun aircraft in DCS, actually!

I saw one of ours (among other interesting aircraft) at Ellington a few weeks ago!

I believe they actually have three now, after returning one to service from the boneyard. There are also several civilian ones supposedly still semi-operational in the US, including a handful purchased from the UK after retirement. Two are owned by a ‘high-altitude mapping service’ in Washington, but I don’t know if they’re airworthy now. Pretty neat!

A four/five seater. Two behind the pilot (bang seats) The nose position and a fifth jump seat to the right rear of the back section.

Do you happen to know what those other positions were for? I seem to remember this aircraft was also a bomber and not just a photo recon aircraft.

This is my personal favourite canberra. Based at Bruntingthorpe and used to ( 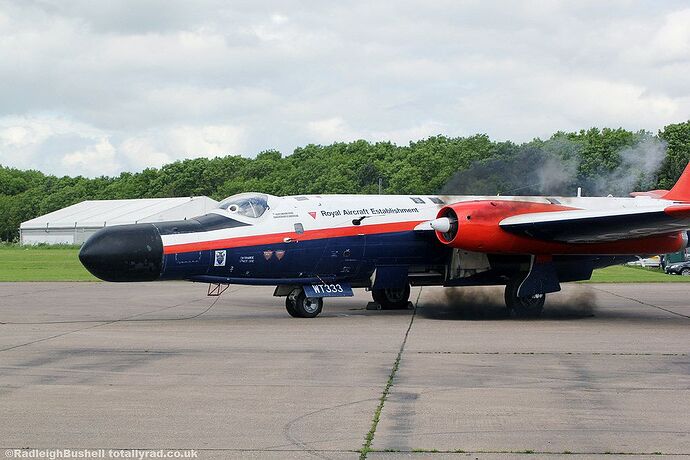 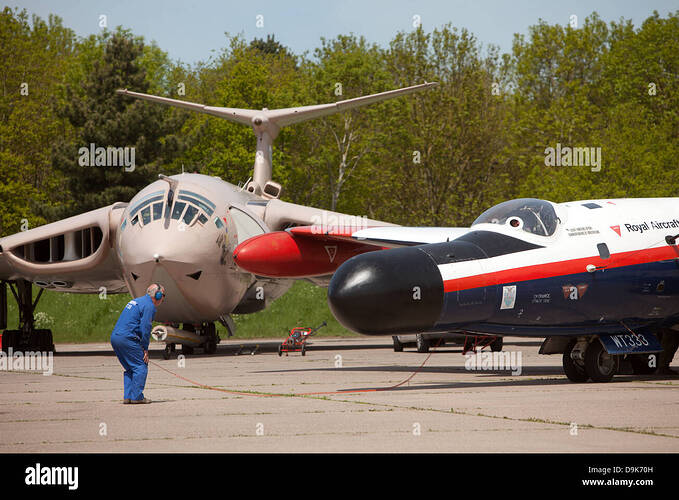 One was a “bomb-aimer” (not a bombardier?

fan, I must say that nose is impressive.

What was it used for?

Do you happen to know what those other

By 81 there were EW variants and a second squadron that just supported the School of Fighter Control and also acted as air defence targets. The latter is who I flew with

What was it used for?