Espionage and Intelligence-Then and Now

A very interesting hour of discussion and well worth your time. From back in 2017 but still relevant.

This talk will look at the art of espionage and intelligence gathering over the last 50 years. We will look at the evolution of the tools of the trade and the rules of the trade, and a number of examples of successful espionage episodes will be discussed in relation to the tools and rules. We’ll see how the number of participants has exploded over the past 50 years, and speculate about the path of espionage in the coming years.

Richard M. (Dickie) George joined the National Security Agency in 1970 as a mathematician, and remained at NSA until his retirement in 2011. While at NSA, he wrote more than 125 technical papers on cryptomathematical subjects, and served in a number of positions: analyst, and technical director at the division, office, group, and directorate level. He served as the Technical Director of the Information Assurance Directorate for eight years until his retirement. Mr. George remains active in the security arena; he is currently the Senior Advisor for Cyber Security at the Johns Hopkins University Applied Physics Laboratory where he works on a number of projects in support of the U.S. Government. He is also the APL representative to the I3P, a consortium of universities, national labs, and non-profit institutions dedicated to strengthening the cyber infrastructure of the United States. Much of my career was spent on ops as an ‘Operator, Intelligence and Security A1’. I shall watch with interest. We always found that USA did things differently to us, and many were sent over to our rear base to be trained in how we did stuff. They were always shocked at the level of terror support present in cities such as Boston (US not Lincolnshire).

I wish you would sit me down one day with coffee and just talk at me @Scoop. Just talk and I sit there and listen with my mouth agape.

Just read or listen to the Operators by James Rennie. I get a mention.

Operators: On the Streets with Britain’s Most Secret Service https://www.amazon.co.uk/dp/1781592624/ref=cm_sw_r_cp_apan_glt_fabc_YWEK1DPNYRG31XSXV6SN

I agree @Victork2, I want to join that story time!

I feel like “The Most Interesting Man in the World” ads were modelled after @Scoop’s real life adventures. Int is very dull and boring with nothing ever happening. Ever. Honest.
You might enjoy this account. I can’t comment unless its in here or other published account such as my as yet unpublished book.

Operators: On the Streets with Britain’s Most Secret Service

This is true enough, according to my (very short) experience in the field.

Our ISR (Intel/recon/surveillance) unit did a 6-month rotation in the Balkans in 2005 and 99.99% of the time you had very little to show for your efforts of lying in the bush for a week. Turning food rations into sh*t, we used to call it.

“Yup - the bad dude did not come to see his brother this week either, just like he didn’t the week before or the one before that…but hey, at least we know a lady of the night rocks up at the house regularly in her battered 80’s VW Golf every Thursday!”

Pussies! I did 9 years all on ops

We were essentially reservists lead by active duty career officers - most of the people in our unit did about 2 years in total before heading back to civilian life. A very different model to a professional army.

Ours was also a home posting hence the long tours for certain categories and skill sets. Yet we were not allowed to own a car in the Province or a wife/girlfriend. We were allowed to use our issue ones for personel use (cars that is, but we were often loaned a female colleague For work purposes)

Pussies! I did 9 years all on ops

Well that’s me laughing till I cried.

Nothing like pulling surveillance. And god help you if the feds showed up to get involved. I actually dealt with a very new Secret Service Agent trying to be “under cover” by going around at 0230 in an apartment complex “selling insurance.”

going around at 0230 in an apartment complex “selling insurance.”

Excellent idea! Real insurance agents should take notice. I’d buy just to get rid of him!

Based on my interactions with various feds, I can completely see it in my mind, too!

Have you all been following the Nuclear Sub Secrets spy case recently exposed here in the US? A husband and wife, both otherwise apparently quite bright, were total dupes in their attempt to betray their country.

Have you all been following

No! References?
Sounds like a plot out of ”The Americans”

What a great series.

Yeah, I loved it! 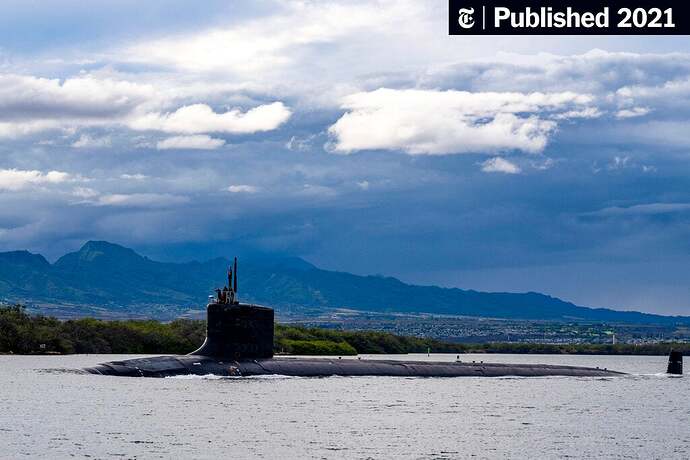 Jonathan Toebbe and his wife tried several times to pass information on nuclear propulsion systems to a foreign government, according to a criminal complaint.

Phew, quite the exchange rate at the moment! 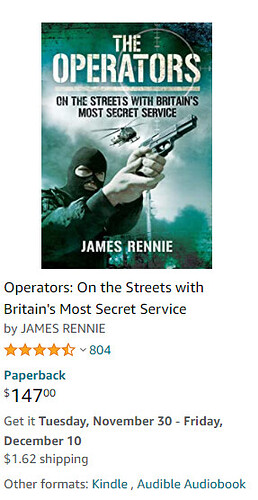