Ever wondered what if MSFS streamed Google Maps?

I am sure that when MSFS came out with a new technology streaming Bing Maps, many would say “Wow” and then immediately “Pity it does not use Google Maps”.

Well, in case you want to replace the Bing Maps by Google Maps in your MSFS installation, you can. Though do so on your own risk (see below).

A user called derekhe released on GitHub and flightsim.to an application that allows just that. The latest version is pretty much “unzip’n’execute” so I gave it a shot out of curiosity.

This file has been truncated. show original 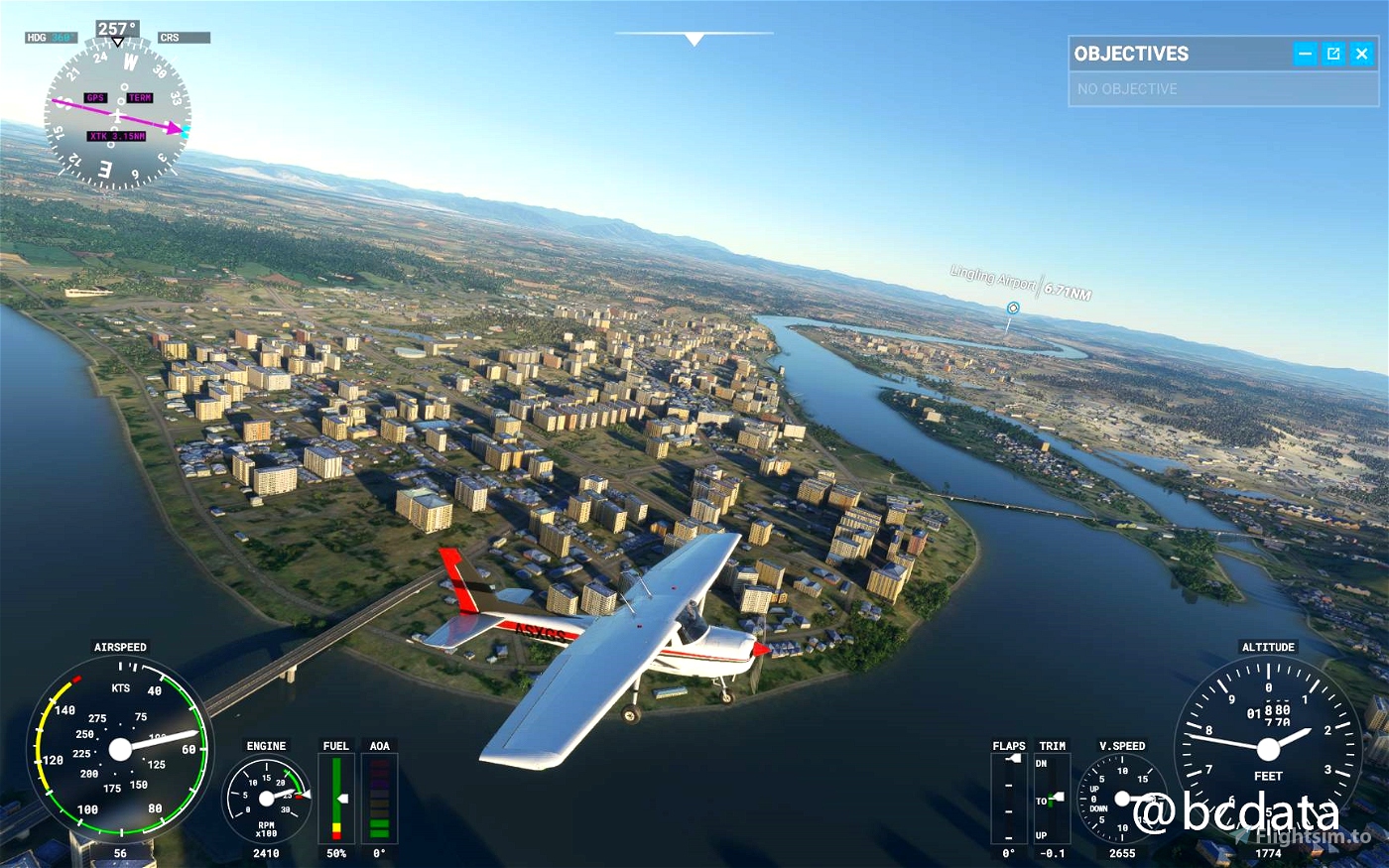 ✓ MSFS 2020 Google Map replacement is a Microsoft Flight Simulator 2020 mod created by derekhe. Download for free to enhance your experience in MSFS 2020.

Results? Quite impressive I have to say.

I mean, the default Bing Maps and the tech created around them IS already impressive. But the Google Maps sometimes just have better resolution. Check this:

See the difference? You can count the sleepers

Higher resolution is one thing. Another thing is that it seems that while the sim limits the maximum zoom level of the Bing Maps streamed to MSFS (to limit the bandwidth perhaps?), this is not the case when replacing them with Google Maps. 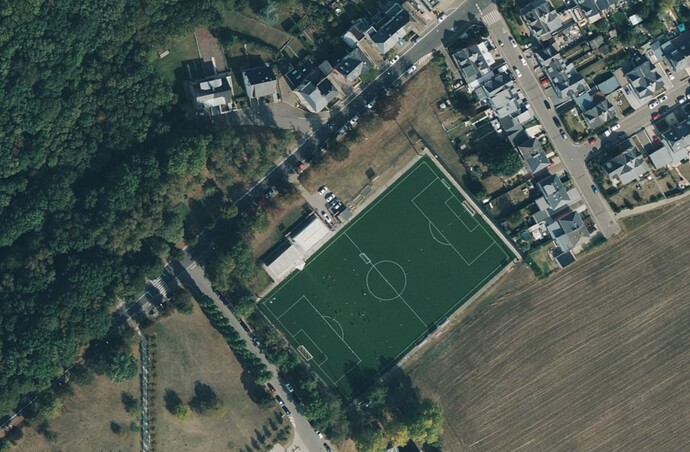 Verdict?
Amazing piece of tech if you ask me. I am happy I gave it a try and I am also happy my MSFS installation still works fine

Will I use it? Yes, occasionally when bush flying low and landing into the open terrain. Most of the time I will stick however with the default Bing Maps just because the sim is built around them.

I am amazed at the ingenuity of some modders!

Thanks for sharing. That is amazing.

I wonder if this might grow from the seed this guy planted.

One way we could fix this would be we just write out the copyright in big letters on the ground to match the sim.

I suppose in theory google could IP block you for hammering at their map tile locations at https://mt1.google.com (it does break their ToS of course), but then they do leave them open (Bing requires a key for map tiles).

Incredible! I’m amazed. Too bad Asobo was tied to using Bing, the difference is stunning!

I tried this mod for the first time tonight and think that it is a pretty nice enhancement to MSFS. The author has continued to update it and perhaps fixed some of the issues in the early release. For instance I see trees where they should be. I haven’t flown in many areas yet, other than my home airport and around London Heathrow, but so far

My experience with this mod varies from “wow” to “meh”. Quite understandably though as it is an aftermarket solution.

If you like it, enjoy till it still works

Any mention of this mod is deleted immediately from the MSFS forum and some years ago Google knocked down Tile Proxy (do you remember this tool? 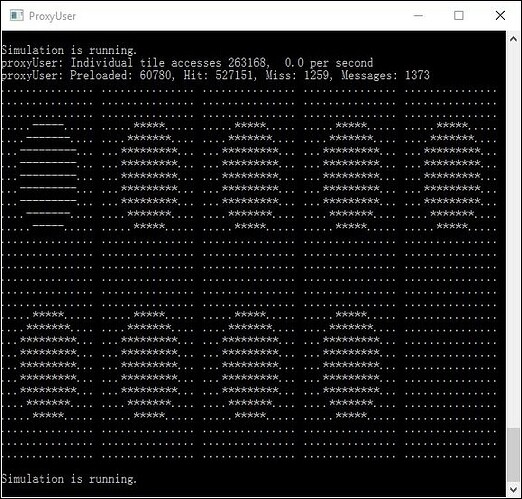 So it gives some hints what might happen to the Google maps replacer. Not surprised, honestly as the mod probably goes against some terms of use on both sides (Google and MSFS).

While this mod gives us a flavor of how it feels to have great detail of terrain imagery (at places), it has a lot of issues (e.g. unbalanced colouring, slow loading times meaning you can outfly sharp orthoimagery into a blurred mess…).

I would be happy if MSFS offered hi(gher)-res ortho as a payware addon (say to zoom level 18/19 instead of the current 16). I would get it in a split second

I fear there will come a day when MS will dump FS2020 and cut off the internet connection for bing map streaming, its not beyond the realms of possibility, they are bean counters at end of day and Asobo are just down the chain a bit.

MS have done this before, FSX and FSX Steam survive still because of no external MS influence, but MS FS Flight was culled, OK it never really succeeded, but some enjoyed it, they cant any more because MS culled any possibility.

Anyway, enough of negativity in FS land, that’s never welcome, but if MS do cull FS2020 in the near or distant future, it would be cool to see something like this take over if they would allow it, never been a fan of Bing maps, but always liked Google Earth n suchlike, would be far more mod friendly than Bing too IMHO … its a pity MS could not embrace Google and Bing, but its a corporate thing I guess, always got to be one way or another these days, always conflict, even in leisure industry

But for now, this is great, have replaced MS Bing Glasgow Scotland with Google Glasgow and its night and day better

These are very good points, and I have to say I was skeptical of MSFS, Asobo and Microsoft when I first learned that the scenery was to be streamed. Here we are 18 or so months later and it is pretty much the only sim I fly these days. Hopefully the sim will generate enough revenue to keep the lights on for the foreseeable future (or until something better comes along). This is why I make a point of buying some stuff from the MSFS marketplace from time to time. I will also be buying the air racing addon to support the cause more than anything else. Talking of which, I guess today is the day for that one.

Isn’t the Reno air racing update free with GOTY update today? i thought it was? FA/18 Hornet model too.

But I agree with what you say, often buy stuff from their marketplace I’ve still to check out in hope to support and keep this dream alive as long as possible.

Reno Races is paid DLC ($15 and up), but the GOTY stuff like Miramar and the Super Bug is free.