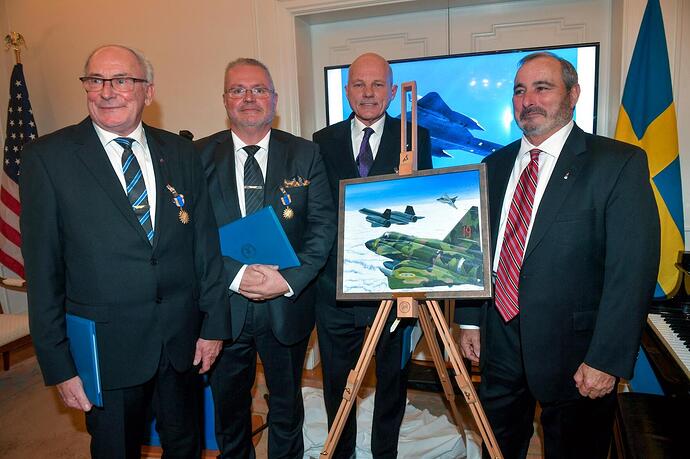 The article is in Swedish. Maybe google translate can assist, or there’s an english article somewhere.

The tl:dr is that a SR-71 was limping across the Baltic sea, on one engine. The USSR scrambled fighters to intercept, but two JA37 From F13 Bråvalla Wing, got there first. They were later relieved by two AJ37 out of Karlsborg Wing who escorted the Blackbird down to the Danish Island of Bornholm, where RDAF F-16’s took over.
Some thirty odd years after, the pilots received the Air Medal, for their actions.

Yes…but did they land safely?…what?

but did they land safely?

I read that the Blackbird landed safely in Germany.

I know what you meant! I have my eyes on you…

Yes…but did they land safely?…what?

Not only did they land safely, they did it on a 300m stretch of road only 4m wide.

“We were performing an ordinary peace time operation,” recalled retired Maj. Roger Moller, Swedish air force Viggen pilot. “We were searching for an American exchange pilot who had just ejected from his Viggen,…again. Our fighter controller then asked me…"

Hmmmm…I wonder what that was all about…

I wonder what that was all about

The guy decimated the fighter fleet of the Flygvapnet.
Turned out he was employed by General Dynamics, to trick Sweden into buying the F-16.

English article with some nice details: 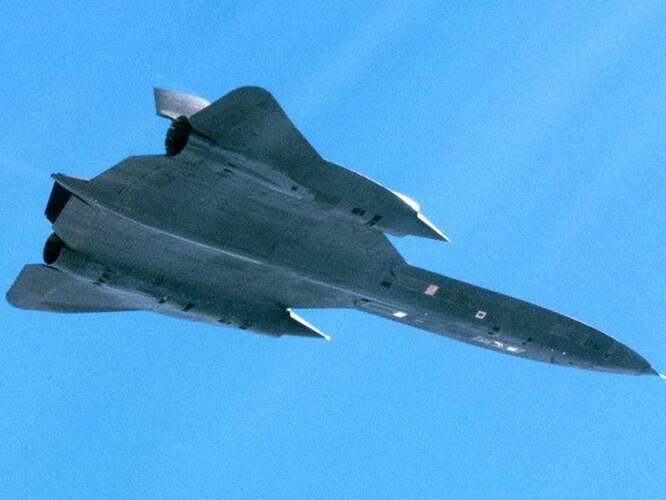 The Blackbird had suffered an engine failure during a mission over the Baltic Sea and its crew feared that Soviet jets might be hunting for them.

I wonder what that was all about

The guy decimated the fighter fleet of the Flygvapnet.
Turned out he was employed by General Dynamics, to trick Sweden into buying the F-16.

It’s time for revenge, then. Revenge should be getting a Viggen into private hands for airshow displays before the Viper.

I, humbly, volunteer to fly it.

There is something to be said for blissful ignorance. If the public were kept informed about what happened on a daily basis I don’t think any of us would sleep well.

I can say with complete sincerity that as a cop working in the same city I live in, knowing all the bad stuff that happens on a daily basis really does not give one peace of mind.

This could make for a fun mission in DCS. Sub in a B-1 for the SR-71 (or similar), and you have to scramble, intercept, and using AWACS/GCI calls keep the bad guys away from it. Let them get too close and they’ll start shooting. Hmm I’ll add that to the backlog of mission I’m working on.