Politics and contract back handers have sometimes more to do to an aircrafts production than the merits of the aircraft itself.

In your case, that’s working the opposite of how you might think. The F-111 started as two completely separate RFIs by the Air Force and the Navy. The Navy wanted a fast, high altitude interceptor with a massive radar to fire big missiles to kill Soviet ALCM carrying bombers. The Air Force wanted an ultra-long range supersonic low level fighter-bomber that could take off from CONUS, deliver weapons in Germany, land on un-paved strips, and do it again (Think the F-105 but T H I C). MacNamara saw “fast” and “fighter”, got a stiffy thinking about the Phantom, and decided they must be the same aircraft. The two services agreed on exactly two points: it should be swing wing and have two engines.

The Air Force made a big heavy boi that could carry oodles of bombs and fuel tanks and what not. Problem with that is generally speaking, the Navy requires specialized equipment to land on carriers, most noticeably bulkier landing gear, and the structural strengthening to support it. That takes a big heavy boi and makes it into a @klarsnow’s mom sized jet.

The F-111 wasn’t underpowered because the engines were bad (they were, but it would be 20 years until turbofans good/reliable enough existed), it was underpowered because it was a big, fat jet. It was never going to be a dog fighter, watch any interview with an F-111 crew for opinions/laugh tracks. It may have done alright as an interceptor, I don’t really know what it’s high altitude performance was. All of that is moot, however, if the jet is too fat to safely launch from or land on the ship.

The only reason the F-111B survived as long as it did while clearly being a terrible idea was that the SECDEF at the time thought he was the smartest, most unique person on the planet, and all those crusty admirals and generals were just jealous of his stunning intellect and good looks. In the process of trying to hammer square pegs into triangle holes, the other changes the Navy made to the F-111 (the squad, wide nose for example), irreversibly altered the USAF version of the F-111 to the point it would never be the aircraft it was envisioned to be.

The final jolly here is that in terms of economics, MacNamara’s ideas still didn’t make any damned sense. At most, the Navy “wanted” enough F-111Bs to equip their big top CVWs, or around 300. The USAF intended for the F-111 to replace most existing TACAIR aircraft at the time, or roughly 1,200 units. MacNamara dragged out the acquisition project, massively raising development and testing costs for an order that at most would be 1/5th the total delivery, and ended up amounting to a total of 7 units delivered. The economic ramifications from this meant a greatly reduced USAF order, leading to what you can considered an overall failure of the larger program when measured against it’s initial goals.

And I am still not biast

Kiwis didn’t procure them anyway. Something about aircraft complexity and known average intelligenve levels were not conducive to successful flights.

Kiwis didn’t procure them because they were painted green, green is the color radiation is in comics, and as we all know, the kiwi is deathly afraid of radiation.

Actually VADM Connelly flew the F-111B So his “not enough thrust in Christendom to make this plane a fighter” was based on his personal, professional opinion.

Were the F-14A engines underpowered? Yes and no. Yes the jet needed zone 5 AB to launch off the deck with anything more than a light fuel load. No, the Tomcat proved to be a pretty good dog fighter and could easily light them up and “extend” to get out of a bad position durig an engagement. All said, the F-14A’s engines were not optimal, but got the job done well enough.

The Navy didn’t want just an interceptor, they wanted an aircraft that was also a fighter…after all the Tomcat was designed with an internal gun from the start.

Navy doctrine uses fighters (not interceptors) to conduct missions like BARCAP and MiG Sweeps in support of air strikes. With only so much room on a flight deck, you can’t afford a squadron of “one trick ponies” which the F-111’s would have been. You still would have needed two fighter squadrons.

The point VADM Connelly was making was that while the F-111B might be able to fill the long rang interceptor role well, it just wasn’t a fighter. We needed something that could do both. That something was the F-14.

The real impact of that decision fell on the pilots and RIOs. They had to master two distinct disciplines, air combat maneuvering (ACM) and long range intercept. I observed them practicing both.

In ACM, the RIO worked to set up a favorable position and maybe get off a BVR shot. Once they hit the “merge” it was all the pilot’s game with the RIO hanging on and providing another set of eyes out of the cockpit.

I long range intercepts, using the AIM-54, it was all on the RIO. Finding and selecting targets, dealing with jamming, and finally launching before the Backfires got in range. In fact the interceptor simulator (separate from the ACM simulator) they had an entire, exact, functional RIO position to include ejection seat, etc. The piot’s position was a joystick mounted ona desk with the basic flight instruments on a computer screen. He sat in a regular office desk chair and made heading and altitude changes per the RIO’s calls. Not to exciting.

Just to clarify (if anyone thinks anything to the contrary). I am not saying the f111 was ever going to be a good fit for a naval role. Quite the contrary. Not sure why the f14, f111 debate is here.

What i am saying is that the f111 was never a one trick pony. High and low level performance with great payloads over long ranges. Politics not just with usa, international politics of huge delays overspending of development costs etc made a blunder of this aircrft. Australia certainly got shafted with it and we kicked up a poo storm over the f111 construction/development debacle on an international level.

Is it a fighter, no, never said it was. But it has carried aim 54’s

It also had an excellent range and that set it worlds apart from most other aircraft.

Take Australia for example. iirc correctly we have more coast line than the states. Totally isolated. We don’t have carriers and not a large enough navy to confidently patrol a fraction of our waters. We needed such a dynamic aircraft with fast transit speed dynamic capabilities and superior range to at least cover some of those vast open areas. When the f111 was retired for f18’s the covered areas of Australia shrank dramatically.

There really isn’t any other aircraft to this day that fits this bill. You have really only the b1 bomber which has an extortionate cost and more man hours required on ground per hour in flight.

Yep it had flaws. New construction, new electrics (iirc first with solid state electronics) so it ws going to have problems.

However the f111 served with distinction in various roles over most of the worlds major wars. Its done well, very well.

I was thinking more of a discussion than debate.

Agree with your remarks highlighting the merits of the F-111. As Operation Eldorado Canyon demonstrated, the F-111 was a hell of an aircraft. As much as it pains me to say, better at the low-level strike mission than the A-6.

Regarding how this thread turned into a F-14 / F-111 conversation…a psychologist (or maybe sociologist) could probably conduct an interesting study on the “wanderings” of many Mudspike threads.

P.S. I’m retired and sometimes I evidently have too much time to wax eloquent. Will attempt to keep my comments more cogent…no promises

better at the low-level strike mission than the A-6 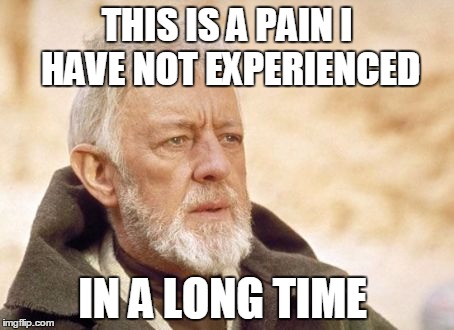 Regarding how this thread turned into a F-14 / F-111 conversation…a psychologist (or maybe sociologist) could probably conduct an interesting study on the “wanderings” of many Mudspike threads.