Snooze. Ugly and not really all that impressive. They make much of the corners on the square loop but any 4th gen jet would look similar. LM and their test pilots spent nearly a year and 200 hours in the sim to put this 6 minute sequence for Paris together. Yes its stealthy. Yes the demo was done with a combat load. Its certainly a decent jet. But it looks so pug and ungainly that nobody will WANT to see it coming. Kids will laugh at it at airshows.

Kids will laugh at it at airshows.

Beauty is in the eye of the beholder. Working one’s way unobserved into a high Pk Fox-3 shot is not.

Was just looking at the (very few…) pics on the beeb: 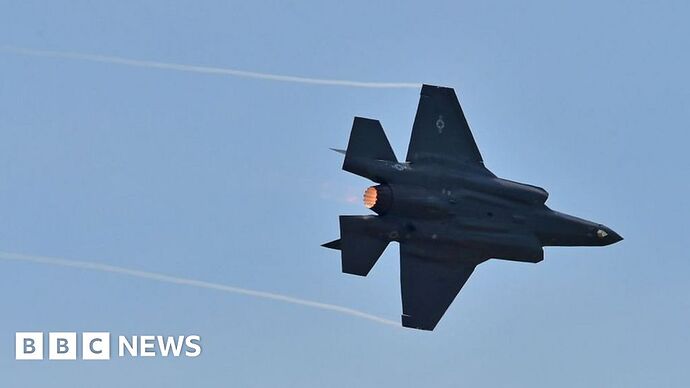 While the F-35 has been one of the main attractions at the Paris Airshow, here we've also picked out some of the other highlights of this week's show.

Wonder if we’ll get one for FSX. I was just flying the E195 from Wilco yesterday evening. I’m not an airliner chap at all, but I must admit I did enjoy it - flying visually, tho, not by FMC.

LM is trying real hard to sell the aircraft, but I’m not so sure demonstrations of maneuverability is really playing to its strengths. I suppose any positive press they can get is a good thing, since budgets are extremely tight and an expensive jet is really hard to justify after seeing the results of the F-22 from the past decade.

Well that is the argument. We are transitioning to a world of design where beautiful form no longer follows function.

Well that is the argument. We are transitioning to a world of design where beautiful form no longer follows function.

FWIW, It’s certainly no Tomcat, Flanker, or Eagle in the looks department, but it might possibly be the first jet so positively ugly it comes back around to being handsome. I kind of like how it looks.

We are transitioning to a world of design where beautiful form no longer follows function.

The requirements are now too demanding for an experienced eye to wing it. You need software to check and double check every design point versus the spec.

Personally I don’t get it. I’ve seen arguments berating how a 5th Gen like the F-35 looks that talk wistfully of the Phantom no more than a paragraph or two later. It’s not a luxury item- it’s a combat aircraft. Save the aesthetic critiques for supercars and houses.

FWIW, It’s certainly no Tomcat, Flanker, or Eagle in the looks department, but it might possibly be the first jet so positively ugly it comes back around to being handsome. 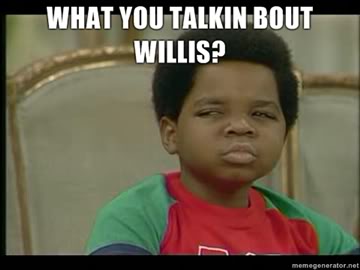 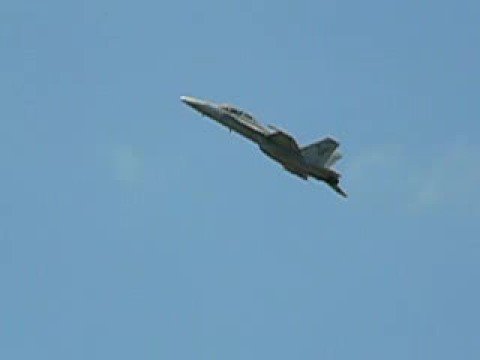 I just didn’t want to call the F-4 ugly. I prefer both of my kidneys sans stab wounds

“Powering out of this up towards the vertical.”

Check the videos again- the Hornet and Falcon scoot by at high alpha, bunt the nose down a bit, and then slowly accelerate into a climb to recover.

The F-35 pulls its nose higher and then accelerates straight up.

It implies the aircraft’s low-speed control and energy recovery are very impressive… which they are.

I didn’t think there was anything preventing the Hornet or Falcon from going straight up from their recoveries…(?)

A couple thousand pounds of thrust, and a desire not to enter the deep stall.

Hmm…yeah…I just thought I remember seeing the Blue Angels do a high alpha pass…not bunt the nose over, and continue to pitch to vertical and accelerate. I’d scour for a You Tube video…but I’m running out the door…

I didn’t think there was anything preventing the Hornet or Falcon from going straight up from their recoveries…(?)

Aside from available thrust?

Snarkiness aside, a 4th gen can do some of that stuff with a bare load-out and a nearly empty tank of gas. If you’re willing to hot-rod the airframe, it can do a lot of those moves actually, assuming you’ve got a test pilot at the controls. 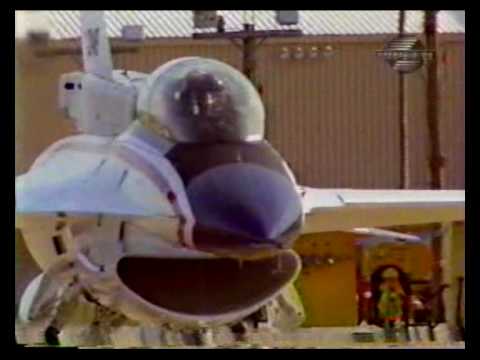 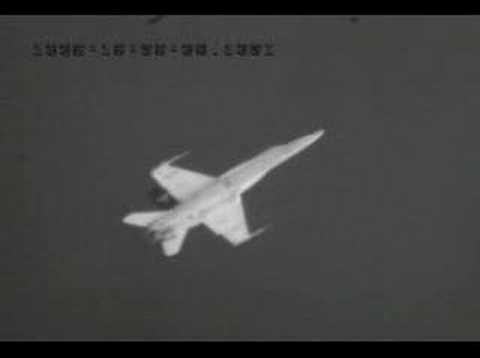 *Safely defined as “Safe relative to how safe a fighter can reasonably be expected to be.” 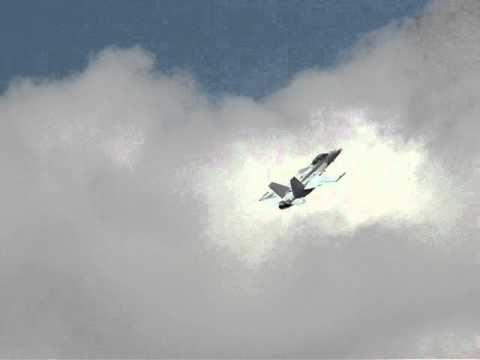 Sure…and I agree. I just wasn’t totally buying the demo pilot sales pitch. And I have no idea if any Russian or European planes can do it…

Well, we’ll just have to wait and see if there’s anything impressive about the PAK-FA, J-20, or latest Eurofighter Typhoon block demos this year. I’m excited!

Keep in mind one of the selling points for the F-35 and the F-22’s ability to do that stuff with a combat load is internal weapons. If they had to mount weapons externally like previous generations, they’d be more limited.

At the same time, a pair of bombs and missiles doesn’t seem like much of a combat load to me. But bomb trucks they’re not.

At the same time, a pair of bombs and missiles doesn’t seem like much of a combat load to me. But bomb trucks they’re not.

This is essentially the combat load of every American Gen 4 combat aircraft that is not the F-15E, A-10, or arguably, the F/A-18E/F.

You can in theory put more on an F/A-18C or F-16C, but unless you have an over abundance of tankers, or you can see the target from the airfield, it just isn’t practical.