The U.S. Federal Aviation Administration is investigating how an Air Canada pilot lined up to land last week on a taxiway at San Francisco International Airport where four planes were waiting to depart, the agency said on Tuesday.

Left most info tab:
“Friday 11:56
Air Canada Airbus 320 gets clearance to land on Runway 28R.
The pilot trains the plane towards taxi C, where 4 planes stood ready for departure, by mistake”

Its more common than you think.

Loads of instances with people landing on taxiways, even wrong airports.

Harrison Ford was on contract.

Probably visual approach, and it depends on the accuracy of the ILS.

But as others have said, its a little too common and I think it will require a Tenerife like crash before we properly start design airports around this problem. I think all major airports have had at least one or two incidents like this at some point in the past.

Its more common than you think.

I started to line up on the wrong airport once. ATC caught the mistake and gave us a short vector to correct it… I don’t think I would have landed though…because we had the ILS tuned and the moving map had the correct inbound course drawn on it…so it might have become more evident as we got closer (but who knows…we all know we are capable of blocking stuff out). It was up in Columbus, we were coming up from the south for a visual approach. It was hazy and my FO called out the airport in sight…and I went along with it…and we started a base to final turn and ATC at Columbus saw what was going on (we were turning toward Rickenbacker) and gave us a little nudge. It was embarrassing, but thankfully no harm/no foul, and a reminder to not fall into the trap of believing what you see because it matches up somewhat with your expectations… 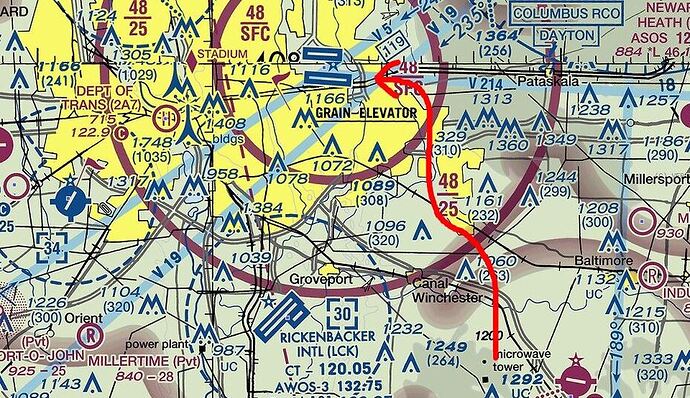 I think I can remember some occassions, when I lined up with the wrong runway or taxiway in a Sim as well. We simmers tend to look too much at the instruments. Might be different for those real pilots who try to orientate VFR.

It’s just strange to me that this happens to a professional airliner. But than again: human factors…

Some airports have additional or unused parallel runways that are only used for taxiways. So that can and has been a problem in the past.

Some places also have local weather considerations that can make acquiring visual a tad more difficult. Add to that some airports have another airport very close by with a similar direction runway and its all there to make your day a bad one.

our (company) airfield briefs mention on some airports a few of these problems and from that you can deduct that some have made the mistake before.

Easy to do. Especially so in SFO. Sometimes its so unnerving flying formation with the parallel arriving traffic that a little right aileron is hard not to do naturally.

Add to that the airports with dual pairs of parallel runways where they label them 26L/R 27L/R and the instances of lining up on the wrong piece of pavement really go up. So far, my home airport of CLT only has 36L/R/C…yay!

Easy to do. Especially so in SFO. Sometimes its so unnerving flying formation with the parallel arriving traffic that a little right aileron is hard not to do naturally.

It seems to me that this particular incident has been slightly over blown. They made a mistake, but they saw the other aircraft on the taxiway and they raised a flag with the Tower controller. Even though they mis-identified the runway, they most certainly would not have landed on it if the surface was obstructed.

I don’t know what the weather was like at the time, but often coming in on 28R you will be put on the Quiet Bridge Visual (a published visual approach). There will almost always be traffic flying the ILS to 28L at the same time, which certainly has your attention, especially because you are actually converging with the traffic to your left. Also, your nose is pointing right at the taxiway in question for most of the visual approach. You only get lined up with 28R after passing the San Mateo bridge, requiring you to jog left (again, towards the traffic landing on 28L).

This is the Quiet Bridge visual approach: 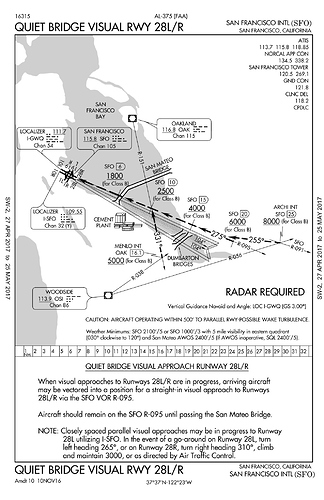 Notice that on the chart provided by Jeppesen they clearly show you need to make the jog to the left after the bridge. It doesn’t look much on the chart, but it is quite pronounced when viewed from the cockpit. 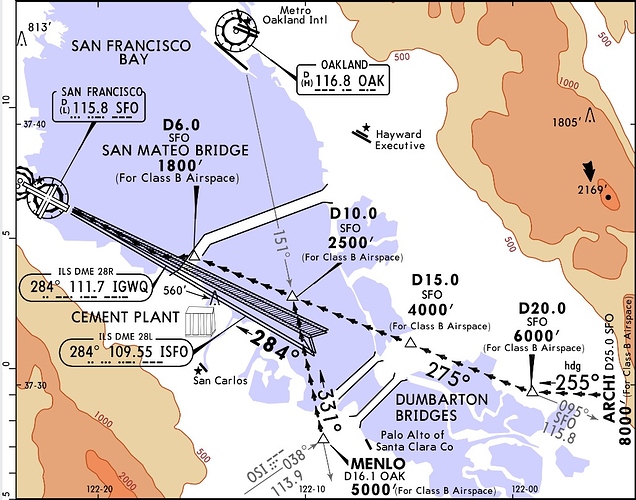 Wouldn’t a near-miss have been a lot more messy?

“As the wreckage scattered over the San Fran countryside, people commented that they nearly missed.”

I agree. Probably overblown. It obviously depends on how low they were before either figuring it out and going around or having someone else call it. When I am on the hold short in a strong crosswind it sometimes looks like the landing airplane is going to land right on top of us until about half a mile out. It’s just one of those things. My airline has had at least one guy land on the parallel to 29 in Newark.

I don’t think this was very overblown, it overflew the aircraft by 30 meters. Which is 1.5 the height of the ground to the top of a 747 tail. The pilot flying, the co-pilot and the ATC noticed this very late in the landing process. I think it’s worth an investigation to see exactly where things went wrong.

Tried to find some ASRS info on taxiway landings but unfortunately there appears to be little information on it:

But overall, very little in the system:

The radio recordings have been released 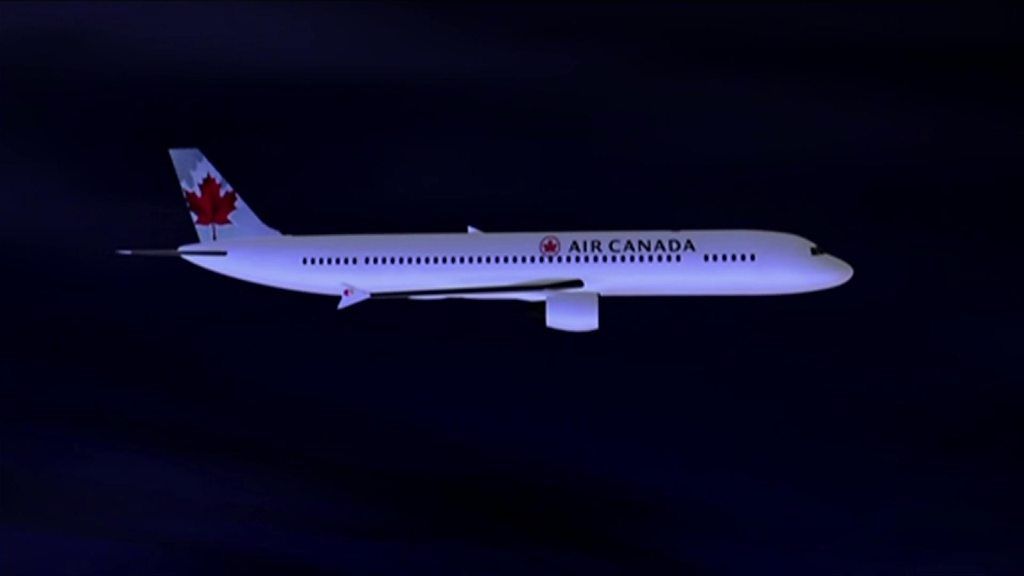 The moment an Air Canada flight with 140 on board came within 30m (98ft) of other planes in San Francisco.

100ft kind of puts a new spin on things (I thought they had gone around well before that point).

Almost like one of those seconds from disaster episodes where it stuff does go right in the last minute.