Face…gasket…interface… for the Reverb G2

The HP Reverb G2 has a easily removable face… WTH do we call that thing that makes you look like a racoon after you’ve been using your VR headset for a while?

Face mask? Facial interface? Face Gasket? Face Plate? Face Flagrablob?
Anyway… That…thing…is mounted by magnets on the G2 and HP even posted a 3D CAD model of it for everyone to download. This has made it easier for people to 3D print modifications to allow for glasses or decrease the distance to the lenses, for increased field of view.
But there’s also commercially available Face…things.
HP’s original design didn’t fit my face that good. It pressed against my temples and the foam was rather hard.
So when VR Cover came up with an alternative, I got one. It has PU leather covered foam and a frame that brings the lenses slightly closer to the eyes, thus increasing the horizontal field of view. The fit was a lot better for me, so I ditched the original HP part. I recently read about another commercially available variant, from AMVR. This design is made for users who wear glasses and it has ventilation slots.
I have only tried the AMVR variant briefly. Just like the VR Cover design, it’s more comfortable to wear, than the original HP part. Its foam has cut outs for the temples of the glasses. As the weather is rather cold up here now, I haven’t noticed any effect of the ventilation openings. The vents won’t let any light in though and that’s good. 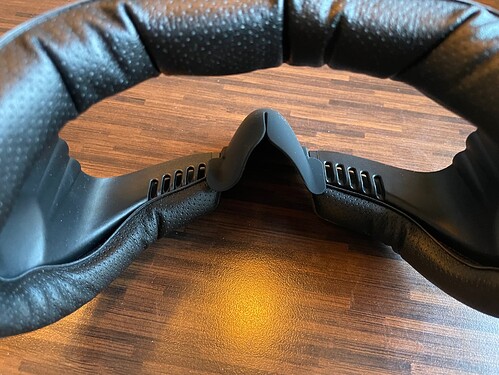 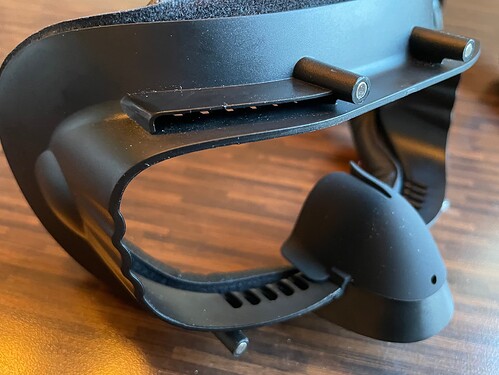 AMVR nose piece is placed on the outside of the frame, but on the inside of the original and VR Cover designs. 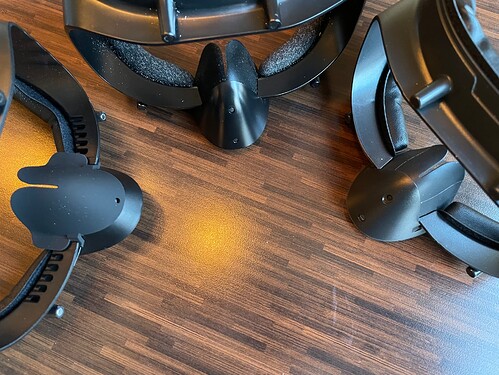 The length of the pegs that hold the magnets are slightly shorter on the VR Cover version, but about equal on the AMVR and HP. 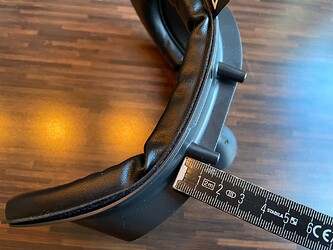 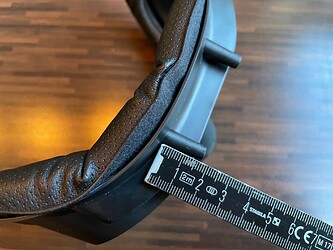 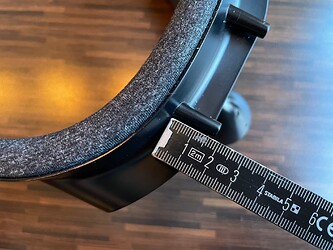 I will test the AMVR a bit more and update this thread further.
Let me know if you have any questions.

What works for me is the VR Cover without a gasket at all. It feels like you’re wearing nothing at all…

It is squishy, allows great FOV as your eyes are really close to the lenses (not sure if you could do this with glasses now I think about it) and is cheap and easy to do. 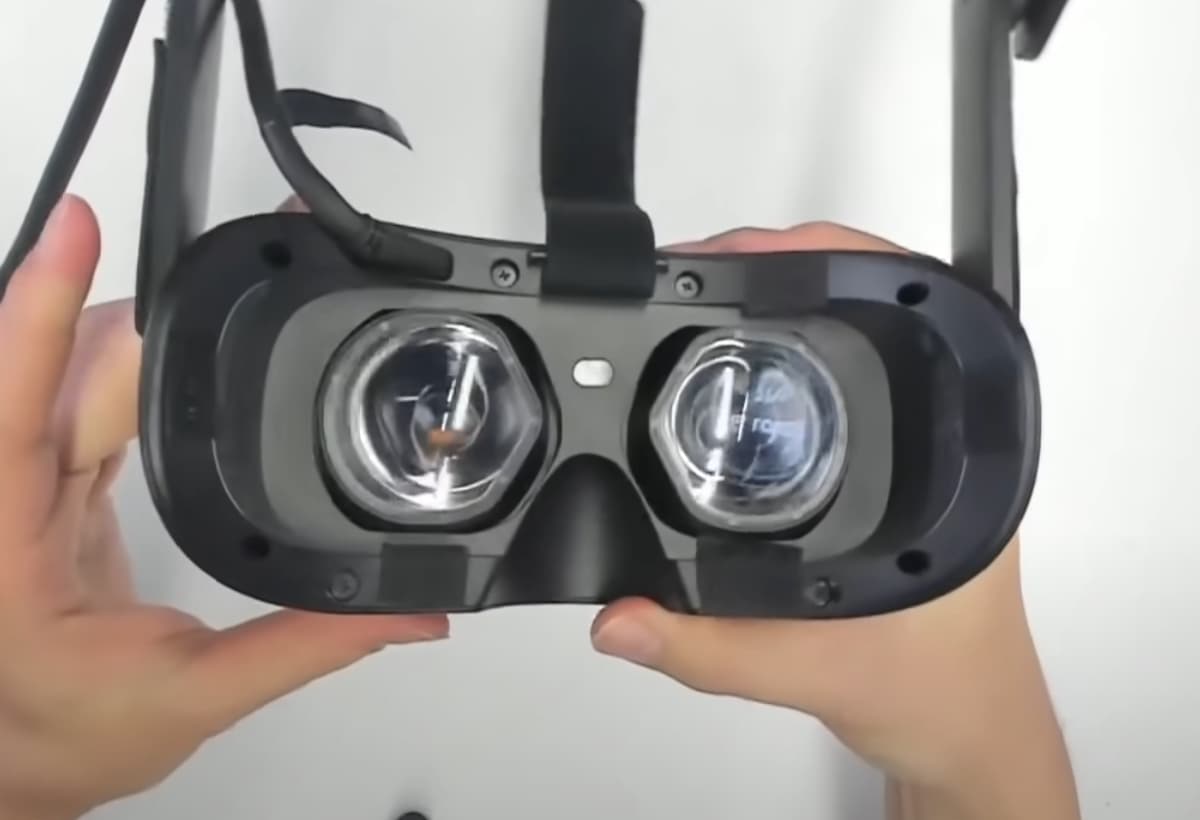 …then throw on Mr Squishy… 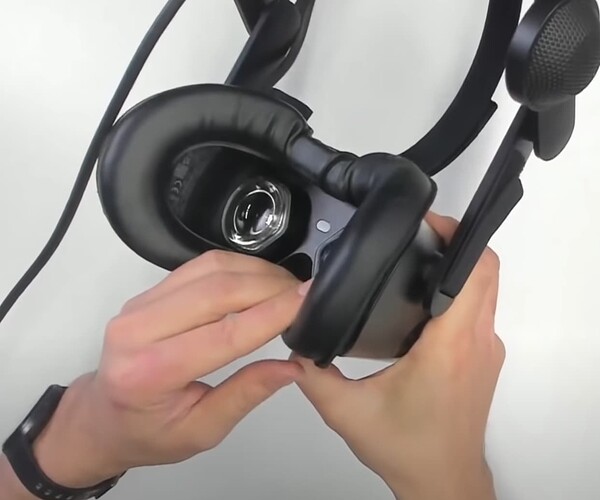 The MRTV video, you basically need some sticky velco strips and one of these (I had two from the O+ anyway): 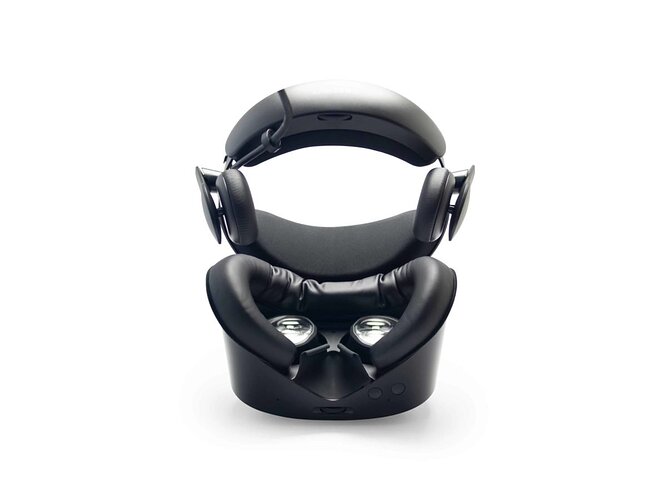 Replace the standard foam on your Samsung Odyssey Plus with our super soft 24mm PU leather foam replacements. Perfect for long gaming sessions, our foam replacements feel great on the skin and are designed to be more comfortable to use than the... You get no nose cover, but I find that the VR Cover is big enough I either shuffle it around to cover those gaps or leave a bit for keyboard peering.

I’d measure the gasket size, but there is no gasket, so 0mm?

I’d measure the gasket size, but there is no gasket, so 0mm?

From your description of the gasket, I take it you mean the plastic frame that holds the magnets and the foam.
A gasket would be the foam part, for me, as that is what deforms to seal the gap

People use different words to describe these parts. We need a unified nomenclature

Anyway, that foam is thicker than the one I use on the VR Cover and AMVR, so I guess it comes down to how hard you strap the headset to your face too.
I will give it a try though, but none of my foam gaskets are that thick.

Edit. The thickest foam I had available seems to be a soft 18mm. That brought the lenses way too close. I guess I need that particular foam.

Then I realised that I had the foam gasket from my DJI FPV goggles…! It’s not very thick but quite firm. It worked in a way… 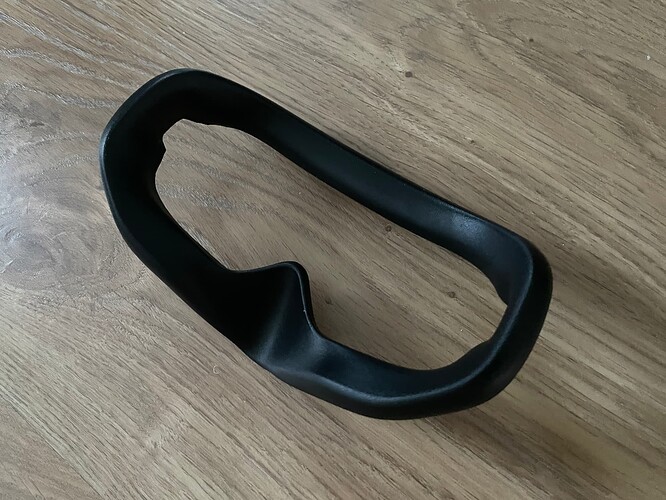 It increased the vertical FoV more than the horizontal as the HFoV becomes limited by the screens in the headset. If I press the headset to my face I can see the outer edges of the screens using the VR Cover Gasket interface too.

I guess YMMV as this also depends on your IPD.

Gentlemen as always, we appreciate your research in this area. Do I detect that there might be a collaborative house of engineering in the works? FearlessTroll perhaps?

Enough said. Just put in my order. I’m tired of always having to squish the G2 up to my face.

I wonder how long they’ll take to get to Toronto, Canada though (standard shipping)? It’s nice that it comes in a pack of two! Might come in handy for my next headset …

Over the weekend, I was able to dig up my O+ and VR Cover foam replacements. Owning a roll of gaffer strength adhesive backed Velcro, I quickly performed the faceplatotomy per Sebastian’s video. The fit is very snug on my face, with the only light coming through the top, when looking over my head to determine where the fireballs whizzing by my canopy are coming from.

Since I have corrective lens inserts fitted to my G3, I think that even though my eyeballs are nearer the displays, the difference in FOV is minimal at best. Judging by the glowing reviews of this mod, I’m guessing that barring typical YT creator pump, that those without the corrective inserts are seeing a much bigger change in FOV than I am. I’ll probably leave the Velcro in place, but will go back to the stock faceplate for the time being.

It is eyelash tight for sure. I find it quite comfy compared to the stock foam, but it’s got to be a lot to do with face shape etc.

The word on the street is HP are getting ready to sell the v2 lower profile foam/gasket that the G2.1 comes with by default in their own shop very soon. I might try one of those if it’s not ‘HP Accessary Overpriced ™’.

I wonder how long they’ll take to get to Toronto, Canada though (standard shipping)?

I’m quite ready to shave down my eyelashes as necessary LOL!

Didn’t even have to trim my eyelashes but pretty close though.

Circling back to this one. I tried the mod with the original face pad that comes with the O+ and while it did provide better FOV, was too damn hard. It’s also hard to imagine that I wore that thing for hours before replacing it with the one from VRcover. But while I was tinkering with it, decided to add another piece of Velcro and really push the VRcover pad into the headset to make more room for my fat head. That worked really well and I also like the fact that I can peak through the nose opening at the keyboard. So changing my impression to recommended.