I picked up falcon on a steam sale for like 4 dollars a while back, and have now installed the BMS stuff. Do any of you spend time in BMS? For being entirely freeware, i’m really impressed. The terrain is definitely dated, but the F-16 itself is really well done. Obviously I don’t have first hand experience with the F-16, but the flight model seems pretty genuine.

Indeed some of us do. 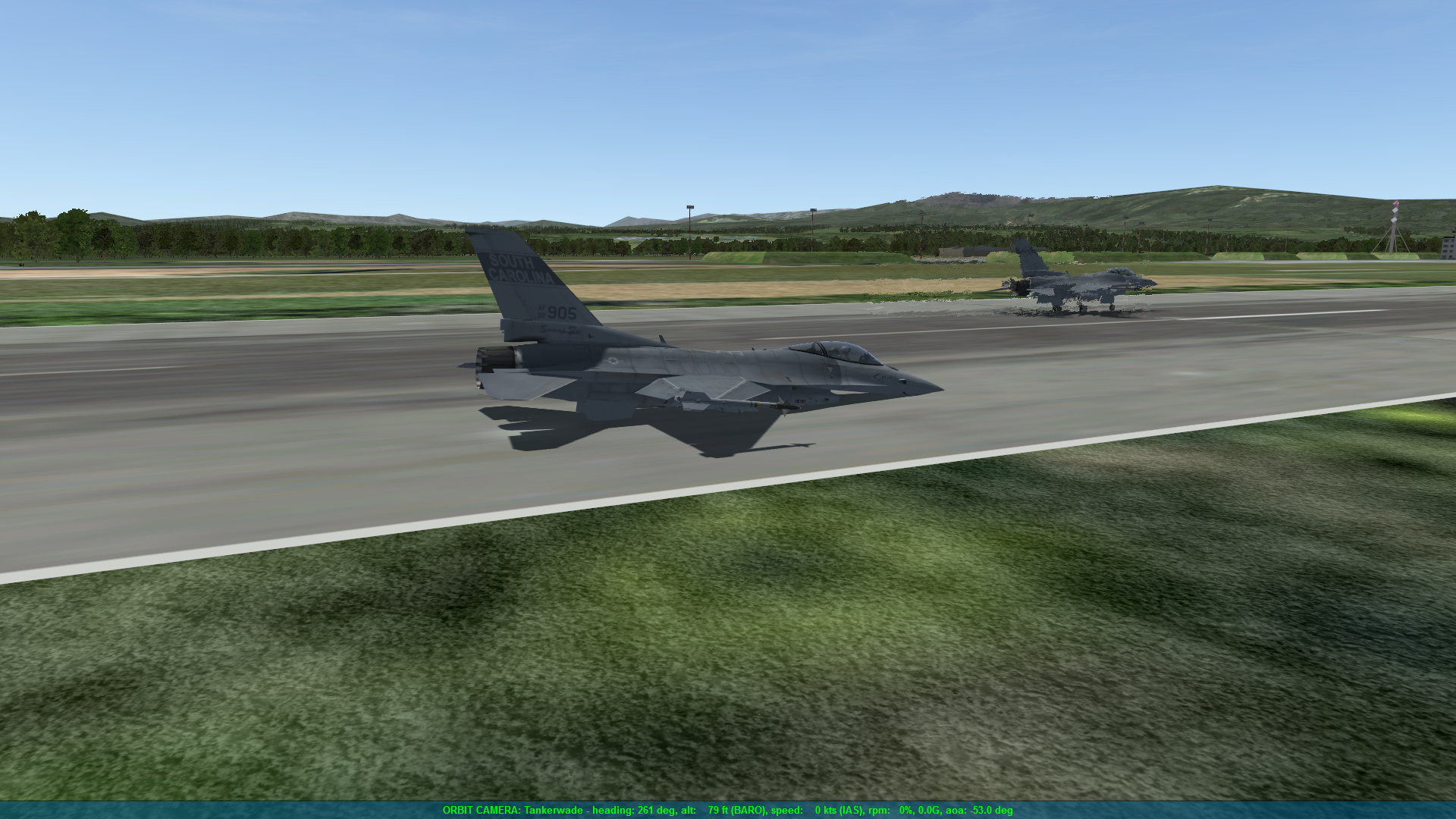 I love Falcon BMS for being the whole package- good modeling with the context the jet’s meant to be used in and more add-ons than you can shake a stick at.

Check out the Ｋｏｒｅａ1989 and Israel theatres- action packed and intense!

and i say the terrain looks dated, but really, it looks pretty good when you are over wilderness. The cities look like trash though. Do yall use a modified terrain? I’m also curious about firing up the f18 and hitting some carrier ops, but i havent figured out how to mess with the mission editor yet.

There are some terrain mods that help a bit, yes. Don’t remember exactly who’s they are, but they’re listed in the forum.

On another note, I’ll be back up and flying in a couple of weeks. Obutto goes back together this week, and after I get back from vacation, I’ll be joining for training.

There’s definitely a bunch of us on here that play it.

I really enjoy it for the variety of mission types and weapons, as well as the systems, dynamic campaign, and overall environment.

I was ultimately disappointed by the F-18. The systems aren’t modeled well and ultimately it’s still F-16 avionics. It kills the immersion factor for me but there’s plenty of guys that enjoy it so that’s completely up to you.

I’d LOVE to be able to play it, but unlike DCS the setup for keyboard/hotas and stuff is excruciating.
I simply can’t bear it anymore.

The archaic menus and control setup looked daunting, but I just downloaded a pre made profile for my hotas and called it a day. Easier to learn where someone else mapped a button than go through and do it all myself.

I really liked BMS 4.32 - but I have had problems with 4.33 and just can’t get it to work. For some reason I struggle to be able to use the switches in the VC with the mouse.

Probably a good thing - so many irons and only one fire!

I could never get through the control setup menu. I really should try a default profile I suppose.

I did a quick vid on controller set-up a while back - might help you. It mainly concerns assigning axes.

the setup for keyboard/hotas and stuff is excruciating

I could never get through the control setup menu.

Have you tried learning how to manually add things to the input keyfile or using the Excel-based editor?

Still not great, but a whole lot better than trying to use the in-game GUI.

*Sigh * yeah, saw that. I’m sorry but I can’t.
There’s a lot of sims I haven’t played enough yet.

And, trust me, I’m really sorry for that-
There’s few things I remember as fondly as the music of the Falcon 4.0 menus.
Or the Dynamic Campaign feeling. It wasn’t perfect and it needn’t to be.

Hah, no I hear you! Once I had to completely redo my keybindings and it took me at least two months to work up the courage to dive into that mess.

Once everything is set up though…

It’s… look- I can’t promise anything ok?
But maybe tonight… I can at least see if it’s up to date and… uuuh… dunno, if it runs, I guess?

And I’ll be on Mudspike Teamspeak.

Don’t think the time zones will work out for me to join in for that tonight (Europe vs. US West Coast, blegh)

That said, a semi-secret Mudspike Falcon BMS training wing has been operating on-and-off for the past couple months and it might be interesting to do a more public mission to get everyone comfy with flying together.

This is an unclassified 3-3 I found online, appears to be for the Norwegian Air Force, but from my reading through it it is pretty full up. would recommend chapter 3 if you want to understand formations and admin stuff. and chapter 4 for about the best bfm/acm Doc I’ve found online.

I’d LOVE to be able to play it, but unlike DCS the setup for keyboard/hotas and stuff is excruciating.
I simply can’t bear it anymore.

pssssh. All DCS needs is a way to set up three way switches and long/short presses without having to manually edit lua and it’s peachy.

BMS on the other hand…

Thanks Brix. Cleared up the missing controller issue.

One thing I don’t think has been said is that with the latest update, BMS assigns unique controller IDs for devices. So, in theory, gone are the days of remapping controllers once you map them. Start up without something plugged in? No big deal! Doesn’t mess with your bindings!

As someone who started with a prebuilt config and then had to hand bind most HOTAS functions because a previous version rebound almost everything to OBS buttons, this has been a welcome change.