Falcon BMS will be back online soon

4.33.1 will be available for download soon. Changes on the non-gameplay side of things are the display of the marks of the new copyright holders ( Tommo games, Retroism ) instead of the old ones and the fact that it DRM’s a bit more aggresively if you own a legit copy of the game.

EDIT: I forgot you guys need to make an account and login to be able to read it. so here is a copy paste

It is my pleasure to be able to tell you that the BMS team has reached
an agreement with Tommo, current owners of Falcon 4.0 copyrights, that
will allow us to resume making Falcon BMS community add-on releases now
and for the foreseeable future with Tommo’s approval.

The next release which will be version 4.33.1 incorporates two kinds of changes:

Fixes and updates to the Falcon BMS content based on bug reports and other inputs to the team; andSome changes specifically related to the agreement with Tommo.

I won’t telegraph the punch on the first of those categories; a change
log will come with the release as you would normally expect and the
documentation will be updated to match. That’s all I’m going to say on
that front so for details you will just have to be patient for a little
longer

The second category may require a bit more explanation in particular
because everyone will need to be prepared for changes in the way the
Falcon BMS installs and runs on your systems. For the most part, you
should be prepared already in most cases if you have run Falcon BMS
before but to be on the safe side, I want to make clear how things will
work from this point on in case people want time to make sure their
systems meet the requirements.

The biggest visible change is in how the installer and the game executable launch.

It has always been the BMS team’s approach that Falcon BMS is an add-on
for use with licensed copies of the original Falcon 4.0 game. As the
primary element of the agreement with Tommo, the game now reinforces
this principle more strongly. Specifically, the installer will check to
see that a complete copy of the Falcon 4.0 game (we recommend patching
to 1.08 to be on the safe side) is present on storage media in the
system on which the installer is running. Similarly, each time the
launcher is used to start the game, the same check will be made. In
other words, to use Falcon BMS on your system, a licensed copy of Falcon
4.0 must also be installed and present on that system. You do not need
to have run Falcon 4.0 after installing it before you try installing or
running Falcon BMS; simply completing Falcon 4.0 install successfully is
sufficient. Note that presence of a CD [or ISO] copy of the original
game will not help you: Falcon 4.0 must be installed correctly and
completely on the system for the checks to succeed. For the avoidance
of doubt, only copies of the original Falcon 4.0 game will work for use
with Falcon BMS (any other later variants such as Allied Force are not
compatible). For clarity, the checks performed are entirely local to the
system so both installing and running the game will work on a system
that has no internet or other network connection.

If you have Falcon 4.0 resident on your local system, then the first
visible difference you will see is a new splash screen. That screen
shows a Falcon BMS logo and logos for Tommo, Retroism and the BMS team
together with copyright and trademark statements that outline terms of
use. You will note from this that the Falcon BMS community add-on is
made and distributed with permission from Tommo. That permission is
conditioned on the install and runtime checks mentioned above as well as
reinforcing that, in line with the BMS team’s long-time policy, Falcon
BMS is only available for non-commercial uses. The splash screen is
displayed in time that is used to load the game in the background so, in
other words, no additional start up time should result from the splash
screen (compared to earlier Falcon BMS versions).

If you do not have Falcon 4.0 installed on your local system then the
next thing you will see is a Windows message box pop-up that tells you
that the installer or the game is unable to find a copy of Falcon 4.0 on
your system. The message box has a button to dismiss it (once you have
read the message) and then the game will exit immediately. As I said,
if you have used Falcon BMS before then you should already have Falcon
4.0. However, for those who may be new to the community, the message
box mentions some possible sources of licensed copies of Falcon 4.0 that
you may like to use to acquire a legitimate copy if you need to do
that. Other sources are possible and viable; for instance private sale
or eBay to find a copy of the [increasingly-rare] original hard-copy
game materials. [Note there were some issues with copies of Falcon 4.0
purchased from Steam (it was made available there in January 2016) –
these are now resolved as we helped Tommo get the Steam install process
working correctly – thus Steam is a viable (and convenient??) source
for copies of Falcon 4.0 if you need one.]

We had planned for 4.33.1 to be a small incremental patch for 4.33. As a
result of the changes described above, this will not be possible.
Instead, 4.33.1 will be a complete from-scratch installer. You will
have to use this to make a fresh install of Falcon BMS. That install
will be separate and independent from any other you may already have on
your system. There are a few exceptions (see docs when available) but
in the main, file content from 4.33 will be compatible with 4.33.1 so
things like key files and log books can probably just be copied over to
the new 4.33.1 install directory. For the avoidance of doubt there is
no way, supported or otherwise, to get 4.33.1 features inserted into an
existing 4.33 install…that just won’t work so we would recommend not
wasting time trying it.

While the above might cover most things you have in mind, there may
still be reasonable and constructive questions to ask so we’ll try and
keep this thread open so long as it remains useful to do so.

In closing I want to thank on behalf of the entire BMS team those of you
who have waited patiently while this situation resolved and for the
support and encouragement received in the meanwhile. We hope you will
agree that this is a good day for the Falcon community: one that
provides us all with a solid foundation on which to build future
improvements in the game that we cherish.

Good news - it’s a great mod. Glad it works with the new Steam version of Falcon 4 too - that will help a lot of people rather than ebay’ing for disks. I guess the only downside is that disk space of F4 (while it isn’t used) is taken, but better than not having BMS around… 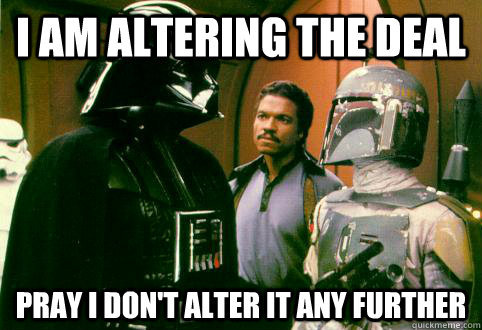 Seriously though, glad to know you can pick it up on steam now.

You’re right @boomerang10. BMS is or was only a single “cease and desist” letter away from being killed off. And even then I still don’t quite like it that that publisher is going to rake in the money on what the guys over at BMS have made. But it’s good news that BMS can continue on mostly as normal. One of the few modern combat flight sims we have left has been preserved today, I’ll happily drink one on that.

@fearlessfrog The minimalistic install is only 150MB or so

This game is from another era, I think the PC my household had back then only had 2-5GB of HDD space.

The minimalistic install is only 150MB or so

Oh wow - thanks, I didn’t realize it was that small. The next graphics card I want has 16 GB of memory, so that does sound reasonable

Good news. Although it means I really have to search for my install disc now, because when I installed BMS years ago I just copied the exe from the disc, like many others.

Haven’t played it in a while though, because the controller setup is a nightmare.

My F4 Discs are Preserved, Along with all my Jane’s, Early EA and other Spectrum Holobyte Sims.
(I Still got all my F3.0 Floppies!, lol)

I think I’ll Nab Steam Copy, that way I can run Falcon AT without ripping out the old IBM AT Machine, lol.

Either way, $10, Chump Change for me… Any Game less than a GB is insignificant, the last 5 games I’ve purchased were 25+GB. lol

Only thing that irks me is the licensing changes seem like a bit of a money grab by Tommo, -which is well with their right -but it seems unfair to the BMS team for them to swoop in and reap all the benefits of their dedication. But i suppose if Tommo recognizes the mod as the moneymaker for the F4 franchise, hopefully they will be supportve of the BMS team.

Not trying to start a discussion on ethics, just my observation. Glad F4 is readily available now too, with all the other hoops you have to jump through to get BMS up and running, having to track down a working copy of F4 would have been a deal breaker for some people I’m sure.

I agree @Kombat_Karl, it’s an odd one - in that I went through a couple of stages on this, as in:

So basically, my face went

in about 5 seconds of hearing the news.

Assumptions, unless stated publicly. Who knows what the relationship actually is I applaud everything that BMS has accomplished. but lets not pass judgement on one party or the other without all of the facts being revealed.

The BMS group have said many times they are volunteers, not paid and doing it for the love of F4.

You think they are being paid now, as that seems a bigger assumption to make?

I’m just trying to work out where you think the assumption is. The BMS statement and the transfer of IP to Tommo was all clear and public record.

Good points ff. For sure Tommo benefited greatly from the BMS development. However at some point Tommo made a business decision to invest in Microprose’s work. Hopefully the outcome will be minimal expense for an end user license, with continued development by BMS. The alternative might be something like FSX licensed to Lockheed Martin resulting in a $200 flight sim, stable as it is.

Falcon Collection is $2.49 on Gog.com this weekend…

The ever evolving history of Falcon that even Hollywood couldn’t write.

Falcon 4.0 is a combat flight simulator video game developed by MicroProse and published by Hasbro Interactive in 1998. The game is based around a realistic simulation of the Block 50/52 F-16 Fighting Falcon jet fighter in a full-scale modern war set in the Korean Peninsula. Falcon 4.0's dynamic campaign engine runs autonomously. The game is the ultimate development in the Falcon series from Spectrum HoloByte that began in 1984. HoloByte had acquired MicroProse in 1993, and started using that...

Be sure and zoom in on this:
https://upload.wikimedia.org/wikipedia/commons/a/ac/Falcon-4-history.svg

So glad BMS got an agreement going and that it will go forward with blessing if the IP holder.