In the interests of keeping my eye out for any new space games, I conduct occasional searches, and interestingly enough, just came across this: Flight Of Nova, apparently a “hard science” spacecraft simulation due to arrive in early 2021.

Flight Of Nova is a flight simulation in which you take control of spacecrafts near a planet called NVA-31. As pilot, you train to fly on several types of crafts based on realistic aerodynamic and orbital physic during transport and search mission scenarios.

Missions involves being able to put vessels into orbit, rendezvous with stations, or survive atmosphere reentry to land in one piece at surface outposts.
The planet Nova is about 12’700 km diameter and is at full-scale in the game.

Flight Of Nova features two game-play modes:
In Scenarios, start at a specific location, altitude and velocity to complete a one goal mission.
In Rogue mode, explore the vast game area from orbital stations to outposts as you gain skills and access more spacecrafts in order to figure out why you were sent on that lost world.

Something to keep an eye out for!! 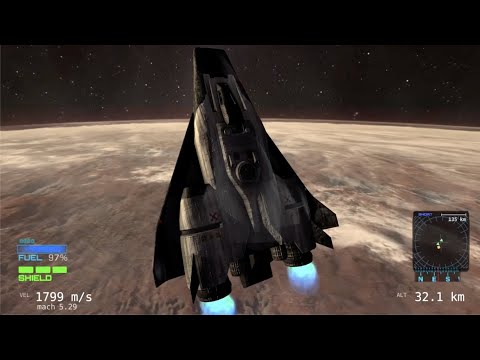