Microsoft is dropping Forza 7 in a little more than a month due to the upkeep of the licenses on the cars. Not sure how many Forza fans there are around here but if you ever wanted to try it, now is the time. Ultimate edition is $20 (that includes all DLC). They claim the servers and events will continue to run. I loved the Forza series when I was younger so I figured I’d give 7 a chance for that price.

@ForzaMotorsport
On September 15th, 2021, #ForzaMotorsport7 will reach End of Life status. This means that the game and its DLC will no longer be available to purchase. For more info, check out our latest blog post: forzamotorsport.net/en-us/news/for… https://t.co/NF5T8UjihO

@ForzaMotorsport
End of Life = Delisting from the Microsoft Store and Xbox Game Pass. FM7 will still be playable; servers will remain online, new Rivals events will still run, and our support team will still be available.

The new Forza is coming out on XBSX that’s why.

Has nothing to do with licenses on cars, the licenses are bought and paid for during development.

I was a moderator for MS and a Tester for FM2/3 so I’m pretty sure the removal is in advance of Forza Motorsport series reboot.

But I will drop fast food for a day to get FM7 Ultimate on Windows, and use my steering wheel vs xbox controller.

Plus I ended my XBL Gold Run at 20 years due to rising costs and never actually playing on console online vs windows pc online. FM7 on Windows will allow me to play online without gold. Not that good of a game, to my mind. The homologation mechanic in the game to “level up” your cars is just dreadful.

I’m quite baffled so far as a old school Forza guy. Are there any races that don’t force the car to be stock? I have my first car a Porsche 959 (what ever happened to starting in F and working up?) and the suspension on it is quite soft, but I can’t upgrade at all.

I still have my original X-box (2002 era) and the very first Forza Motorsport.
I goshdarn love SegaGT2002 too…

I Didnt really play FM after it moved to XBOXONE, as I refuse to drop another $600 for a Fanatec Setup to work, which is why I will continue playing FM on PC, as my Fanatec Setup that I sunk 1K into works great on PC and Xbox 360

I Have Sega GT and Sega GT Online (Same game but with XBL Interface thrown in, ala MotoGP and MotoGP Online Demo).

MotoGP’s Sales Spiked with MotoGP2 as it was literally a flawless Online Experience, and all of the XBL Beta Testers that played the GP1 Online demo for months before launch bought MGP2
If You owned MP1, you were able to unlock everything in the demo, other wise most of it was locked

Welp I’m finding the game within the game, a bit of adjusted expectations I guess. Some races are just terrible due to the lack of being able to adjust your car. The Ken Block focus that actually gets fast when you hit the brakes comes to mind

However that being said, I’ve probably gotten my moneys worth of fun out of it already. I have always liked Forza’s feel more than other racing games. So finding my self blasting down the Nürburgring in the rain or flying through the streets of Rio causes me to forget momentarily the issues that are present in this latest iteration. At least its a pretty game lol 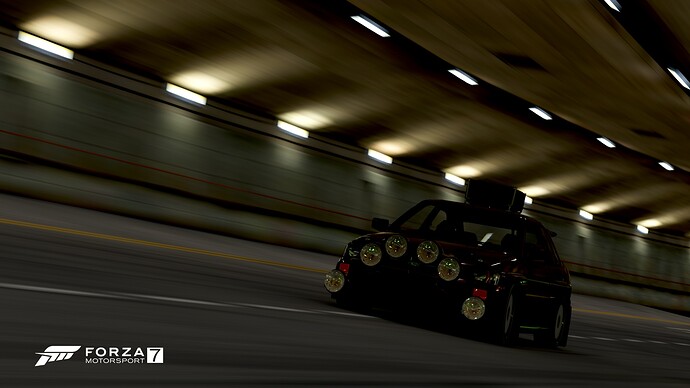 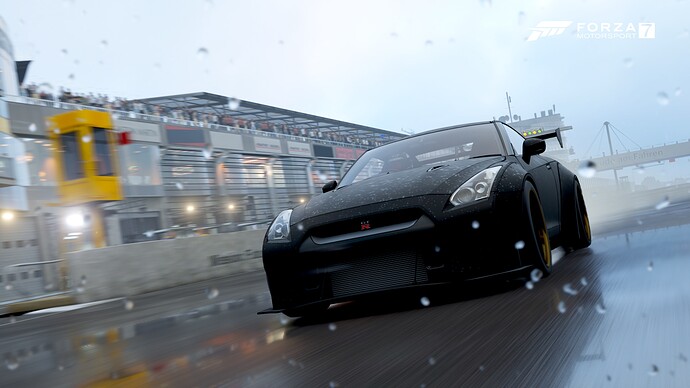 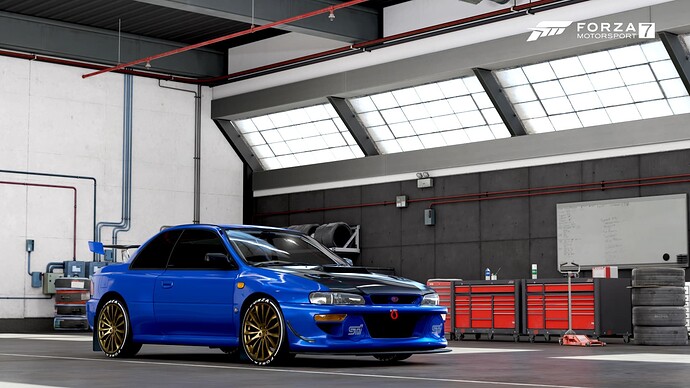 I am sad to see that so much of the parts for upgrading are gone too, the game feels kinda gutted compared to previous titles. I also see a lot of customization coming out of the Horizon series which is doubly sad for people that don’t want such a arcade experience.

@komemiute I still have SegaGT2000 as well, and its on the dual disk with Jetset Radio Future

@komemiute I still have SegaGT2000 as well, and its on the dual disk with Jetset Radio Future

ts on the dual disk with Jetset

I have a Trial for FM7, i might check it out before I spend money on it, if they stripped all the tuning out of it, then I will be grossly turned off.

Tuning engine suspension and aero, visually and performance wise is what made it appealing

You can still tune all the little perimeters and mostly that seems to be the priority on this time around. Most cars just don’t have any visual accessories that I’ve found so far. They will have one to two levels for each part but since it breaks homologation basically instantly when you add a part its sort of a pointless feature.

You can free race with whatever parts you have, and honestly 3 laps around the ring pays pretty well too.

downloading trial to desktop, if I have too I will put on laptop since it has a better GPU.

6 Hr limit on Trial, but I have to sit through the intro…

FPS on the Intro Race seemed OK, but my Xbox Controller thumbstick had an issue, and I dont have time today to setup the Fanatec Gear.

Prolly put on laptop, and then use Fanatec Gear on Laptop and output video to TV.

Cleaned the thumbstick on my PC Controller, need to get a new USB Cord/Kit for my Xbox One Controllers, seems the cable is worn and doesn’t charge and maintain connection

I must’ve played it during a free weekend on Xbox One a while back.

Can’t fault the graphics on this game… 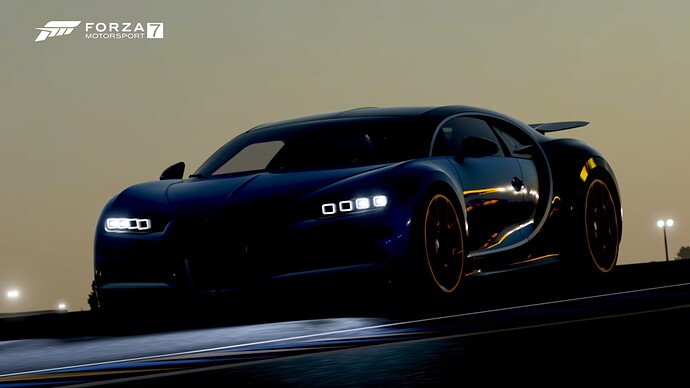 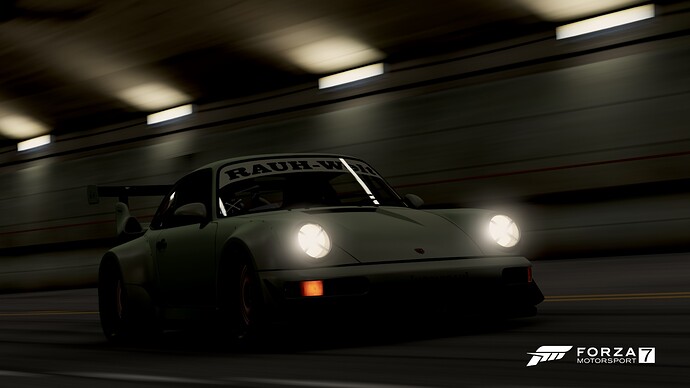 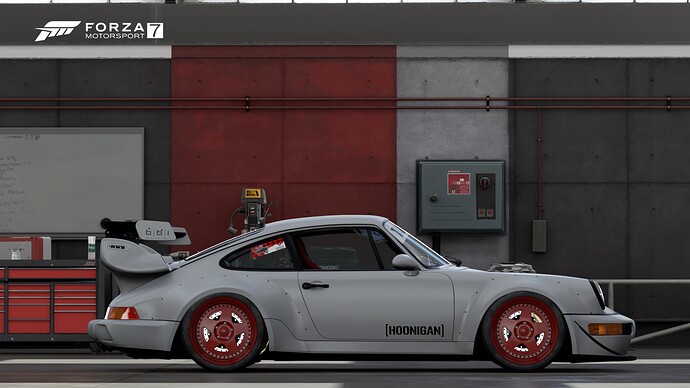 The fact that it’s running smooth on my 7970 Lightning is a shock too, looks like the app auto detected and put some items at medium, but still looks better than FM5/6/7 on Xbox One did.

Gonna Grab it this weekend for the $20 Price plus I have some Credit’s with MS Marketplace already.

Ran on both my Lightning GPU and my RTX3060 Laptop.

Likely use Laptop and Wheel and Hook to TV since I can’t run 3 screens wide on desk.

Added another 100 Cars to my garage… lol. and removed the 6 hr countdown, I was at 5 Minutes left…

Pretty familiar with the Series already, looking forward to using a wheel, I hate driving games with controllers, especially Sims, as i feel the thumbsticks are too over sensitive for some cars,

ie I can Drive most of the super cars with all assits off using a wheel no problem, steering is easy, as well as braking and power control.

with a controller, it’s a non stop over power, over braking, or over correcting fight…

I skipped FM6, and I only played FM5 for a few weeks after I got my original Xbox One, being forced to use controller was the main reason. and I was not prepared to drop another 500+ bucks on a new wheel just for the Xbox one, when I already had spent 1K on a Fanatec Setup. A Setup which worked on PC, PS3, PS4 and even PS5, but only worked on Xbox 360, Despite having the Forza Motorsport Logo on it.

I may invest in the $100 Adapter “Drive Hub” but I need to read reviews and get more info, if it’s a legit Wheel Adapter, then Good, but if it’s a simple Fake Controller → Wheel Translator, then no, because it would be limited by the limits of the controller itself.