End of November 2015, German audio company Teufel presented an over-ear headphones with Active Noise Cancelling (ANC). A small microphone on the outside of the headphones measures sound level, and inside the headphones a sound with the same amplitude but inverted phase is generated - thus cancelling out the original sound. This works best with low frequency sounds - like, for example, the noise that air conditioning, engines and wind against the hull makes in an airplane.
As I regularly fly pretty long distances (Shanghai - Amsterdam, around 10-12 hours) I wanted to give headphones with ANC a try*. And they were on sale via the Teufel Audio website - so I ordered a set, had them sent to my Dutch address and then waited a few weeks until I could get back there and try them.

The package was sturdy cardboard, slightly oversized, with an inner box that was exactly the right size. Very well packaged, not much chance of damage. Upon opening the inner box I saw the travel case for the headphones, and a single AAA-sized battery. The travel case feels strong but maybe slightly large as compared to the other ANC headphones, Bose’s QuietComfort 25. 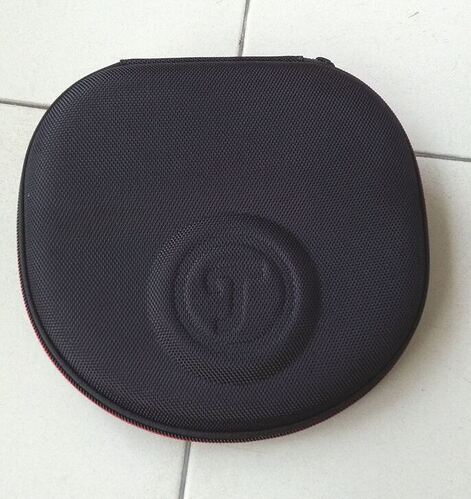 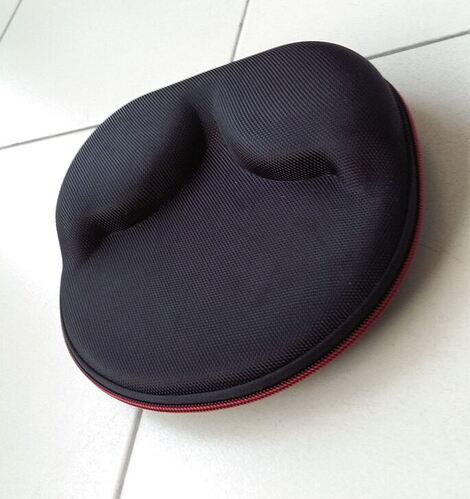 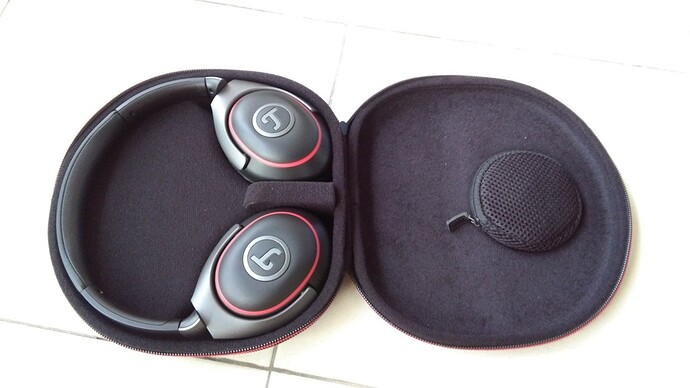 Opened travel case. Everything fits snugly inside. Even though the case is rather large, it’s also rather thin - easy to carry in your backpack

As you can see, the ear pads can turn 90° to make them fit in the travel case. The small pouch contains a 1.3 meter braided cable (to reduce noise created when the cable rubs against your clothes) and an adapter to use the headphones in an airplane’s entertainment system. Plugs are standard 3.5mm TRS stereo plugs. 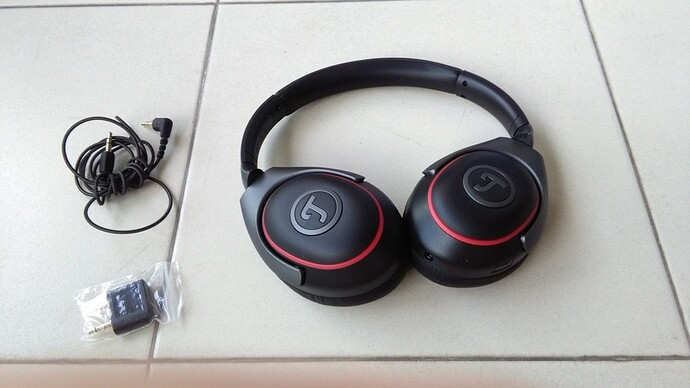 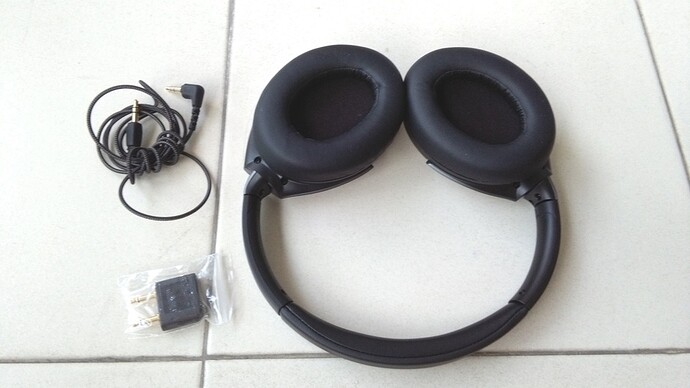 The headphones are made from a strong, tough type of plastic. At first sight it may look slightly cheap but using it, it quickly becomes clear it’s a real quality material. The ear padding is soft and very comfortable, even after wearing for several hours.

Teufel Mute with ANC turned on, as indicated by the red LED. The single AAA battery goes into the right earpad. Headband is shown here at its maximum length.

Apart from turning 90° to put them in the travel case, the earpads are also hinged, and the band that goes over the head can be adjusted in length. The headphones will fit just about every adult head size.
Behind the left ear is a small button that turns on ANC - and a red LED will illuminate to tell you that the gadget is on. If you’re playing music, this will just continue - but external noises will become much less. Perfect if you have a white-noise app on your smartphone. Or just want to listen to some good music. Click the button again to mute playback. A long click will turn ANC off again.
The battery should last around 40 hours. Even without battery, the headphones will still act as normal headphones.
The Teufel Mute does not have a microphone (except the one used by ANC) - so it cannot be used for communication.

Now, I’m not an audiophile who can tell the difference between gold-plated demagnetized connector cables and normal ones - but to my ears, the music sounds good. High tones sound high, low tones sound low, there’s no ‘flattening’ of sounds nor any crackling if the tones become too high. I usually like to listen to many different genres, including classical, symphonic rock, ProgMetal or just plain old EuroPop. Nothing of what I heard caused any problems. And, as mentioned before, the combination of ANC and white noise was really good - even allowed me to sleep on the plane. There is a clear difference in the music experience if ANC has been turned on or not - with ‘on’ being, by far, the preferred situation.

Nice review! My only experience with ANR headseats is the ones we use on our aircraft (Lightspeed). After flying for decades without them, ANR really is a massive improvement. I often see airliner travelers wearing them. Since I’m usually traveling with a 6-year old…I haven’t had a chance to use headphones for the past few years.

Instead, we are the ones generating the noise that others want to cancel out…

Thanks for the review!