Getting back to Flight Sims is ... annoying

This is just a small, introspective rant, really. So, please feel free to like and subscribe or go tell me to go … you know

Been a few months since I fired up the old flight sim. I was doing a nice bit small bit of helicopter flying in X-Plane with the new Virpil collect and enjoying it. Decided to upgrade the VR gear, to get what I hoped was a better experience in VR. Swapped the 2060 Super for and AMD 6800 XT, and the HP Reverb with the G2 in early January. Also upgraded to Windows 11 because I like the new interface. You heard me

Spend the night before last updating everything. Lots of patches to apply to everything, so my sim time was spent in patch maintenance.

Last night, decided to fire up X-Plane for a quick refreshed in the Robinson R44 … and the performance was terrible. It was manageable before the upgrades but now, in the Steam VR performance meter I was consistently above the red line. Tried some new drivers and such but no luck.

Ok, I thought to myself. Maybe it’s just X-Plane. Let’s try DCS. And yeah. Same deal. It was at least ‘playable’ but it was frustrating.

So I guess it is time to start over with my setup. Not sure if that is a ‘wipe everything and start over’ thing, or something less invasive. I don’t really enjoy the tinkering with drivers and settings, not like some people. I want to fly virtually more than I want to fiddle with the bits.

Does anyone have a link to a good AMD VR setup guide or should I just hunt down the closest 3080 TI and be done with it? I expected the 6800 XT to be on par or slightly better than the 2060 Super, and maybe I just need to tinker a little.

Yeah. I am being somewhat lazy. My search skills for these items usually leads me to old information or down rabbit holes of sites and videos that are … less than good and accurate.

Didn’t try MSFS yet as I really wanted to do helicopters and I am not convinced that the helos in MSFS2020 are where they should be until after Asobo does their helo magic in the fall.

EDIT: In my XPlane session, when I ended I noticed some hidden dialogs complaining about Vulcan support not ‘being there’. I will check that tonight.

I have heard about performance problems with AMD on Win 11 Systems. Not sure it’s been fixed, last I heard about it was a couple of weeks ago.

There was a significant blocker. That was fixed, or maybe ‘fixed’. I will check further on that.

So I guess it is time to start over with my setup. Not sure if that is a ‘wipe everything and start over’ thing, or something less invasive.

Sorry to hear about your problems. While my system is running fine…I am probably near time to do exactly what you were referencing…a total system wipe and reload. But, if I’m not really experiencing any issues…I don’t know that I really want to do that. It is more of a housekeeping thing than anything.

In my XPlane session, when I ended I noticed some hidden dialogs complaining about Vulcan support not ‘being there’.

A couple of weeks ago I was getting X-Plane crashes upon start due to some Vulcan issue. They went away, but I would have to reselect Vulcan as the driver when I booted up X-Plane, then you have to shut it down and start it again to get it to take. I always picked an island like Bermuda or something to do that so that I wouldn’t have to go through long load times for scenery…

Hey Fridge, haven’t you learned that using VR is more art than science

Good news - I don’t think that you need either a hardware upgrade or a rebuild. You don’t mention what CPU you are using, but I’m running an AMD R5 5600X on Windows 11 and it’s not having any noticeable impact. Your 6800 XT rates slightly higher than my 3080 in the latest Tom’s Hardware Benchmarks. 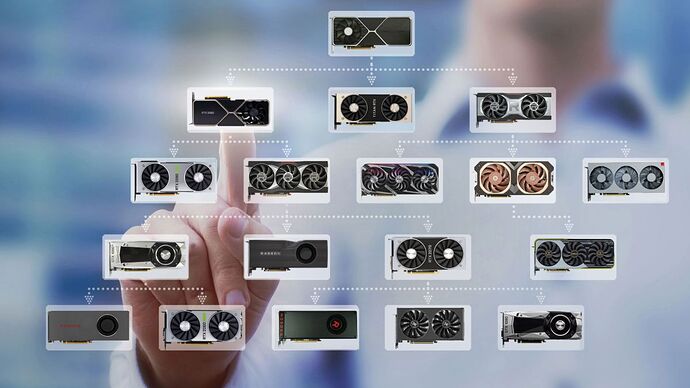 We've run hundreds of GPU benchmarks on all the current Nvidia and AMD graphics cards and ranked them in our comprehensive hierarchy.

Most games seem to benefit from using an upscaler in VR and there is a pretty easy to use interface for both the AMD tech, FSR, and the Nvidia tech, NIS. @fearlessfrog has created a great post for this. Once installed, with some minor tweaking, it runs automatically when the sim loads, but can be toggled on/off and or tweaked on the fly if needed. YMMV, but in general, it seems to add 10 to 20 fps in DCS with some sharpening. I think that the X-Plane dudes are using this. Worth a read through.

EDIT Jan 2022: This project has been updated/renamed and the latest should be here: https://github.com/fholger/vrperfkit Below is the original first post: Modified OpenVR DLL with AMD FidelityFX SuperResolution Upscaler This modified openvr_api.dll allows you to apply FidelityFX SuperResolution upscaling to many SteamVR games, as long as they use D3D11. https://github.com/fholger/openvr_fsr Something like Skyrim as an example: https://imgsli.com/NjAxNTM/0/1 Now off to try it with DCS. N…

If you have returned from the dark side, MSFS uses OpenXR as the Mixed Reality runtime instead of SteamVR like everyone else. There have been good results using an upscaler with it called OpenXR Toolkit. Great intro video here. Sorry to hear about your problems.

It’s one of those things that if you don’t keep up on it, it seems to get away from you before you know it

Yeah. I was going to dig into that thread and see if there were some quick bits I could do before my eyes glazed over. I was just surprised how things went from okay to worse. Granted, I did a Windows 11 update in addition to swapping to the 6800XT … just to make sure I couldn’t figure out which change mucked with my performance.

I am using a 5800X for my processor. I think that I should be getting better performance than I am seeing, I just wish that I changed one thing at a time

I will spend a little time this evening poking things.

Not sure how relevant but I didn’t observe my new box (AMD CPU, 3080Ti, Win11) performing as I expected until I spent some time de-bloating the drivers and Win11 itself. There’s a thread on this somewhere. Of course that box is for nothing but flight sims for a while (my usual practice over the last quarter-century).

The up-scaler(s) didn’t make a huge difference (after the above house cleaning) to me, just made instruments (MFD’s) a tiny bit harder to read.

My difficulty with re-entering flight sims after three years of grad school caused a little hiatus is relearning a ton of fine motor skills and systems knowledge. Even something as simple as SF2, I’m struggling to really get some traction and be successful. I’m tired of playing big stupid games like Battlefield and Call of Duty. They’re just so boring.

I read something the other day that really resonated with me about the modern landscape of gaming. In the realm of multiplayer gaming, people like me are the bots that a very small group of people get their dopamine on when we die. I’m just fodder. So I’m not cooperating. If it doesn’t have compelling single player, I’m not buying it. And if doesn’t take some brains to get good at it, I’m not buying that, either.

people like me are the bots that a very small group of people get their dopamine on when we die. I’m just fodder.

Believe it or not, I read it in an article about playing BF2042 in bot mode. 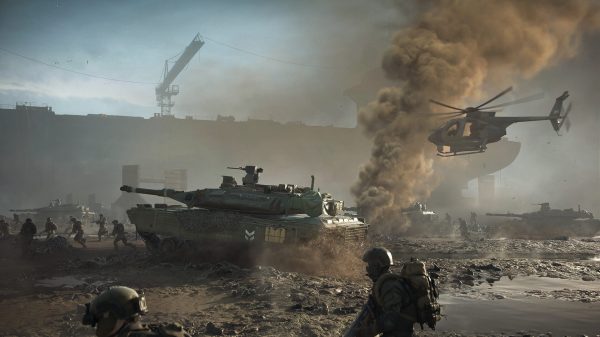 Battlefield 2042 is better with bots than humans

It’s a cartoon of war where one player and their occasional drop-in co-op buddies take down entire armies.

but will we have the winners without the second, third, fourth etc.?

I read something the other day,

Wow, that explains my, general, thoughts well. It’s just easier for the game companies - my opinion only - to skimp on the AI as they have plenty of LPB’s (Live, Pink Bodies) to do it for them. That’s what’s led me to ‘roll my own’, at least in DCS.

In the realm of multiplayer gaming, people like me are the bots that a very small group of people get their dopamine on when we die. I’m just fodder.

Haha, well put! As I’ve gotten older, I’ve unfortunately had to admit that my reflexes are not what they used to be in my teens and twenties, and I just can’t compete in modern twitch shooters any more.

The last COD I played was MW. The original one, haha!

@chipwich and @fearlessfrog’s VR articles have made DCS very nice. Not sure how much I can add to a mission before it bogs down but I was able to do some circuits in a Huey on the Channel Map and it was pretty darn smooth. Does that magic work for X-Plane and/or MSFS?

If you have returned from the dark side, MSFS uses OpenXR as the Mixed Reality runtime instead of SteamVR like everyone else. There have been good results using an upscaler with it called OpenXR Toolkit. Great intro video here.

Sorry. I am just seeing this bit

I will look into that.

I must admit the same. but at the same time I am always pleasantly surprised how good are the young lads when they teach me lesson or two

but its not shooters, its IL2

Thanks for the help everyone. Was able to get everything sorted out and DCS and X-Plane are providing some great VR Helicopter experiences. Most of all, thanks for the encouragement!