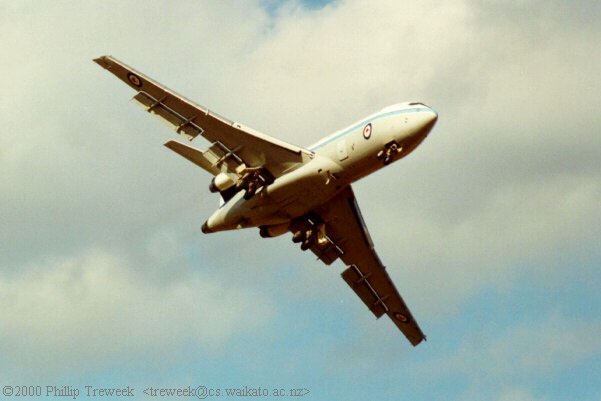 @PaulRix recently noted about the impending Xmas trek ahead of us. Now, I purchased the beautiful FlyJSim Boeing 727-100 earlier in the year, together with the 3D CIVA INS addon – however I am yet to take her to the skies. So I’ve decided that this year she will be my Christmas ride!

While it would be fun to learn as I go, in the past treks I’ve found myself to be a bit rushed on the journey – trying to incorporate flight planning elements into the experience etc. but too often succumbing to simply using the GPS direct route to find the way.

Hence, I’m going to give myself a little head start this year and take some time to learn the 727 and CIVA INS before the fun starts.

We also haven’t had a Get Out the Hangar Queens for a little while…so hopefully nobody minds too much if I unofficially declare this September a GOTHQ Boeing 727-100 month!

I don’t suspect we’ll see similar participation levels as DCS modules, given only a portion of the members play civilian sims and only some will have the module…but who knows, I know a few people have flown treks in the bird before and might be keen to refresh their memory. Regardless, the thread will serve as an AAR diary / place for questions for me. 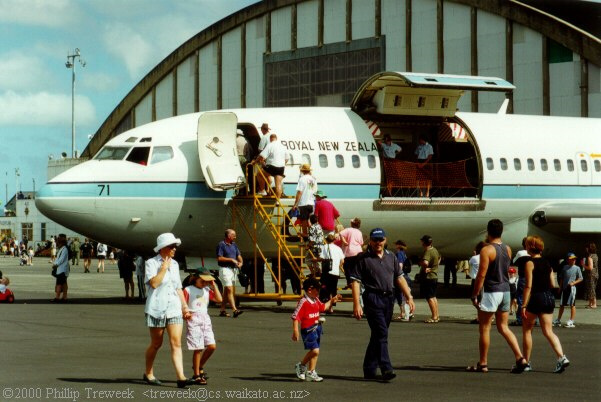 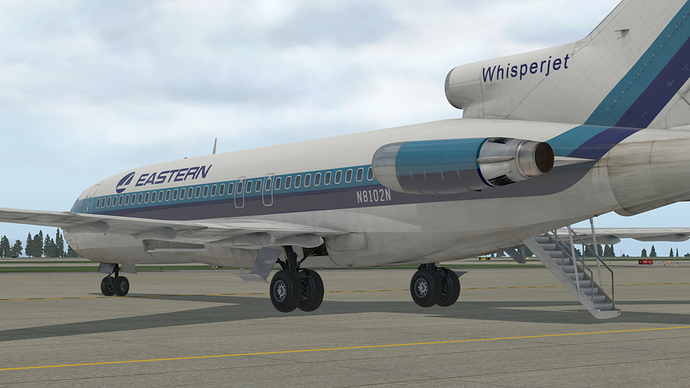 The cockpit is a little intimidating, but it’s not an Mi-8, is it? The Hip’s cockpit flows are a hellish concoction created by soviet engineers on a vodka and pickled cucumber diet…and I’ve still managed to contort my brain into a shape where they now make sense.

Surely the capitalist Boeing designers had a more reasonable approach regarding sensible workloads for a 3-man crew. I guess I’ll find out. 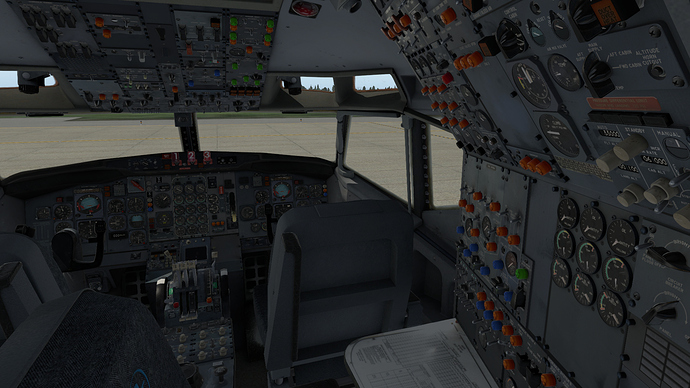 One thing I haven’t yet worked out…all these gadgets and things, where’s the armament panel? There’s lots of colourful buttons but none of them show any indication of delivering any boom or brrrt whatsoever. 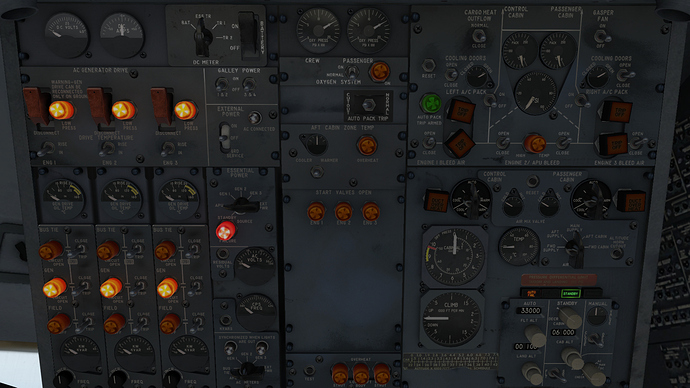 I haven’t heard of a fuel bug…hopefully they’ve fixed it!

Got her up and running…took me most of the evening, though! Haha. Time to hit the sack and do more soon. 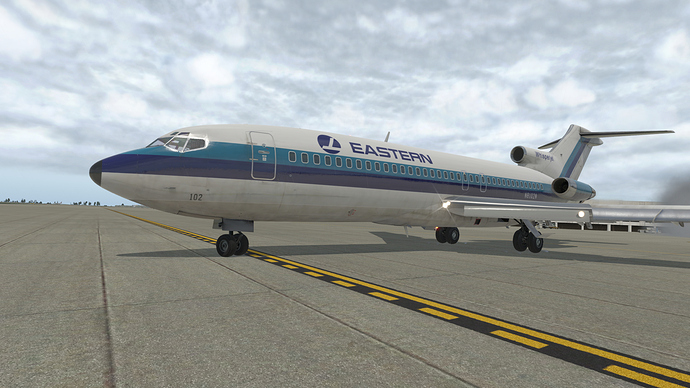 We also haven’t had a Get Out the Hangar Queens for a little while…so hopefully nobody minds too much if I unofficially declare this September a GOTHQ Boeing 727-100 month!

Nope! That’s awesome! I don’t have it but I am excited to read about it and maybe even pick it up!

Study that panel well, particularly proper care and feeding of the electrical system. Quick question to test your knew knowledge: Regarding the 727, which is the non-essential bus?

The bus that takes the co-pilot to the airport! Har har har.

I found an interesting website, which looks quite old however seems like a potentially good resource for background info.

I’ve just been skimming through but so far I’ve found a rather in-depth explanation of the electrical system and some tips on how to reduce loads in the event of a generator failure:

The module comes with a persistent wear and tear system and fairly detailed faults including generator faults…so knowing how to manage them may well come in handy. 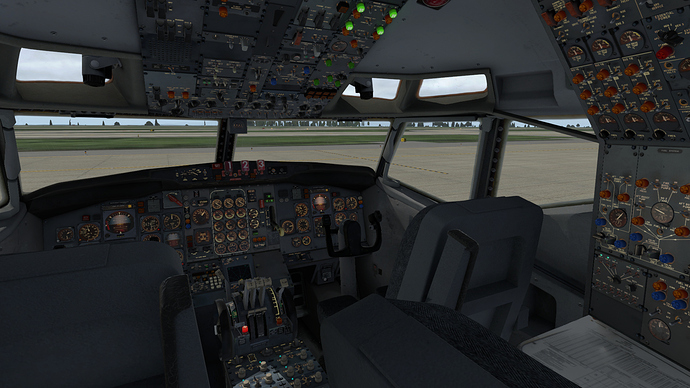 Another cold start done with spinny bits spinning and most of the orange lights off…interesting to look at the level of detail after doing a bit of reading on the above site. 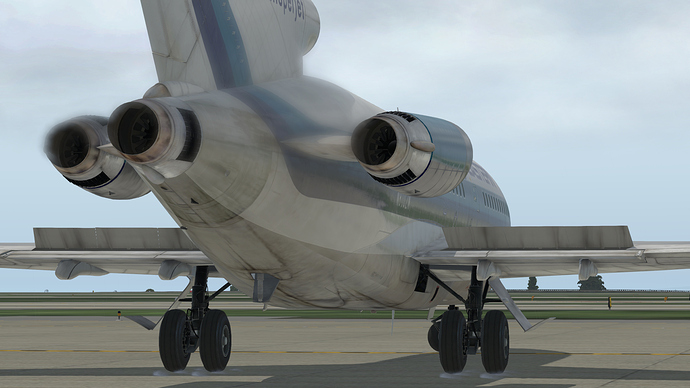 The makers of the module have drawn the line on the detail at the circuit breakers (not included), which is probably fair enough and for my benefit…but you do notice a few things, which you conveniently don’t have to worry about.

One quite neat thing I had no idea about is…there’s a fair amount of detailed youtube videos on 727 cockpit operations etc. It’s quite cool to read the guides and then watch it done IRL. I guess civilian pilots can be a bit less hush hush about how everything works.

I challenge you to find a “hush hush” airline pilot.

That squat stance at MTOW looks like you don’t want to go over any speed bumps on the way to the runway or you’ll scrape the belly! 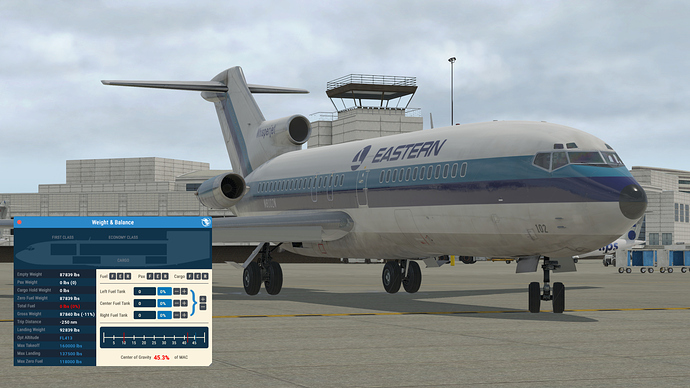 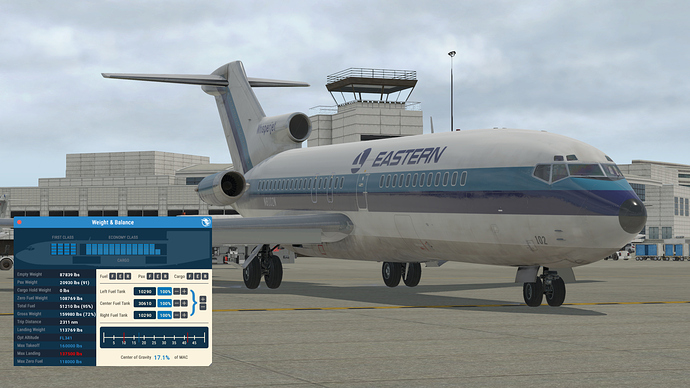 Another cold start and some taxiing practice for the first time. This bird is the largest aircraft I’ve ever tried to learn by some margin. Interestingly, I left TrackIR off for the startup…it’s a lot easier to use the snap views for the various seats and panels rather than trying to crank one’s head around awkwardly. 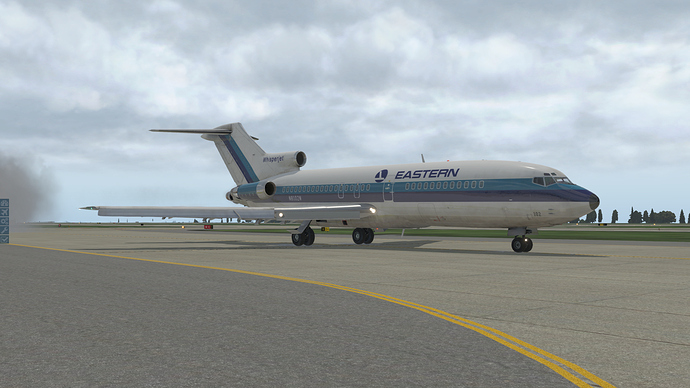 I challenge you to find a “hush hush” airline pilot.

I fixed it for you