GPU MLU: How to make a GTX10 series video card cooler and quieter than it ever was

It may look like I’m throwing around aviation-related TLAs. But instead of Ground Power Units and Mid-Life Upgrade programs for fighter jets, I want to tell you how to make sure your Graphics Processing Unit does not sound like said fighter jet.

Because of the incredible shortage of video cards that we have gotten used to by now, I had to let go of my wish to replace my old GTX 980Ti reference card with a new RX6800XT. 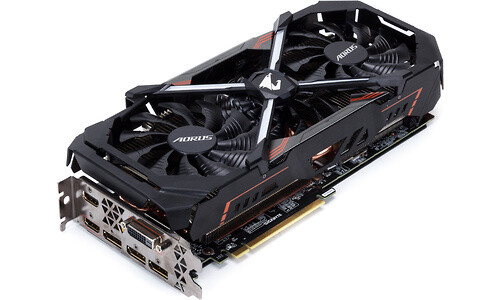 I settled for an Aorus GTX 1080Ti Xtreme, a model from April 2017, so almost 4 years old by now. Still a big upgrade from my GTX 980Ti blower-style (I call them vacuum cleaners) reference card, both in terms of performance and sound levels.

But with all the Noctua in my new pc, the GPU was still by far the loudest component. So I started looking at how to make it quieter.

I discovered 2 things, and did them both, since it is easier in one go. This unfortunately menas I do not know which action was most influential in the improvement.

The most obvious thing is to replace the thermal paste with fresh thermal paste. You probably have some left that came with your CPU cooler.

The other more radical option is something I spotted mostly in the Small Form Factor PC community. Replace the GPU shroud and fans with high-quality fans. I used the best 120mm fan ever, the Noctua NF-A12x25 (I swear I don’t have Noctua stock, I just like the engineering).

For this specific card, it was impossible to remove the shroud without removing the cooler, so I did both in one go.

Of course, we want hard data, so I set up all my pc’s fans at a fixed speed and measured the sound level in a reference spot with my phone at 39dB. I recorded the GPU temperature after playing a DCS track for 15 minutes on my VR headset.

Then I changed the thermal paste and fans, and re-assembled the card and set the new fans at a speed at which they caused the same 39 dB on my measurement for a fair comparison. I have to say though, that they seemed less noisy to me, because of the lower pitch of the noise. Still, let’s see if the cooling has actually improved. I couldn’t make a fairer comparison.

The result? After the pictures!

Before and after cleaning the thermal paste: 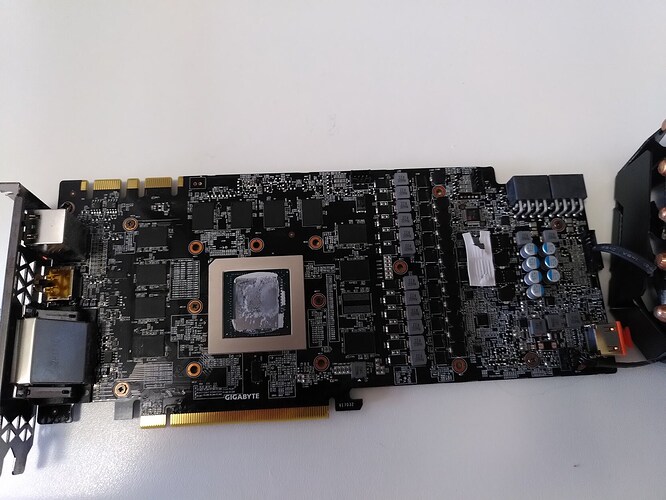 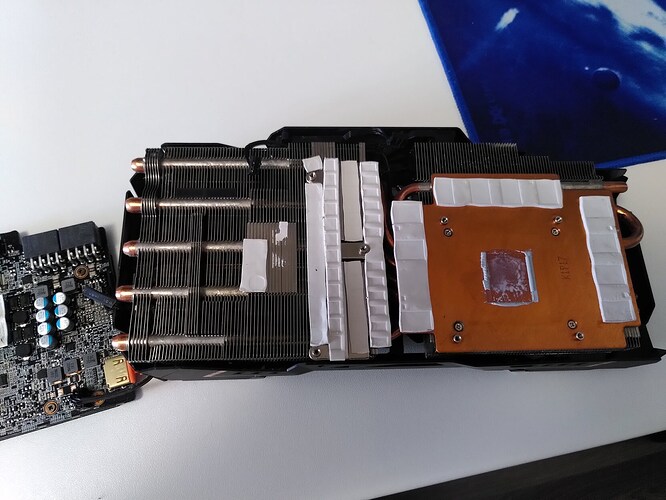 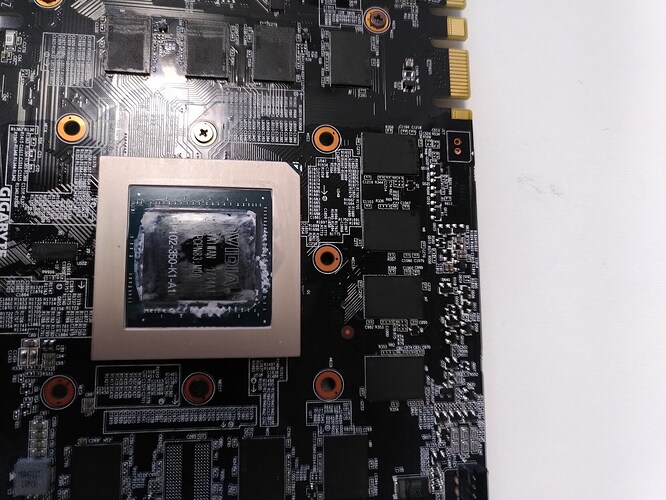 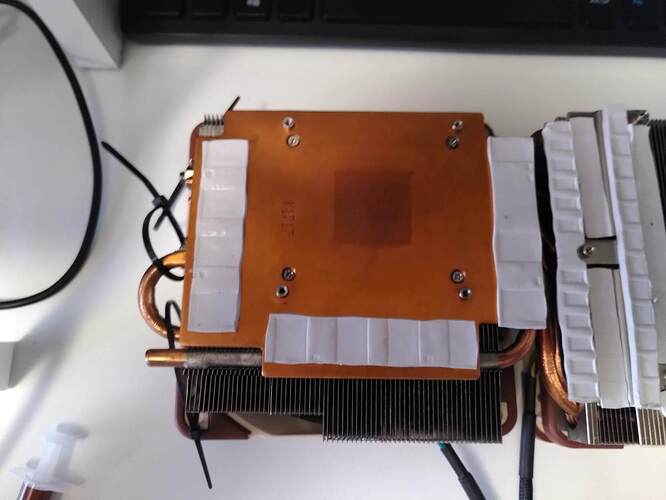 With the new fans zip-tied on: 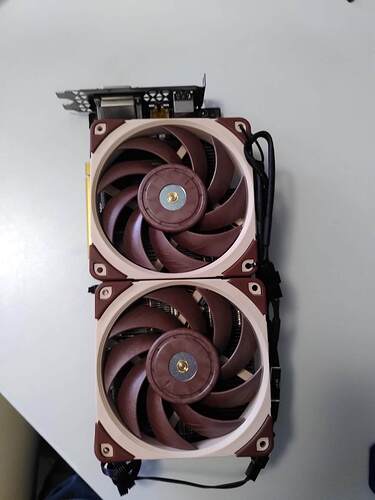 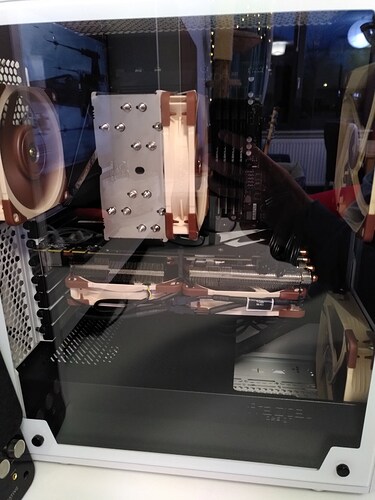 the GPU temperature with fixed fan speed at 39dB, after 15 minutes of the same DCS track went from:

Of course, I then adjusted the fan curve downwards and am now enjoying a very quiet gaming pc, but this experiment shows how dramatically the cooling performance increased, with hard data.

If you are also wondering if your GTX10xx or older video card was always this loud, I can recommend re-applying the thermal paste, and if you have some high-quality fans laying around: this is a lot cheaper than water cooling your GPU, but it will get you closer to those sound levels!

I did this in the second half of January and have been meaning to do a write-up ever since, only got around to it now.

I wasn’t sure how long I would be using the card, since I am of course still looking for an RX6800XT, but it’s already been worth it!
Even if I manage to get a new card tomorrow

I should do this to my 2080, but a bit scared as it’s essentially my pension plan now…

I forgot to tell you how I knew which screws to loosen. Of course trial and error works, but I was lucky that this specific card had been disassembled by GamersNexus so I knew exactly which screws did what.
However, cooling solutions are often shared between different models from the same manufacturer, so you should be able to find a teardown video or instructions on /r/sffpc for any kind of card.