Sure looks pretty damn cool… kinda funny because when I was in the 80’s Army as a MP, we deployed to Honduras for 6 months, are job as MP’s were to escort Blackhawk and Chinook helicopters into the deep jungles of Honduras and surrounding Nations not allowed to say, we would pull perimeter on the resting helicopters make shift landing zones while groups of 4 to 6 men with no marking or insignia would disappear for hours at a time, sometimes (3 times for me), we would hear distant explosions, and an hour or so later they would come running out of the jungle, yelling to crank it up, get on board… we quickly would and disappear.

Never knew who they were, what they did…etc etc, but we did get medals for drug enforcement operations after our return stateside.

Makes you wonder, lol… like I said looks like a great game, my only concern is the greed of companies like Ubisoft, and I expect to see this turning from a military tactical operation game to a clown show game with stupid skins. That does look cool. Wonder if it will be free roaming. After so many hours playing Far Cry, Arma, and similar…I can’t stand “channeled” gampelay. I like to be able to roam free and die in very unusual places in the map that the developers never imagined. (How’d he get up in that tree??)

it is a open world game… you got the whole world (map), you select what mission to do, and how to do it, (night/day…stealth, guns blazing etc etc…)

it is a open world game… you got the whole world (map), you select what mission to do, and how to do it, (night/day…stealth, guns blazing etc etc…)

Sweet! Like I said…a thousand ways for me to die!

Official Website. Ghost Recon Breakpoint is a military shooter set in a diverse, hostile, and mysterious open world that you can play entirely solo or in four-player co-op. Available now on Xbox One, Stadia, PS4, and PC.

I got high hopes for this one… and I know I shouldn’t. 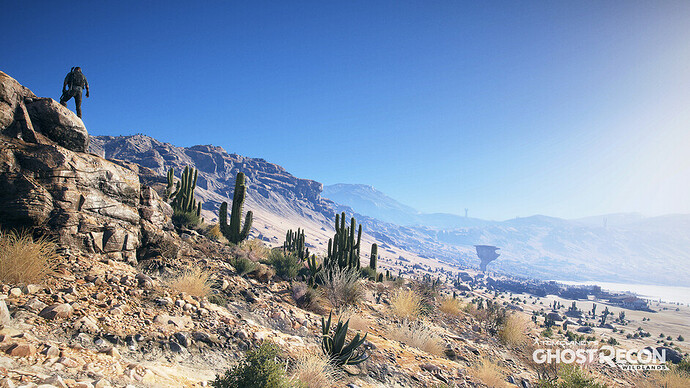 @BeachAV8R If you havent played Metal Gear Solid 5 you should, I think you might like it. Open world and tons of ways for you to die.

@weaponz248 wasn’t MGS V on sale recently, i almost picked it up

Guys, just tell me it wasn’t made by the same developers of The Division…

I still kind of miss the firstest iteration of Ghost Recon.

It might have been, I got it for Xbox around Christmas time last year, I think.

The Division was Ubisoft Massive while GR Wildlands is Ubisoft Paris.

@komemiute The original ghost recon was and still is an excellent game. It was brutal, and had exceptional online gameplay. The one shot one kill aspect forced you to be careful, unlike a lot of modern shooters where you need to empty a full clip into someone to eat away the health points.

Its one of the classics for sure.

I’m looking forward to Wildlands but I will admit the original Ghost Recon trilogy was my absolute favorite GR series. I felt like the series lost the essence of what made GR special and went downhill after the original. Hopefully WIldlands will return to roots.

I was uber excited for the Division but after obtaining level 30 and completing the story, the game lost its appeal for me.

We will see if WIldlands delivers. 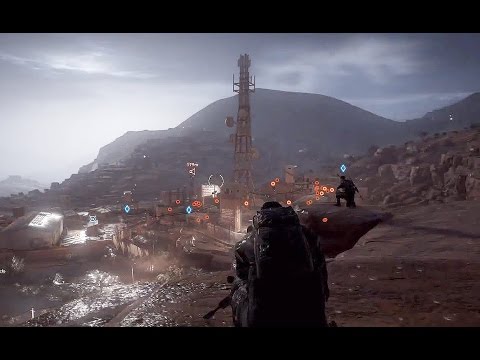 So they’ve made MGSV with fewer flaming whales and more co-op.

I’m tentatively okay with this.

The GR Wildlands Open Beta went live today (23rd Feb) and should run until the 27th of Feb. Might be a good chance to see if it floats your boat?

I’ve been playing the PS4 version. It’s about what I expected.

I expected it to not be very good. It’s not a terrible game, but I liked it when it was called Mercenaries. Or Just Cause.

The gameplay isn’t terrible, but it isn’t very good, either. If you’re playing solo, you can finish the entire game with the guns you’re given from the jump. The AI is sub-par, both friendly & OPFOR. The skills tree is interesting, but you’re literally scrounging everywhere for parts to your guns or new skills. Like using C4.

A lot of noise has been made about the vehicle physics. It’s deserved. The cars are awful, the motorcycles aren’t better, but the worst are the aviation vehicles. The airplanes, while dreadful, don’t even come close to the nightmare that is flying a helo. You have a fairly passable parachuting mechanism that you’ll want to use rather than fly a helicopter. You feel like you’re flying on the end of a rubber band.

The story is awful. The drug war, Ubisoft? Really? That’d be bad enough, but the voice acting sounds like the One Act Play department of the East John Tyler High School decided to do an action movie. The dialogue is stilted, uneven, and unconvincing. If you can believe, the dialogue of Future Soldier was better.

I’ve played through the first province and killed the first boss. I have a sneaking suspicion I’ve seen everything that Wildlands can show me.