Have the Americans pulled a Firefox on the Chinese? 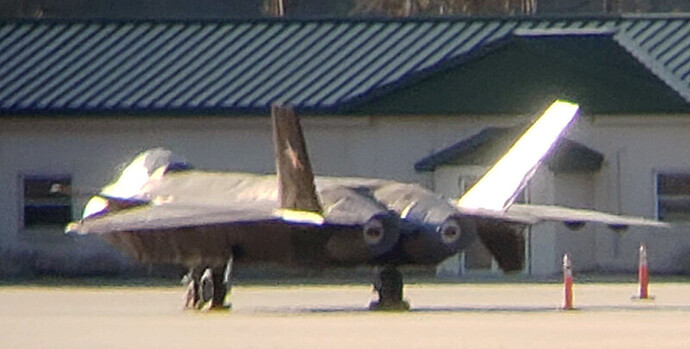 What Appears To Be A Fake Chinese J-20 Allegedly Spotted At U.S. Base

Bizarre Photo Shows What Appears To Be A Model Of An Advanced Chinese Stealth Jet Allegedly at Georgia Airfield. File this under, “Too Weird to Believe,

I just thought I’d add that I really really WANT this to be real. How cool would that story be. I understand it probably is a fake or a copy but it still would be an awesome tale once it was declassified

I find that highly unlikely, also it’s probably a prop of sorts.

In the past such things often were props for movies filmed in cooperation with the military.

The aggressor plane for the new Top Gun movie? You never know.

I thought the same!
Who’s the bad guy in TG2?

I think I agree with some of the article’s comments that it’s shopped and likely of a model.

I thought the same!
Who’s the bad guy in TG2?