I realized that I never said to much about myself on this superb forum. Recently here one newbe member introduce yourself, therefore I will use this topic as opportunity to introduce myself.

Although it’s basically @NEVO (thanks) who bring me back to this flight simulator internation forum true is that I was already registered because of @BeachAV8R arctiles which he written for simhq.com.

I apologize that I forgot to introduce myself.

For some time I wasn’t active member.

Very shortly: since 1998 when I bought first PC (AMD K6 233 MMX with S3 Virge DX/GX 4MB VRAM) I flew almost the each flight simulator which was on the market or at least I tried it.
Later when internet in my country was financially available (I had 56kbps modem) I joined as member of 42 Czechoslovak Virtual Squadron flying on Falcon 4 Super Pack 2.

Then I was one of founding member SVK Slovak&Czech virtual squadron flew on Lock On Modern Air Combat (LOMAC) + datadisk Flaming Cliffs. But I left this squadron because they were too much oriented on the east (= Russia). They had else opinion on things which happened in history and nowadays in case of Russian war on Ukraine would be interesting to hear their opinion if they changed or not their minds on the Russia. BTW you probably know that my country (Czechoslovak republic) was since 1968 to 1989 occupiped by “friendly” russian army.

In one period of my life (2 up to 3 years) I was also very active member of 1st Czech Lions flying IL-2 Sturmovik Forgotten Battles + datadisk + Pacific Fighters (later 1946), we flew only german planes which caused several issues in my country where we beat nazist in WW2. Especially WW2 veterans pilots from RAF/Russia didn’t understand why we are flying german planes and not with russian or RAF.

Then I had several years (really long time) pause and after won the most difficult dynamic campaign in DID F-22 Total Air War on hard difficulty on 11. February 2017 (I wrote article about it on combatsim.com), I was so excited to proved it and shortly after that I started be active member of newly borned Falcon 43rd Czechoslovak virtual squadron which basically borned on the base of 42 Czechoslovak Virtual Squadron (3-4 original members including me are there nowadays).
I also flirted some time with DCS World (as successor of Flanker 2.5/LOMAC) Czechoslovak group around retitred real Gripen czech pilot and commander of squadron with nickname Bravo (and the original ones pilots of Su-25 or MiG-21) but they take virtual flying too much seriously.

As person who like planes since I was born

and person who was pupil on glider L-13 Blanik (real glider, I believe well know around world) in 1996, I like flying not only combat simulation but also civil like Flight Unlimited 2/3 or Flight Simulator 2004/X and newly 2020 of course.

Long story, I know. Glad to be here! 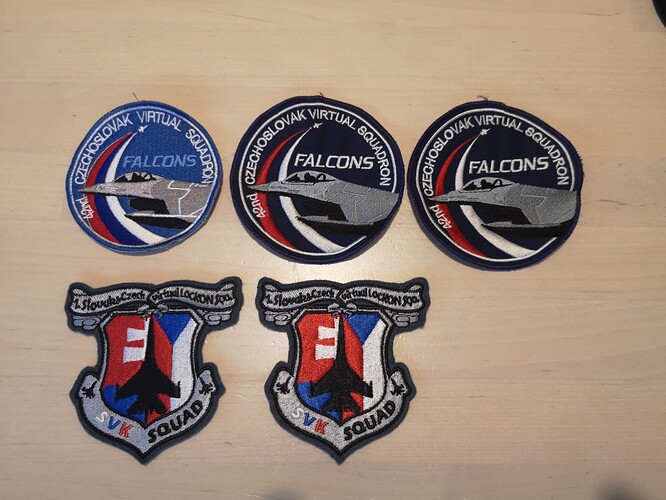 My current squadron and something more to support Ukraine. 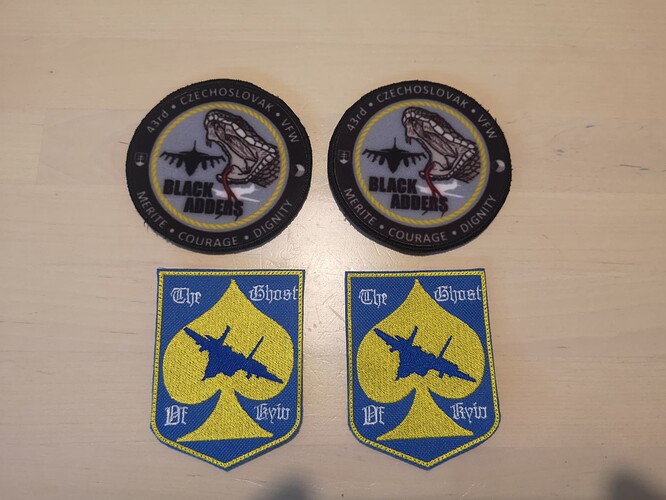 Welcome @Rapier! It is good to be able to get to know you - and this post is a great idea!

Thank you. Pleasure on my side!

Thanks for the introduction @Rapier ! Though we got here through different sims, it seems we have similar gameplay preferences. Fun to read your sim history!

Pleasure on my side. I remember times when I was not good in English speaking even reading (to be honest, I still need to improve it) and later when my English skill was improved, I got opportunity to read retrospectivelly a many articles on combatsim.com + simhq.com and especially old (archived) forum on combatsim.com to searching about everything related with Digital Image Design EF-2000/TAW on others sims when I was younger.

I found there a many interesting things which I didn’t know and also used it as opportunity to improve English.

BTW two days back there were some people on mudspike discord and I was silently listening on the background. They native English skill wasn’t easy to catch for me even if I work as IT proffesional in internation company nowadays.

Welcome. I am fairly new myself. It is a nice Forum. Wow, you have or have had so many different Sims! Cheers.

I never really introduced myself, just turned up and started talking (posting) like I belonged… It is an Australian thing

It looks like we started with many of the same sims. I have lost count of all the hours that I put into EF2000.

We kind of accepted you anyway, @Rapier

i must say that you guys have the coolest patches of them all, both virtual and actual airforce!

glad we have you here now ‘full time’ Rapier

and as I feel kind of responsible for you now

just little side note.
this place is so cool imho because one thing we dont do here is that we dont discuss politics here. we usually even dont express our political opinions (because that could lead to discussion). there are better places on the webz for that nonsense

all good, just wanted that we are on the same page

Thank you all for warm welcome! Glat to see that I’m no alone with my long life hobby. So now is your turn to introduce yourself.

As many of you I also started written topic without introduce myself. Obviously this isn’t only Australian thing.

When I was younger I had more time to fly everything but nowadays with family everything is much more complicated. Basically I fly only Falcon BMS 4.36 and when I have a time also MS FS 2020 on XSX. I have installed on PC of course DCS World but never fly the most of modules which I bought, the same for IL-2 Sturmovik Battle of family.

BTW did you somebody recognized white plane in background of 43 VFW patch? Small quiz here for you guys!

Greetings for all fans of Digital Image Design, Jane’s Combat Simulation, Oleg Max, Eagle Dynamics and many, many others.

Today, I celebrate birthday, here is one additional photo from NATO Days 2021 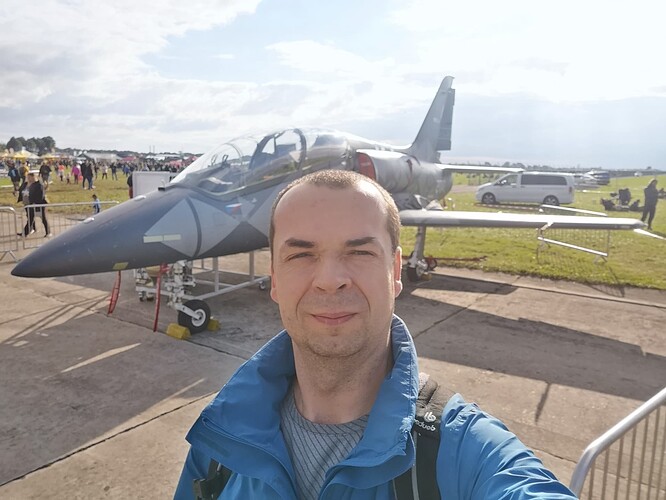 They native English skill wasn’t easy to catch for me even if I work as IT proffesional in internation company nowadays.

Ahaha you should check in when @Cib is on. Not even the other Brits can follow his accent

Feel free to join in on the next fight club. I bet your English is far better than my Slovenian!

The plane, is it a Balalaika? 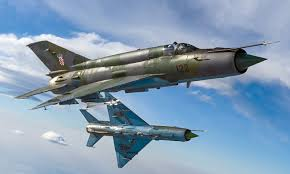 Yeah, I can imagine it! Its not easy to understand natives. I was on Microsoft TechEd Nort America 2014 conference in Houston.
Microsoft presenters like for example Mark Russinovich and others spoke understable English but others on the street and hotel spoke different US English…

Nope. The Ghost of Kyiev is MiG-29. The quiz plane is this one: 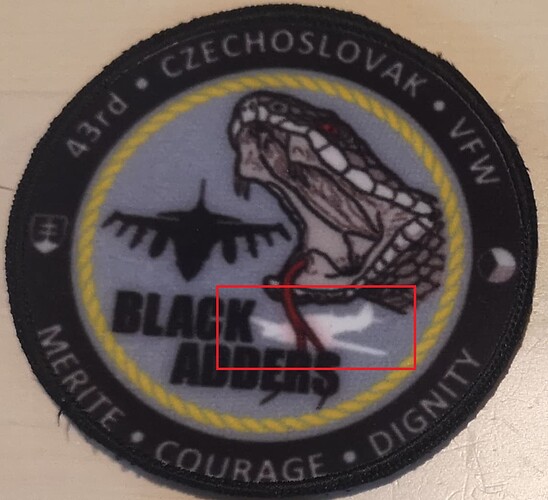 Avia S-199? Long shot i think but its the best i could do

I was thinking the same… but I am not sure about the aft canopy shape.

Oooh thats a good one. I think you may be right