I thought this was interesting. We’re a (goes off and counts them) 4 Switch console family, so obviously we like the new wee Fat DS. Zelda, anything Mario and Animal Crossing all very popular in the frog household.

What this is though is a full priced game with a 44 MB download that is played entirely over the internet and on a different data-centered computer - the Switch console is used just to display and relay controls, so streamed. 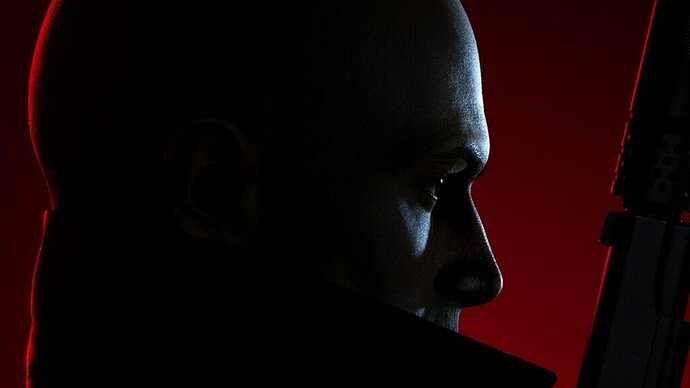 With the roll-out of 5G and houses with better internet (remember, the Switch has no network port other than wireless) I guess this could work. No install time or waiting for patches.

It’s also nice that it doesn’t let you even buy it unless you play the demo level and it says your network is all ok, so that’s a good thing.

Jumping into Hitman 3 for the first time on Switch, you’ll be instructed to play a short demo set in the ICA training facility in order to ascertain whether or not your internet is capable of running the game at an acceptable level. Play the demo for a couple of minutes and you’ll unlock the option to purchase the full experience and jump right into the action with no further downloads or hold-ups. The client itself is free to download, and less than 50MB in size, so, if you’re tempted, it’s really a no-brainer to at least give this a whirl and see how your home network holds up.

I wonder if this is a taster of things to come?

Note: AFAIK Hitman 3 can’t run without an internet connection on any platform, due to ‘reasons’ (probably DRM).

Nvida has their own cloud streaming game service. I haven’t tried it out, but for titles where a little latency is okay, I can definitely see it working.

Yeah, this is the exact same tech. It’s interesting because rather than being pitched as ‘Use this service’ it’s more like ‘Buy this single game’ and sort of downplaying what’s going on.

It’s an important swap around in how they talk about it. I think it might work for a lot of the people that the Switch is aimed at (it’s never going to be the super high tech POWER 4K HDR ++ sort of console player).

Pricing is a bit of a funny one, in that it’s just the same traditional $70 USD, when they didn’t have to port anything but then do (for how long?!) have to provide the backend. If they wanted it to take off they could probably be more aggressive about it, but maybe they like selling stuff on each platform.

Cool. We are a Switch family too, our three girls heavily into Animal Crossing, Minecraft, Smash Bros, and Mario Kart. And while I join them occasionally, I do it out of wanting to spend time with the kids, more than enjoying the games they are playing.

I’m really intrigued by the platform and how it can be extended though.

We 4 player on the TV with Mario Party and played through Super Mario Bros, they are great games for any age. My daughter and wife had a really odd fixation with Animal Crossing, to the extent that ‘Stalk Market’ α charts were being drawn up and planned around - gotta min/max those turnip prices apparently! I personally liked Zelda BotW, just because the unit is so ‘instant’ that it’s nice that you can pick up something and it just works.

Hey…so are we! I mean…if we add in the two destroyed ones from Kai flinging them across the room in RLR™ (Rocket League Rage) in the past two years. (He always gets to buy the replacements!)