Here’s the HMS Prince of Wales aircraft carrier off the coast of Seaham here in the northeast of the UK. I think the other one is HMS Dragon.

Designed for VSTOL aircraft, namely the F-35 and can hold up to 70 of them. 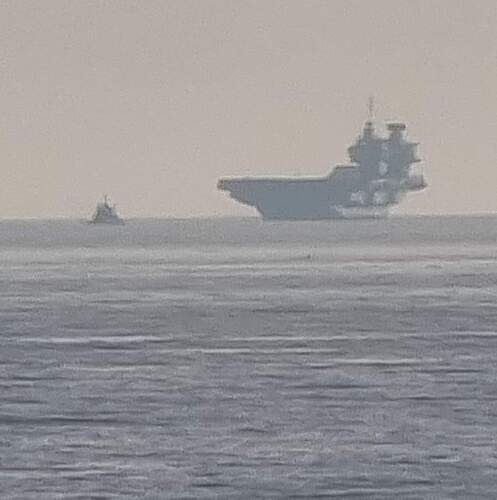 I spent quite a bit of time in seaham for work as well as blackhall rocks haswell etc. Nice part of the world, I love those limestone valleys near Peterlee

You guys should be right chuffed about having a vessel of such stature in your fleet again, despite its failings and shortcomings. Its a thing to be proud of.

despite its failings and shortcomings.

I would call the choice of the F-35B over the -C a failing, and the lack of CATOBAR equipment on the ship a shortcoming. Also, there’s a distinct lack of Dutch flag wacing off her mains

Does anyone know the elevator pitch for having two islands? I’m sure that it wasn’t just aesthetics, although I don’t find the design displeasing.

So the flyers don’t have to stand near people that don’t, you know what pilots are like?

I thought I read it was deck space, and that the bridge far forward is handy for the sailors and the air bridge at the back handy for flyers. (googling) 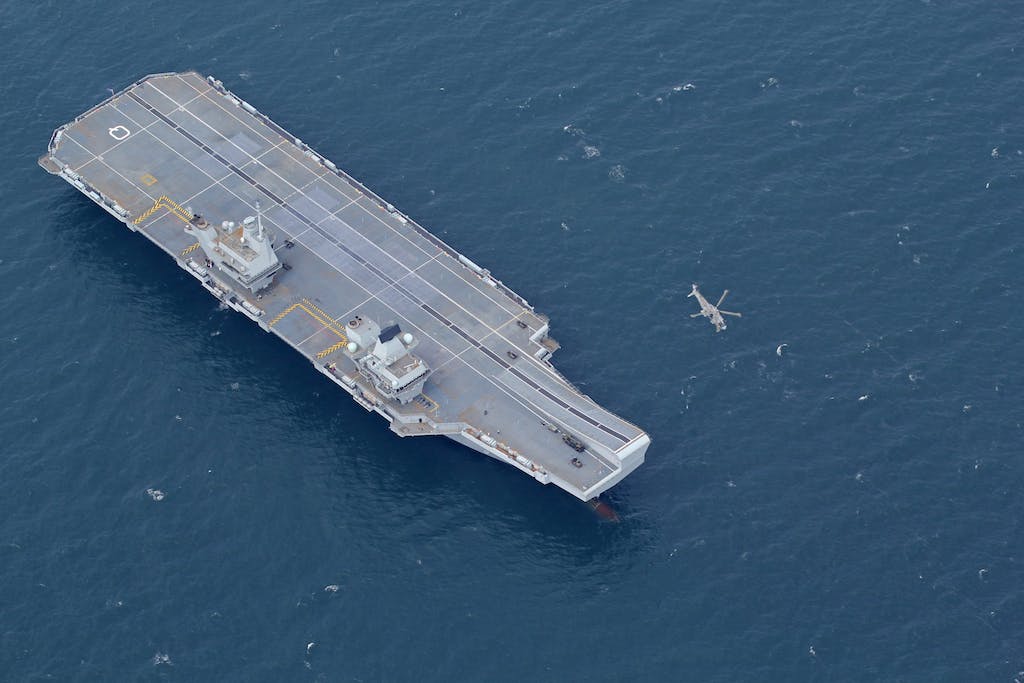 Why does HMS Queen Elizabeth have two islands?

Instead of a traditional single island, the carrier has two smaller islands.

Of course. The bar with the best view is usually on the stern. Makes perfect sense

Both bridges can reverse roles if required.