I think this new mini-campaign included with the F/A-18C Hornet got a mention in the DCS Updates topic, but I just wanted to take a moment to say that if you haven’t played it then it’s great fun and nicely rounded.

There are five mission included in the campaign, with some varied and challenging tasks you might not get right first time (I certainly didn’t) and the missions can be played individually as well.

Some nice briefing info on the first mission: 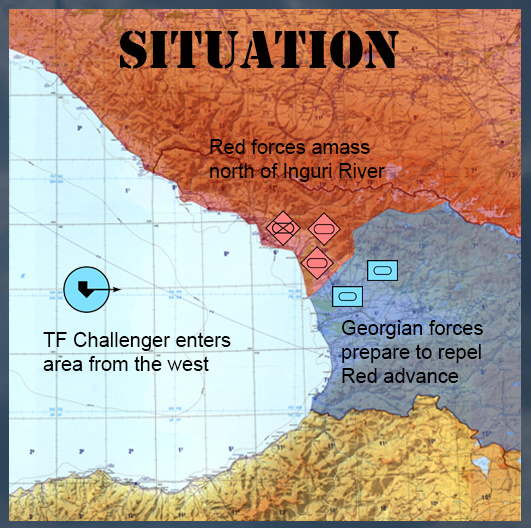 One of the nicest things is the sheer amount of ‘stuff’. 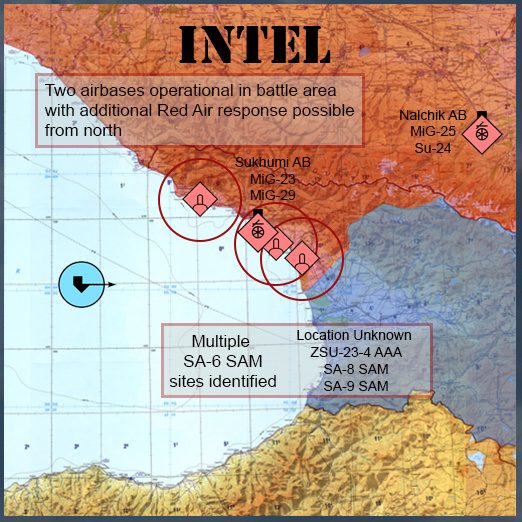 Su-24’s with Tomcats having our back - easy! 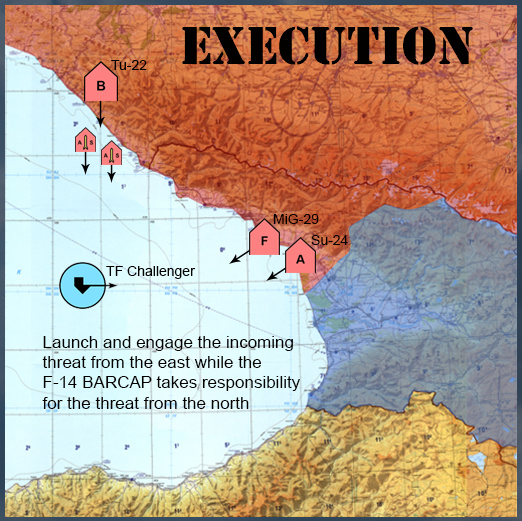 A nice busy Stennis deck, all set to rock (or not)!

These guys are due an upgrade ‘soon’.

Is there seriously anything better than ships shooting stuff? I can’t think of anything.

Anyway, I won’t fully AAR it as there are some spoilers. Just wanted to point this out in-case anyone missed it the first time around. It’s great fun and a nice demonstration of the Hornet so far.

Is there seriously anything better than ships shooting stuff? I can’t think of anything.

I can only think of a few, but they’re far and few between

Is that a fancy fully paid TacView?? Nice!

Other than the fact that the Intel slide should be in PowerPoint…looks good!

Kinda forgot about this campaign myself, and finally tried the first mission last night. Holy smokes was it a blast! And I’m not even an air to air guy! The best part was when my wingman and I merged with the remaining Su-24s and their escort, and I found myself flying threw a large chaotic fur ball, pumping flares as I watched heaters coming off there rails all around me. Desperately trying to get positive VID on anything in my sights as I had lost track of my wing, and at least to me, Hornets and Fulcrums can easily be mistaken for each other under those circumstances. It definitely got my blood pumping! And then, after all that, I had to trap on the carrier.

Other than the fact that the Intel slide should be in PowerPoint…looks good! 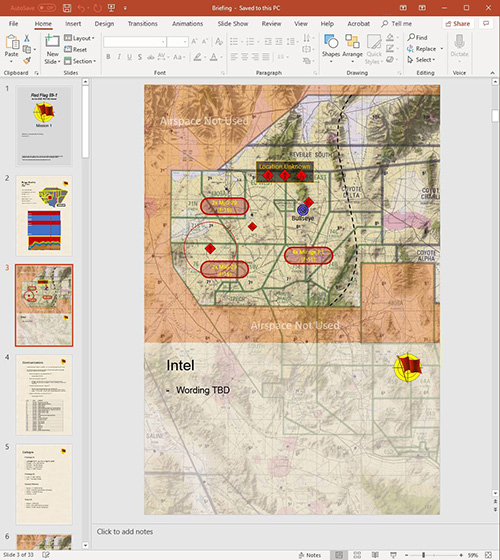 This campaign was Wags’ work and I agree, he did a great job. It was a lot of fun considering how early it is in the Hornet release.

Holy smokes was it a blast! And I’m not even an air to air guy! The best part was when my wingman and I merged with the remaining Su-24s and their escort, and I found myself flying threw a large chaotic fur ball, pumping flares as I watched heaters coming off there rails all around me.

Agreed! The level of ‘sheer amount of stuff going on’ makes it great fun. The key to a lot of the missions is essentially ‘don’t die’ and ‘let the other flights do their stuff and keep out of the way’.

It’s always interesting to me what I miss during a mission only to be shown in Tacview. Really shows how bad my situational awareness is.

Got to run missions 2-4 tonight and had a blast. Although during the recovery after mission 4 thing went to bits. This mini campaign makes me really wish we could get a late 80’s Hornet as well. I also wouldn’t mind late 80’s versions of the Hawg and Harrier.

Had to make a slightly modified approach after a couple of AI Hornets decided to occupy the same spot on the deck at the same time.

The Tomcats couldn’t even get the recovery right.

I am having a hard time with Mission 5 of this campaign. I tried many times, but I keep on getting shut down by one of those 4 Mig 29s. I tried going after them before bombing the target or afterwards. In either case, I seem to get no help from my flight. I sometimes manage to shoot one Mig down, but get shot by the others. Any tips?

Loiter around the carrier group and let the SAMs deal with them. Alternatively, go for a strict air-air loadout, whack all the MiGs, then go back to the boat and load up air-ground.

Claim to have a head cold and go MED Down for a day…let a couple of your squadron-mates take on the MiGs…or be taken out by them…go fly the next mission.

Welcome @muaddib. My job here at Mudspike is to offer suggestions and recommendations that are often utterly useless and always snarky.

As @Franze mentions SAMs are your friends…well…Your Side’s SAMs are your Friends. I don’t know tis particular mission’s set up but look for friendly SAMs that you might be able “bait and drag” the MiGs into their MEZ.

Yeah the key to that mish is to cool your jets so to say. If you run in as quick as you can, you get to be the tip of the spear. This sounds cool, but it means taking fire. Not fun if you are loaded down with ordnance.

So take your sweet time forming up. Let the AI tomcats and/or the SAMs from the ship take care of them. If you time it right, you can even snag a kill or two so next time the turkey drivers call hornets plastic bugs driven by queers you can rightfully and coolly claim that indeed you can swing both ways on one run, how many MiGs did you whack with your phoenix truck sir?

Thank you all, I shall try those suggestions and report back!

I shall… report back!

Hopefully not from your parachute.

Hopefully not from your parachute.

Or from some closeted tomcat drivers’ bunkroom

You are on a roll today.