How are you guys using the radios in DCS?

Hey ScoopD, here are a few things that may help.

Thanks @chipwich. Can you elaborate on the 5 way hat please (it will be F18 radios)? I have only used simple radio so far but intend to go the whole way. Do you need a press to talk as well?

1186×421 68.2 KB
Edit: while programming as above is desirable, once completed I recommend that you take little steps in the beginning. I would fly missions with simple coms first, so that you only have one button to press for transmitting. That way you can focus on key words and syntax. Once you are comfortable with how Voice Attack works and are getting consistent command interpretation, move on to normal coms. At least that worked for me.

And check out our own @Chaz’s YouTube channel for some helpful examples of implementing VAICOM. Cheers. Does that assume that, for example, TX1 is pre selected to ATC frequency and TX2 to an en route frequency etc? Or does it select them automatically?

I like the kneeboard. I have an inclusive licence so I don’t think I need to pay more to get it.

Presumably intercom is not needed on the F18. Would intercom work on the Huey or the yet to be published Mosquito?

Does that assume that, for example, TX1 is pre selected to ATC frequency and TX2 to an en route frequency etc?

Not a frequency, but a radio “slot”. Since the Hornet only has 2 radios to transmit on, only TX1 and TX2 are used for radio coms, and TX5 is the “intercom”, which I assume is similar to when ground crew plugs in their headset to the aircraft instead of using hand signals. It seems that the canned F/A-18C missions come with freqs programmed in TX1 and TX2 slots as I described, but you could manually enter them in the UFC as desired. For the absolute best description of this, check pages 12-14 in the VAICOM Pro User Manual.

so that you only have one button to press for transmitting.

The interface with the real world is probably causing some of my confusion. I routinely had 2 or four speech radios and 2 nav boxes, adf and intercom all of which could be selected. The tx button on my joystick was unrelated to the selection of radio box… Does selecting tx1 transmit on box one or does it select it like in the real world, and then I have to press the transmit switch?

Presumably intercom is not needed on the F18. Would intercom work on the Huey or the yet to be published Mosquito?

“Request rearming” or “Remove the wheel chocks” are examples of when you might need intercom. Confusingly, in the supercarrier module “Salute” and “Kiss off” are understood on TX1. I would think that “Kiss off” would be for TX2, but not so.

Does selecting tx1 transmit on box one or does it select it like in the real world, and then I have to press the transmit switch?

The way that I understand how VAICOM sets up TX buttons (aka radio slots), is that it assigns TX1 is for the first radio in DCS, TX2 is for the second radio in DCS, and TX3 for the third. For instance, in the Hornet, TX1 transmits on the left radio COM1, and TX2 on the right radio COM2. I haven’t dived deep into the Warthog, but I’m assuming that it and other a/c may have a third radio. If confused, you could always enter a frequency into a radio manually, and go down the line transmitting on TX1, 2, and 3 to see which one you get a response on.

Throwing this out for discussion, like me, is the most useful command to transmit not “Ready precontact”?

Only have a minute right now but, stick with it, it’s worth it IMO. My biggest ah-ha moment happened when I flew with someone online and changed my transmit buttons for the SRS thing, thereby relying on menus. I was lost! Everything (that involved comms) was harder.

As @chipwich mentions, the biggest hurdle is figuring out what words it wants. There are some cheat sheets available; get one and just fly around a few times (I have a standard mission that covers the basics).

So, does TX1,2,3 need to be tuned to the correct frequency to work or is it automatic?

Having selected a radio to transmit on, do you then need to press a button (PTT) and speak or just speak?

In the real world as I experienced it, the non flying pilot does the radio and all the admin. If he/she needs to speak or listen to the second radio, box one (ATC) is handed to the handling pilot. Typically when inbound at 20-50 miles this would let you give passenger numbers/special handling (wheelchairs etc) to company ops and update the latest airfield weather from the ATIS. Meanwhile the handling pilot could follow any ATC instructions. Normally ATC would be listened to by both pilots who have to confirm what they think they have heard and agree before complying. If in doubt get it confirmed.

So, does TX1,2,3 need to be tuned to the correct frequency to work or is it automatic?

They need to be tuned in DCS manually. The TX1, 2, 3 buttons are only the transmit buttons. But sometimes, as I mentioned with the canned DCS missions, radio slot 1 is often tuned to ATC and radio slot 2 to package. Since the Hornet’s two radios can handle a wide variety of frequencies, you can pretty much tune them to whatever cockpit flow you like.

Having selected a radio to transmit on, do you then need to press a button (PTT) and speak or just speak?

Absolutely, or you would be flying around with a hot mic. EDIT: unless you have VoiceAttack setup to listen for commands, instead of using a PTT. I believe that the VAICOM Pro manual recommends against this.

Normally ATC would be listened to by both pilots who have to confirm what they think they have heard and agree before complying. If in doubt get it confirmed.

Good question about what is being monitored. That one I’m a little fuzzy on, but IME, if you have one of your two radios set to a frequency that someone is trying to communicate with you, their transmission will be heard. The PTT/TX button you press will dictate who hears you transmit.

To @jross’s point on RSR, I haven’t used it concurrently with VAICOM. But if I understand the manual correctly, by default, VAICOM sends TX1 or the first RSR slot, TX2 on the second, which makes sense.
For instance, if your package is on TX2 (COM2) and it’s a mixture of AI and other online players, the transmission should be understood by both the intended humans on RSR and AI in VAICOM, should it not?

@chipwich Forgive me being slow on the uptake.

This would be the same as the real world. Reading the manuals I thought they meant stage 1 (above) was also the press to talk.

1 First select the TX switch which is set to the radio you wish to use
2 Check it is on the correct frequency or make it so.
3 Uses a ‘press to talk’ switch and speak while it is pressed down.

Affirmative. The good news is that by default, when you press a PTT TX(?), you should hear a short bit of static to confirm that you are transmitting. If you don’t hear that, check your VoiceAttack console.

Excellent. I suspect my confusion was caused by my merging information related to ‘easy’ coms and the more realistic way. I shall set it up and practice. I have the f18 campaigns and seen some of the Raven1 videos and read the three books. US Navy voice procedure is a new language but, practice practice practice.

thank you @chipwich for your help and patience 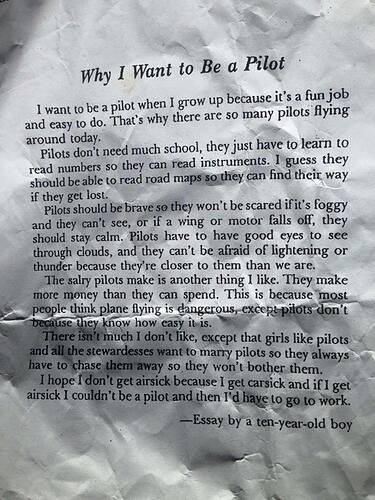 Don’t mention it ScoopD. I would hang around longer and perhaps offer to connect online, but there is a 5’3" elf with long red hair giving me a quizzical smirk, with raised eyebrows, as to why I haven’t hung the wreath on the front of our home yet.

Not sure it was brought up but, you should not map any of those buttons to a function in DCS . Not that it won’t work (not checked this in a long time though) but it seemed to lead to confusion the deeper you get into VAICOM Pro (I think the manual recommends this now that I think about it).

Example to talk to the tanker:

I think Easy Comm’s it doesn’t matter what button you press, but not sure as I’ve never used it.

Two situations this really helps, off the top of my head: “Ball Call”, “Ready Pre-contact”. To name just a few. The extension for AI Rio is more involved simply because of the number of commands; takes time to remember them.

You can change them though: I changed frequencies from “nnn decimal nnn” to nnn point nnn". Both methods now work. Sorry, but old habits ya know. Worked right away.

That seems to suggest that you do not have a separate button for selecting a radio and pressing a button to talk?

Not sure what you mean, but, when I want to transmit on COM1 in the Hornet (set to 253.0 in above example), I press ‘up’ on my throttle hat (button 11 - I don’t actually remember the exact number of the button, just an example). That throttle button was mapped to Transmit 1 in Voiceattack and such.

Just like pressing the radio transmit button in a real cockpit - you transmit on the freq set in the ‘box’.

Here’s how I imagine the ‘flow’ might go with VoiceAttack/VAICOM Pro:

Up on Btn 11
VA starts listening
Speak
Rlease Btn 11
VA tranforms the speech to a command (via Windows Speech Recog)
VA/VCP Recognizes it as valid
VA/VCP sends the, now ‘digital’ command, to DCS as if I’d used the menu/mouse, routing it as COM1 radio.

VAICOM Pro knows what aircraft you are in < may be an important detail I left out. Is likely why you don’t need to map the button (11 in this example) in DCS - leave it ‘empty’.

I can still bring up the menu via the voice command “Options” and click with mouse.

…so, rereading you last question: I think you think I have 2 ‘hats’ for radios, 1 for DCS and 1 for VA/VCP. No, only 1, not mapped in DCS at all. VA/VCP 'route’s it correctly. It could the the trigger on my joystick if I wanted, and set that as TX1 in VA.