How long will DCS WW2 last?

Take your guess on how long the WW2 hype will last. I don’t see it taking hold. The premise is cool, but let’s be honest, fighting warbirds in full simulation mode is extremely time consuming. Not to mention playing online will require the Normandy map and probably an asset pack, I don’t see the servers being very full. Look at NTTR servers now, most are ghost towns.

May 26th until the Heat Death of the Universe, give or take a few billion years.

To be honest, i think the fact we need a complete separate install for nttr is the biggest reason for low numbers.

I think it could be big, but i guess only time will tell. Who knows?

Personally I don’t expect myself or the 229th to be flying in the caucasus until the T4 upgrade as soon as Normandy is released, I also expect NTTR to be viewed as a test bed in the years to come and will continue to be an underused map.
I think now they have the tools, engine and expertise new maps will be released with increasing regularity and by 3rd party developers too.
As far as helicopter operations plus the obvious advantage of LOS blocking Normandy is all we could ask for

I also think that the WWII scenarios will continue to draw people to it especially with the upcoming period planes scheduled for release. I for one like the option of different era’s within the same SIM
Just my tuppence worth

To be honest, i think the fact we need a complete separate install for nttr is the biggest reason for low numbers.

I agree. I think the Great Unification will have a good overall affect on everything. I’d fly NTTR more, but I’m sort of swamped with multiple installs at the moment and am pretty much just playing the retail version.

I for one can’t wait to have a different landmass to fly on… Caucasus became stale and seen-before two years ago.
I couldn’t bear to download the Nevada just yet- but if things start to look good maybe the two combined might just be worthy.

If that made any sense.

@komemiute. I used to be the same. But there is one thing that has really changed caucuses for me and that is Blue Flag.

Blue flag for me adds a reason to fly. Takes the “air quake” out of the equation (which is what you get with most servers) and makes you look after your airframes. Also it has coordinated game play and and gives you that “what factor” as you never know exactly what you will encounter.

Its transformed the caucuses for me and I thoroughly enjoy flying there.

Oh, I can guess!
But as long as I don’t have a better access to an Internet landline I can’t play online in DCS.
I break up all the time, so I’m forced to fly off-line. Which became stale.

Ohhhhh bugger, well, I guess you just have to wait for the F111 As flying that in any terrain would be just an awesome thing

Imagine Blue Flag in Northern France, flying from England to attack targets or provide CAP. I can see it being a winner and I reckon rotary craft may live longer with hedges and forests to hide behind. I hope it happens because I agree 100% with your assessment of it I just wish I had more time to indulge

PLUS! There’s going to be the P 47 anytime soon…

On the other hand VEAO has frozen the development of their P-40 until a stable 2.5 will be released…

I think air quake is the more viable ww2 option. With out mass amounts of players online, finding enemies in strict realism servers can be a chore.

finding enemies in strict realism servers can be a chore.

That’s where the assets pack comes in. The bombers give people an incentive to be or not be at a specific spot

The OP makes me giggle inside. This is jethead fantasy. We have been fighting WW2 in every genre of computer game since the first video card.

Here, I searched the Steam store for “World War 2” -

Not only is it not going away, at the end of this week it’s coming to your favorite jet combat sim! WW2 is like that guy at the club who just hangs around the door for so long that you just have to let him in. Sometimes my wife walks by and there is a WW2 documentary on and she asks me “How long are they going to fight that war?” Forever Baby, forever.

since the first video card 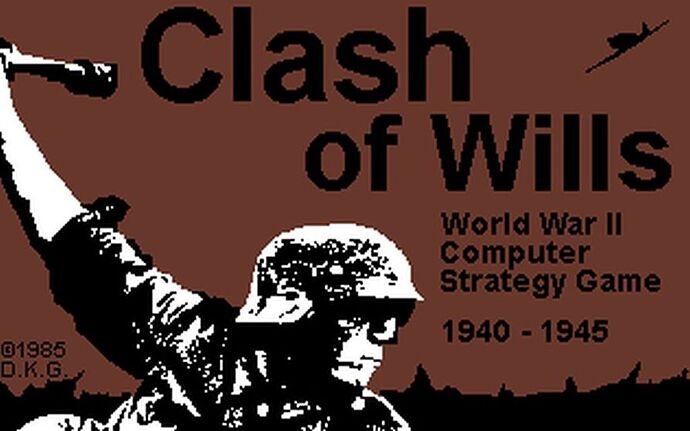 Multiple installs and NTTR costs money. If Caucasus had a fee to install/own, I dont think the numbers would be as high.

The biggest gripe I keep hearing (aside from a separate install) is that Nevada is lifeless. It’s boring…
Our group treats Nevada like it really is. A huge sandbox that we can mold to whatever we want. If we want to use it for an OIF/OEF theme, we set it up as such. Make Pahrump, Mosul or wherever. People lack the imagination to fill in the gaps with this map. Would I love to see it expanded? Sure! Add the NTC, as had been mentioned. Expand to include Fallon, Edwards, China Lake. Sadly, if it’s not built for them, the masses shun it.

As for Normandy, I bought it strictly as a 1980’s era Cold War map with that planeset. Pretty much A-model everything.

No doubt WW2 will remain a viable setting for gaming, I just meant in this strict simulation aspect. Seems to me the games with the longest legs make some “adjustments”. Il2, bf 1942, war thunder, etc.

I mean are people imagining flying from England across the channel to find nazi fighters? Could be a long flight with a small chance of finding another player.

I get the bomber defense aspect, and that could be fun. But now you’re looking at paying 47 for the map, 27 for the assets, and then anywhere from 29-59 for a ww2 bird. $100+ pay wall will make for some smaller servers, not to mention spreading the player base across 3 versions.

What would you all say to a Normandy ww2 server with air starts, labels, and GCI/AWACS?

Can’t say I agree with that, I’ll miss the mountains! Normandy is pretty, but I like that height changing scenery!

To answer OP: I think it’ll last. There’s already a crowd for WWII stuff in DCS and this will only expand their retinue. For us normal minded folks that have a avid love for turbine driven aviation it will be a nice addition. I doubt 1940’ France will look that much out of place in the 1960 or 1980 scenario’s.

@Gunnyhighway I understand what your saying, however I don’t think it would be that lonely.

We have radar implementation and run a gci (as they do in blue flag) and you end up being vectored to intercept. Add to this that aerodromes will most likely be a focal point and put AI alert defense aircraft in on the fields and it all becomes quite busy, +flak + aa etc.

I honestly think the challenge will be to remain undetected to your target.

But like anything, it’s new to dcs. Maybe it will take, maybe not. But at least we are getting a sim heavy ww2 theatre instead of sim lite (we have plenty of those) so it can only be a good thing for choice.

I personally am looking forward to flying a bombing mission across the Channel to a field and running the gauntlet to see if I can get back.