Guys, I’ll be bothersome but… I soft of need help.
I’m in a bit of a down-ish mood and I need something nice

Basically I have three monitor :
a 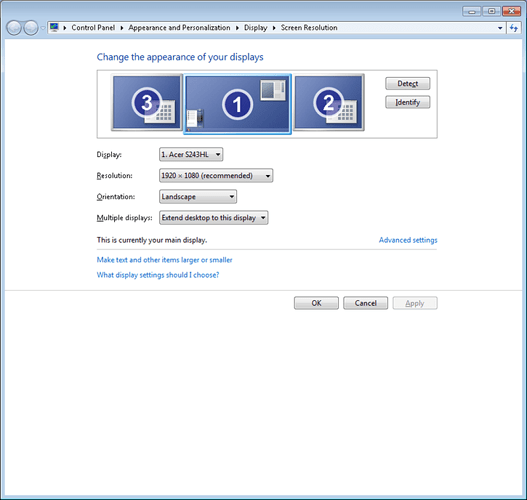 I know I could do a lot of pixel-crunching but I thought maybe some of you already have the solution-
I would love to have a DCS expanded view.
Since the monitor aren’t all the same height I can’t use the generic DCS World three monitor setup.

Is there anyone who could make one such for me?

4480x1080 if I am not mistaken.
It has been a while since I did it but IIRC you have to put that into the monitor config file.
The rest should work automatically.

I tried stuff like that but never worked right.
I know I sound “needy” but what I’d really like is a done file to drop in a DCS folder, launch the game and ta-da.

I’ll see what I can dig up tomorrow.
Unfortunately the only PC I did that on is not in working condition right now.

Thank you.
I do appreciate.

A bit of a weird way to achieve what you want (now you know who you’re talking to lol) but I vaguely remember an easy way to do this using the free DCS iControl app. You don’t actually use the app, you just use the Server utility to get your multimonitor coordinates easily on how you like things to be displayed. 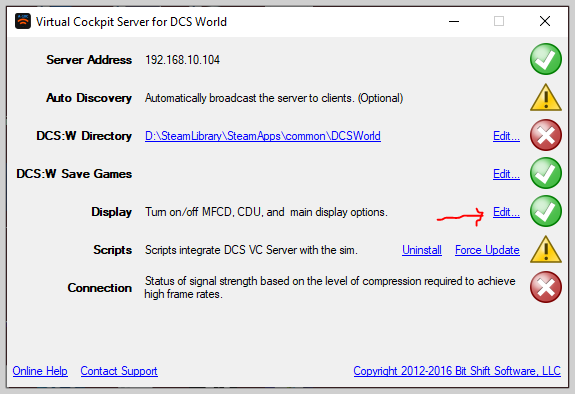 Hope that works, it’s been a while since I did it that way but it was easier than remember the coordinate system DCS wanted to use.

Video if not clear. Remember, you only need the DCS:W Save Games location set correctly in the Server util app, and everything else from the video can be ignored other than setting up your screen: This looks good!
Too good to be true

No worries though, I’ll try it ASAP and report!

I tried it across a couple of monitors just now and it still seems to work (and it’s old as well, so minor miracle). The MFD bits actually seem to work for the F/A-18 as well, so looks like it is a common format and not just the A-10 like it says (although I think the A-10 was the only thing that had MFDs movable when this thing came out

I didn’t know about that tool, nice bit of software!
It makes that quite a bit easier.

Again, thank you so much.

OK, it doesn’t work…
It baffles me…

First the Virtual DCS Cockpit server doesn’t save the .lua file to the folder I specify…

Then, what happens is that as you can see in the first post I put a screenshot of my configuration.

Sadly you’ll notice that I have the leftmost monitor as a 3.
The DCS Virtual cockpit Server tells me that DCS world cannot allow a monitor other than number one top be left most.

Now, sadly the ports on my graphic card force me to this configuration…
So- I guess there’s no way to have a three monitor DCS with this config.

I… I can’t understand. After I posted this… Now IT WORKS…
I mean it correctly distribute the view across the three monitors…

Still… it doesn’t save the .lua… any tips?

Oook, now it works works.
Which leave me with just one last doubt.

The fisheye lens effect.
I found out there’s a way to make “viewports” in monitors to take care of that- but I’m out of “gaming time” so I’ll have to try and fix it tomorrow. Or whenever.

I hope you get in a better mood soon man! Enjoy your triple screens in the meantime