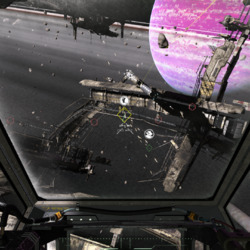 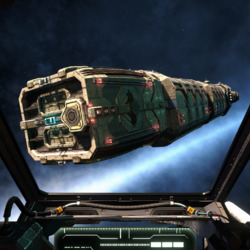 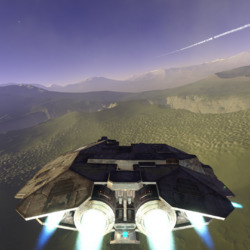 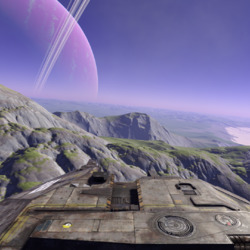 This looks like the same Infinity game that was just a tech demo in 2006. It garnered a lot attention I remember, but it died down as they didn’t have the skill to move forward. Think it was like one guy who did all of it, with people donating models to him. Much of the criticism they got back then was how dead and repetitive it looked.
There is already a game that does or is going to do the same (and by the combat stuff, does it better) and that is Elite. So they have a stiff competition there.

They did however start out the almost the same time as my ‘team’ back then, and was way ahead of us with their own engine. We were envious! I later quit working for my group, but they recently went Early Access on Steam.

I was an active member of that community, many years ago. I even created one or two buildings in blender (based on drawings by another community member) to help with assets.
But then nothing happened. I finally stopped checking the site when nothing happened for two years straight. Shortly after that the forum went down.

What was interesting about it:

But with a new Elite released and Star Citizen on the horizon I actually don’t see the niche for the game anymore. You can get pretty much everything Infinity could be in one of those.

The guys were too slow. I am sorry for them but that’s what it looks like to me. Like the music! It’s certainly good looking. Not sure what the game is about from the trailer other than blowing things up. Wish there’d been some proper gameplay footage including huds, etc…

Elite does a lot of things really well, but most of my enjoyment within its world is from every activity that is not combat.

As for Star Citizen… I’m calling bs until it actually releases. (Yes, I’m a backer and have played the alpha - it isn’t good - great concept though)

It really does. A bit between Freespace and Wing Commander in visual style, but with newtonian physics.

Star Citizen on the horizon

Yeah the horizon is a bit away, I know.

(I do enjoy the alpha now and then though. Nice to see how it grows).