I was trying out Orbx Burbank today and decided to take a little flight down the coast to Santa Monica.

Using live time, weather, and traffic, the flight was beautiful, reminding me how much I love this sim.

Along the way, I decided to do some pattern work at our destination. By the 4th time around the patch, the tower asked me to follow the Skyhawk, who was on final. I extended my downwind, but couldn’t see the traffic and didn’t have him on the Garmin, which was set at 5 miles. Eventually, though I didn’t have the traffic in sight, I concluded that he must have landed. So turned on base. On final at about 350 feet AGL the tower asked me to do a go-around. I did as requested and this time paused the sim, switched to an external view, looked in earnest for the Skyhawk. Couldn’t get eyeballs on him, but back in the cockpit could see his icon on 3 mile final on the MFD. I turned in behind him, but could never see him. Wondering why?

Unsure if this is the offending Skyhawk, but no joy in the air or taxiing.

My Traffic settings. Graphics settings are Ultra preset with render scaling at 200.

I often see nav lights very visible but rarely see another plane, I wonder if it’s to do with latency

Yeah, I’m wondering if this was introduced during the last sim update to help performance, because I’ve seen traffic many times prior.

It’s a crapshoot. Some say they see no traffic, and some people like me have it coming out of our… 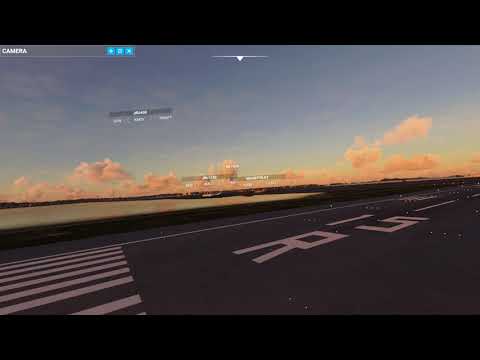 Is that Live or AI? Also, if AI, what is your AI traffic density set to?

I did recently switch from AI to Live. Let me switch it back and see what happens. I also don’t have tags enabled, but doubt that affects whether the aircraft are visible.

Is that Live or AI? Also, if AI, what is your AI traffic density set to?

Its Live traffic at the default traffic density settings. I suspect because there was so much multiplayer going on as well, MSFS could not find spots for a lot of those planes to land, and defaulted to having them circling the airport.

Don’t forget when you are on the world map to also go to flight conditions to set your traffic settings from there as well, or you might end up with no traffic despite your settings elsewhere.

I fixed it by toggling on/off Live Players. Go figure. I left Live traffic and labels on for the short term, just to see how much traffic is around the 5 o’clock push at busy executive airports.