Airwolf was one of a handful of shows I’d get excited about a day or two before it aired. At the time, Vincent was the highest paid actor in television. But his life pretty well fell apart after the show and he was never really able to put himself back together.

And for those Mudspikers too young to remember, here is a little taste of eighties greatness…

God I loved that show. Airwolf, Night Rider, Blue Thunder, A-Team, man that was back when TV was good!

Jan Michael Vincent was definitely the star of Airwolf but I always tuned in to watch Ernest Borgnine.

I knew of his troubles and felt bad for him. He was one of those actors who could have done so many more things if it had not been for those demons.

Loved the show but I was broken hearted to know how bad his life turned.

May he rest in peace.

One of my favorite shows growing up. May he RIP.

Airwolf was good, sort of like Knight Rider but with a helicopter. Wasn’t there a lookee-likee (as so often happens in TV/movies) around the same time called Blue Thunder? That has a super copter as well (and might have been a film first, but can’t be bothered to go look it up

Blue Thunder, the movie was in 83. That spawned a single season series in 84, at the same time as Airwolf aired.

Blue Thunder was nowhere near as cool as Airwolf IMO. 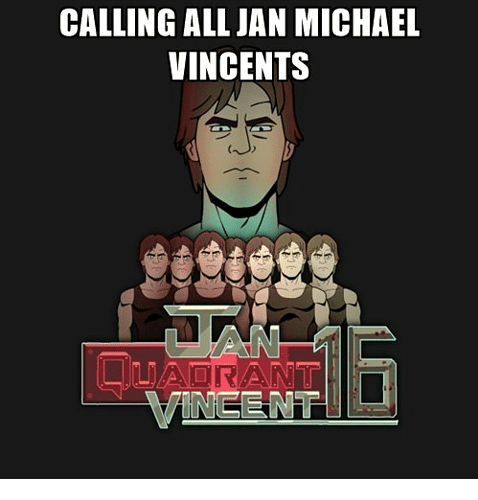 What shocked me about this news more than anything is that he passed away almost a month ago and nothing had been reported about his passing, that I know of, until now.

I caught the first episode when it aired. The scene where they are giving the Airwolf on its final test flight with live weapons being shot at it…and they are streaking down a canyon at low level and a test guy says something about “passive weapons”…flash to the cockpit and the copilot calls “wires!”- they aggressively maneuver to miss some cables that were stretched over the canyon…too cool! Even now, when I am flying a DCS chopper low level and I see some electrical high-tension lines ahead, I think “wires!”