Couple shots from the last few races. We gotta get a night set up for mudspike to race one of these days. 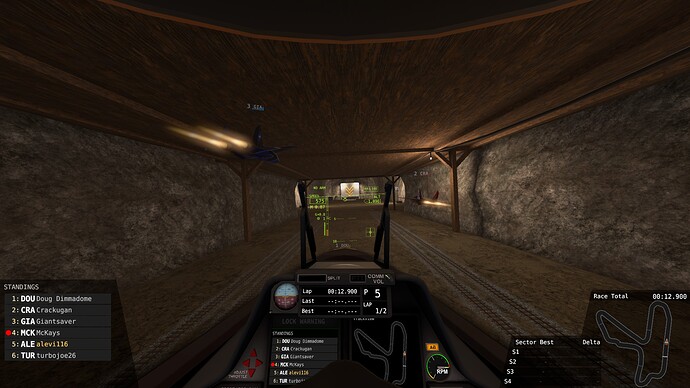 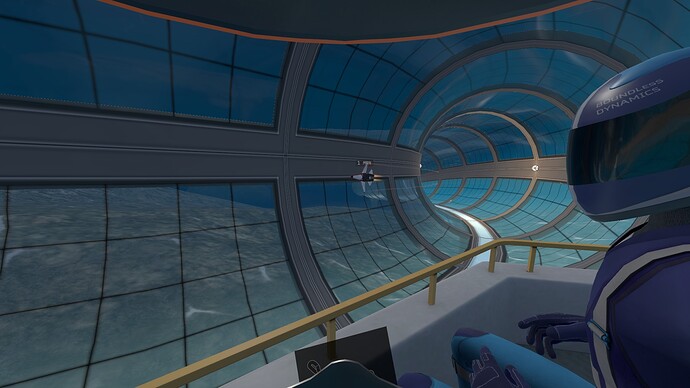 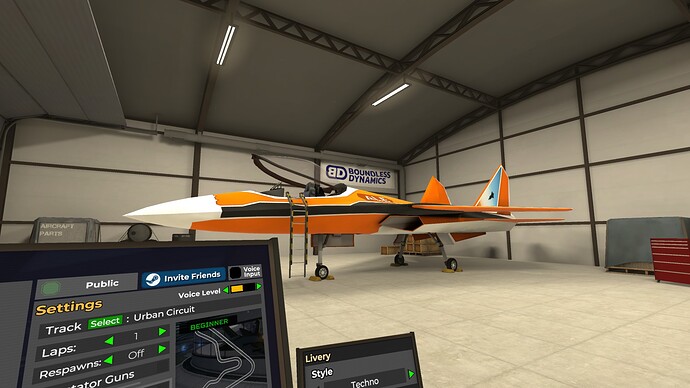 So much fun trying to aviate through these tunnels! These are my actual hand and head movements (using my HOTAS) … I think I might be wrong about not needing VR. I tried unplugging my VR set and using Jetborne in 2D. I could get a race going by clicking buttons with my mouse but I couldn’t push any buttons in the cockpit. You can mouse pan (or TrackIR) your head around and look at the buttons but you can’t click them. Hopefully fixed in another patch … I think we’re on version 1.0.10 now …

It doesn’t appear that you can use any buttons in 2D (I don’t have VR) I have to have everything mapped to a controller.

Ok, so you don’t have access to all the camera controls and stuff then. I can’t really see a problem with implementing clickable buttons with your mouse in 2D. I’m going to ask Paulo about it.

That would be the missing link to getting VTOL VR working in 2D. He’s already got multiplayer, physical hotas and TrackIR aupport in Jetborne. He would open up the 2D market for VTOL as well meaning more revenue!

I was wondering if there were view options that I didn’t have access too. Thats interesting.

Oh ya … Paolo Encarnacion pulled the code for Jetborne Racing from another VR game he’s produced called VTOL VR. I hope Paolo is reading this somehow. Anyway, VTOL is heavily button/lever centric where you have to push the buttons using your VR controllers as virtual hands.

Now that TrackIR/mouse panning is supported in Jetborne, Paolo can easily make all the buttons accessible with a mouse click and then implement all that into VTOL VR making it “pancake accessible”

. He’s so close and I hope he does it as I’d like to try using my physical hotas + trackball mouse (easily findable with a headset on) + VR headset in VTOL VR. It would open up a world of options for everyone and not just VR users.

Anyway, here are the buttons you don’t yet have access to …

Joystick sensitivity is an important one. I like to set to 1.80 (it’s the max) for more control.

Oh boy, I think I might have pissed off Paolo. 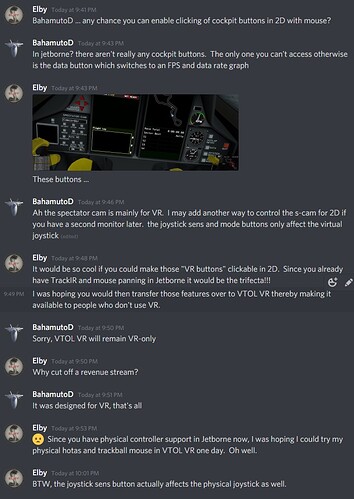 I don’t understand his vehement stance on VR only for VTOL if he’s supporting pancake features in Jetborne. He’s shooting himself in the foot, man.

Wow, talking to Paolo reminded me of when “Gooseman” (Minh Le) came out with Counter-Strike (mod for Half-Life) in the ‘90’s. We had a chat back then and I told him I loved the mod so much that I didn’t even mind it only had left handed gun wielding LOL! That dude is cool …. 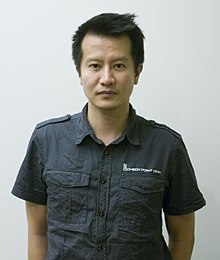 Minh Le (Vietnamese: Lê Minh), also known by his online nickname Gooseman, is a Vietnamese Canadian video game programmer who co-created the Half-Life mod Counter-Strike with Jess Cliffe in 1999 and started the Counter-Strike series. He was later employed by Valve, the developers of Half-Life, and worked for 8 years in Korea on the multiplayer first-person shooter Tactical Intervention. He is a contractor on the multiplayer survival first-person shooter Rust. In the small-team games that he ha Hi...

Sometimes these kids just need a kick in the pants.

As a game developer I got asked several times questions like that and I get quite miffed when the answer never seems to reach the brain of the people asking.
I’m not talking directly to you @Elby - just a general statement.

The answer “I always wanted to make my game that way” is a very valid one, whether someone can accept it or not.

It’s hard to explain it any better - sometimes the game we dream making has certain characteristics and that’s how we envisioned it, and how we want it to be- and cannot be reduced to ‘You’d make more money’.
Yeah, maybe- but that’s not what it was meant to be.

You don’t need VR to play this but it is very cool in VR.

They have info about the plane on their website: https://jetborneracing.bdynamicsstudio.com/
They even have the blueprints.

Hey there, @Stanmich and welcome to Mudspike!

Are you an active Jetborne VR player? I bought it at a sale, but I must confess I haven’t tried it yet…

I just did bought it too, mostly in an effort to support the one-man dev team. I’m hoping in the next year or so I’ll resume traveling with a VR headset, maybe a Quest 3?

I haven’t played it in a bit, buuuut I can say its really fun! I’m not the best at it, but I’m pretty good, and I got some good times on it. I don’t play it now near as much because I’ve got no good place to play it.

I don’t have a headset, so I haven’t tried the VR yet (Why I didn’t play VTOL VR first) but the basic gameplay is addictive.

I would get VTOL VR, but I can’t play it atm.

I know I’m going to suck, but downloading now.

Looking at the Steam reviews, MP is pretty much dead so hopefully can stay up late enough, or wake up early enough to race against my fellow Mudspikers?

What time zone are you in?