Does anyone have this little gem in their hangar?

I was wondering if you have any tips on how to takeoff? I thought the Mig-21 was empty-your-pants material on takeoff, but this Hawk is even worse while also giving the impression that it’s a real genuine “tweaker”… I’ve read it might be a limitation of MSFS’s flight model (for now) but on the other hand I’ve seen beautiful clean takeoffs and rotations on the YouTubes.

Would love some tips!

I haven’t flown it a lot, but noticed @PaulRix did some flights.

I’ve not noticed any issues with takeoff - is it possible your start-up is missing a step? If you start on the runway all powered up, is it better? The trim can be a bit odd, so you could try resetting it (it’s possible to ‘run out of trim’ quite easily with the stick).

Other than that, maybe the stick curve adjust, to give it a bit more less umph.

Here’s the manual’s take off description and having just done one (in Hawaii, but it was raining) and it seems about right:

As the aircraft starts to gather speed, keep it running down the centre line with differential braking and then rudder inputs as the rudder becomes effective.

Flying the T-45C last night left me wanting to try the Hawk. Would be very interesting to compare the flight models, IMHO.

I think the JF Hawk’s FM feels a lot better than that of the the T-45C. I might be a little biased though.

Regarding the takeoff roll, it does take some finesse…you are definitely going to be using differential braking to stay straight until the rudder becomes effective. If you start putting in dramatic rudder inputs, rather than using the brakes, you will find yourself in a left right oscillation pretty quickly.

The X-Plane version is a gentle sweetheart. So I’d guess it’s a MSFS thing that will get corrected soon enough.

Thanks for the responses lads! There is so much to unpack here:
I agree, the flight model is superb - I mean shockingly good, to the level of above DCS if that’s possible (I know thems are dangerous words). But the stick reactions, the buffeting, the seat of your pants feel, are quite remarkable. You can just tell the Hawk pilots devoted a lot of time with JF working on this. It’s just the take off is borked. I have the X-Plane version and even had the old controversial one from DCS, and the Goshawk for the matter… yet this is weird on takeoff. I’m chalking it down to an MSFS thing and will continue to perfect take-offs using differential breaking until 50kts - which is going to take Riverdance levels of toe tapping! thanks to the tips everbody

I bought the JF Hawk last night and took it for a spin from Heathrow to the old RAF Woodbride in Suffolk. I lived on the base as a young lad while dad was flying the Voodoo. With the MSFS scenery, easily could make out our old house and other features of the base that I remember. The Hawk is splendid and a bit more polished than the T-45C. One thing that I need to work on a bit is adjust the input curves for pitch and roll, which required a bit too much stick IMO. But, I was enjoying the view out of the window in VR too much to be bothered by that. With live time and weather set, it looks like a beautiful day in that part of England today. 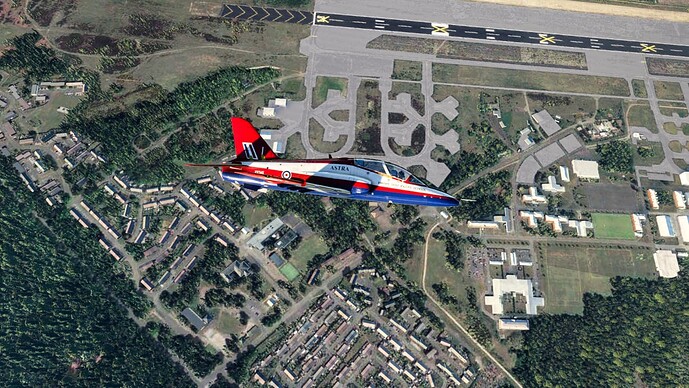 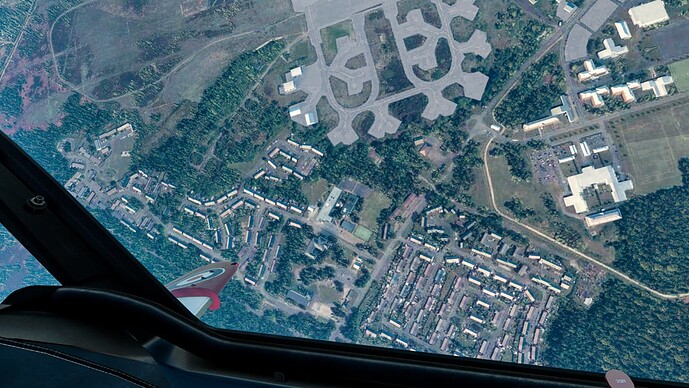 I have never seen one laid out quite that way.

Yeah, as you can see in Bing maps (MSFS), the Cold War era hardened concrete hangers are gone for the most part on this end of the field.

I remember these as a boy being a major view riding my bicycle around base. There was also the constant sound of aircraft in aferburner, sonic booms overhead, and a small PA speaker in our quarters often announcing alerts. 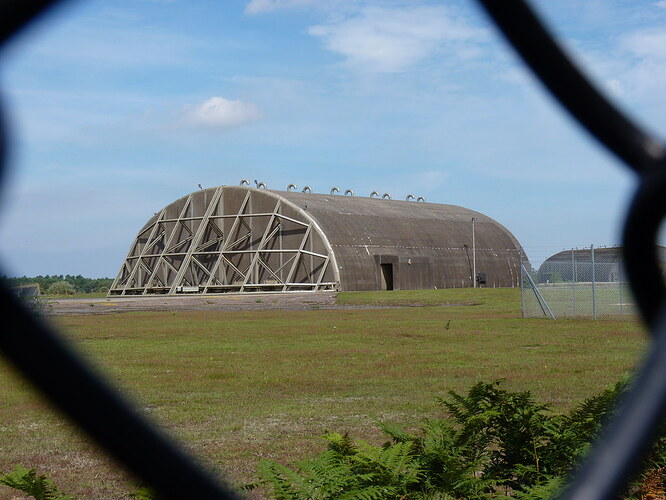 But some remain at the other end. 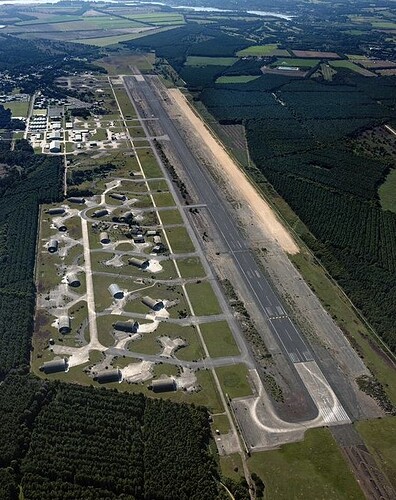 RAF Woodbridge has a very interesting history, beginning with its construction during WW2 as one of the three airfields built to receive battle damaged aircraft returning from missions. You can see in the photo above, the WW2 wide runway (9000x750 ft), similar to RAF Manston and RAF Carnaby, underneath the current one. 4200 damaged aircraft recovered here during the war. There is much more to this and its sister base, RAF Bentwaters, but I don’t want to hijack this thread further.

A couple of more photos.

Dad’s wing commander was Robin Olds. I find that the 81st TFW Voodoos were some of the best looking of the CW era. 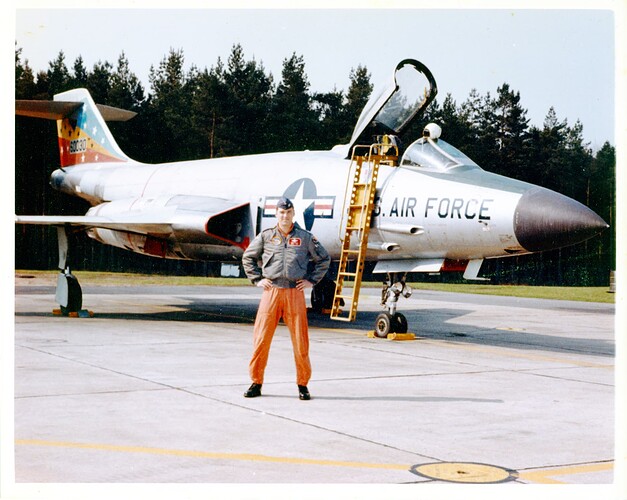 This guy is a bit of a legend. Even though he’s in X-Plane it’s all transferable to flying the Hawk in MSFS. Fighter Pilot Flying Instructor Teaches You How to Fly Jets with VR - YouTube

That is one good looking jet. Awesome!