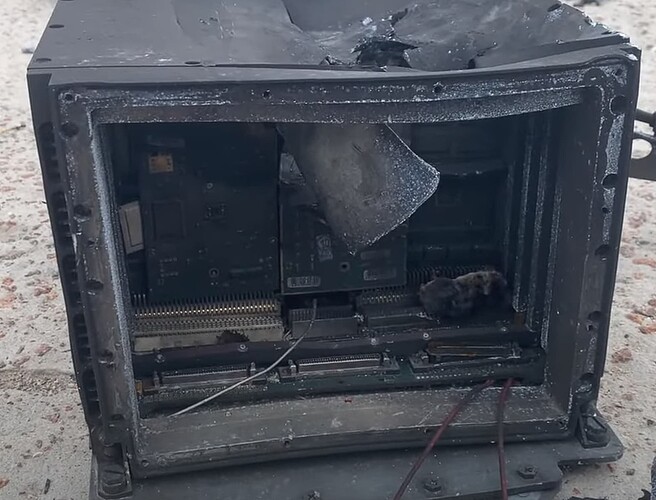 Dead_Mice1579×1202 135 KB
Mice inside an avionics box of the leftovers of a KA-52. (source:OpStarsky-YT)
What about the maintenance when they have mice in the electronics

Hope the AN-225 will be flying again sometime in the future.

What? Is vital part of sistem. 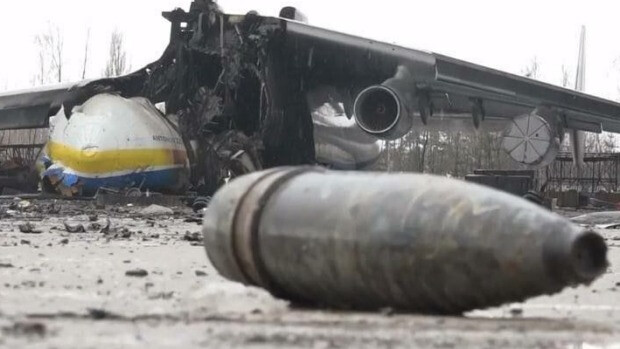 It may not be cost-effective to try.

That will buff out,

also they have a spare fuselage in Turkey iirc. It will indeed be a dream if it is possible

Spare one is wrecked as well from what ive read

Bummer. Her little sister was in Philly all day.

More on the Ka-52 shoot down with the mouse on board. May all Russian equipment be similarly “demilitarized”! Long live

The footage is interesting but the dudes analysis kind of screams propaganda. Does he honestly expect any helicopter to be comparable in armor to an APC? The rodent in the avionics doesn’t reflect well on Russian maintenance though, if it was present at the time of the crash.

Which makes me wonder a little bit-

…if it was present at the time of the crash.

Don’t get me wrong, Ukraine is wonderfully playing the information game (really, information warfare, a legitimate aspect of modern war, and some would say the most important), and who could blame them?! I’m all for it, but at the same time I don’t have to swallow every bit of it, and the rat living contentedly in the avionics bay of an active helo I don’t buy.

Of course it’s propaganda. I do find the intact rotor assembly comments interesting. I’ll assume either the a/c was so low, or the crew so disabled as to make the ejection sequence impractical.

Or the Helo on the ground for days before it “caught fire”. Would explain the rodent, too.

Of course this is Propaganda. I love the channel, but it’s hardcore biased. What else could it be?

What else could it be?

There is always information to be gained from propaganda. As long as your aware of their agenda, you can still find nuggets of truth. Take a class in sales techniques and then when you go to buy a car or other big purchase you’ll spot all the “say yes 3 times” moments and other things. They will lose their power to sway you beyond your own interests.

That’s why when people say “Oh I never pay attention to X because it’s just a mouthpiece for Y” I don’t understand it. They literally do not want to hear something that confronts their world view. Echo chamber only.

If you are secure in your perspective, what are you so scared of? Why are you disinterested in what is being said by those you disagree with? Are you frightened they might have a point? Can you only be comfortable if you believe everyone on your side is right and everyone on the other side is wrong, all the time?
What good is driving a car with no mirrors, or worse mirrors only and no forward view?
There is no “right to not have your beliefs challenged.” Free speech is NOT freedom from disagreeable speech.

Not accusing you at all @JediMaster, as you make a valid point. But in my experience with others, whenever I am face to face with someone who plays the “you can’t handle my truth” card, I always get hammered with a filibuster. People with opinions contrary to the mainstream are passionate, deep believers in their truth. But in promoting that truth, they invariably resort to name-calling and lemming-shaming the listener. They are breathless in stacking what-about-isms on top of one another so that the listener (me) has not a clue where to begin. And that is ALWAYS my role in these conversations: listener.

One-on-one discussions about anything beyond family and airplanes have become a drag. I’ve decided not to participate. Maybe this is my failing as a poor exerciser in the art of discourse and repartee. But having heard more and more of the nonsense I’ve been forced to absorb over the last eight years has frankly made me dislike my fellow man and seriously doubt the bright future of humanity in general. Life is far better when I tune out the stream of ideas and conspiracies from (that other direction). Call it closed minded. I call it staying happy and centered.

Life is far better when I tune out the stream of ideas and conspiracies from (that other direction). Call it closed minded. I call it staying happy and centered

I call it “going limp” when they start the nonsense, go limp and play dead

I can’t disparage the impulse to break off and try to live without it. It makes sense from a certain perspective, certainly. Why submit to a storm if you can find shelter?

I just don’t see the point of breaking off from contrary points of view whilst embracing the ones that seem to install a sense of total righteousness. The mistaken idea that since the only things they hear and read now are in lock-step with their opinions they must be correct and the vast majority of people out there feel the same way. Then anyone you DO come across who is contrary is easily dismissed as a nut or a threat. And then when something does happen that seems impossible because your view is unassailable, the only possibility is a conspiracy, deception, fraud, malicious intent, not that the reality is people are split much closer to 50/50.

The inherent contradiction of the silent majority and the loud voices simultaneously supporting that majority is accepted and dismissed because it’s what they want to believe.

For instance, I was reading an interview with a voting analyst who offered 2 facts that many would find surprising–which state had the most votes for Trump in 2020? California. Which state had the 2nd most Biden votes? Texas.
There is more red in CA then in TX because it’s so much larger. There is more blue in TX than in NY because it’s so much larger. Sure, percentage wise they are dwarfed by the other side, but the reality is almost no state is red or blue rather than shades of purple.

The echo chambers tell you CA has no red and TX has no blue, but that is an unequivocal falsehood.