The “Hokum-B” combat helicopters will be used to protect the Russian contingent at Hmeymim airbase. Russian Kamov Ka-52 (NATO reporting name “Hokum-B”) helicopters would be … 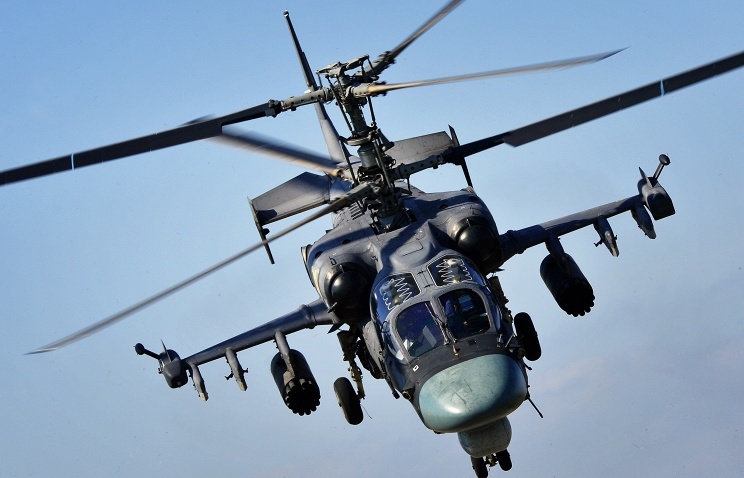 “According to the manufacturer, the Vitebsk can protect the helicopter from anti-aircraft threats in a range of several hundred kilometers, determining who is aiming at the aircraft and, once a missile is fired by a MANPADS (Man Portable Air Defense System), forcing it away from the designated target.”

Is it me, or is that sentence unclear? How are they forcing missiles to do anything beyond normal ECM, chaff and flares?

Sounds like a bit of over-the-topski description to me.

System uses hyper advanced facial recognition technology to identify pilot from thousands of kilometres away as they board the aircraft, then dispatches a Russodyne model T-1916 chekist terrminatski through a temporal portal to kill their parents before they are born.

Is good system, you buy. Dah?

Finally Kamov gets to test their toys.

Anti MANPOD system is rather simple when it works… IR/EO detects heat source that is approaching. Laser or disco ball blinds it.

now we’re talking - I’ve always felt the Kamov could do with a laser disco-ball!

Do you ever think the kamov is like being out on the town really drunk.

And you think to yourself…

“its not the nicest looking bird, but I really really want to get inside her… just as long as my mates don’t see me”

Or is that just me

You were the only one to say it out loud…

I’ve always felt the Kamov could do with a laser disco-ball!

I’ll bet it still has an ashtray and a cigarette lighter.