The only thing about VR that I dislike is the difficulty taking notes or looking up information/checklists/plates. I’ve been continuously on the hunt for a good program to use in VR for making notes, and copying information. Wanted to share my solutions and see if there are any others out there.
First what I have been using for some time is the Scratchpad found here: https://github.com/rkusa/dcs-scratchpad
Works awesome, and is super simple. I added a command to Voice Attack to pull it up and center it for use in DCS. The only problem I have found is that, although I am a pretty decent touch typist, sometimes it is difficult to get my fingers on the correct keys of the keyboard in time to copy things down. It is simply not as intuitive as using a pen and a kneeboard. More often than not, in the heat of the battle, I end up typing a string of gibberish.

Enter a fantastic tool made by AMVI RIDER.
https://forums.eagle.ru/showthread.php?t=246970
From what I gather, it is a kneeboard for VR that links to a drawing tablet or digitizer. As of right now, only Windows based tablets are supported.
I just happened to have a Wacom CTE-440 Graphire 4 that I rescued from the trash several years back. I had never really used it besides for scribbling in MS Paint just to see if it worked. 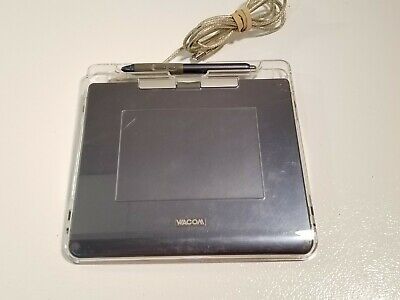 It is not officially listed as one of the digitizers that has been tested, but I found Wacom drivers that should enable the WinTab mode that the VRK application needs. If I can get it to work, it will have a new purpose! Time to tinker. I will report back with any success.

Anyone else have experience with this tool or similar?

Hmm. That is a good question. I have been resisting doing VR in the modern jets so far (since I got my Hp Reverb) and I know that this is going to be an issue. I sometimes want to note a position down on paper but how do you do that in VR?

With Oculus you can pretty quickly switch to the windows desktop. I guess you could then use the virtual keyboard and TextEdit to finger-hunt some quick notes. That’s still pretty cumbersome.

Be nice if we could get a kneeboard that you could click on and then type on.

@Fridge - you ever try the in-built Cortana while in a WMR VR environment? I don’t have it switched on, but was wondering if ‘Hey Cortana, start dictating’ would work within DCS (once you pressed the Windows key on a controller/keyboard/xbox etc). The pinning of app windows and the other stuff does, so that might work?

Hmmm. I will give that a try.

Finally had a few minutes to set this up… and it works! It is still a little clunky to use. I think that is primarily because the dimensions of the digitizer pad do not completely match the in game representation of the kneeboard. Overall though it is pretty intuitive. With my Oculus Rift S, it interjects a visual layer so you have a floating kneeboard while in VR that can be resized and moved about the cockpit, but is defaulted approximately where the pilots leg would be. When you look down it “pops” up from its normal semi-transparent state and enlarges slightly to make it a little more legible. Taking notes is as simple as scribbling on the tablet. You can also input pdf and DCS mission kneeboard pages.
Not mine, but here is a video of it in action. All in all it is a pretty slick program especially if you have one of these drawing tablets lying around.