Lewis or Max tomorrow? (or how to hot lap the new Abu Dhabi F1 circuit in Assetto Corsa)

Tomorrow’s final F1 meeting of 2021 at Abu Dhabi’s Yas Marina circuit, with a new, more flowing layout, should be memorable, as the two drivers leading the championship are tied on points. This morning, Netherland’s Max Verstappen grabbed pole from 7 time world champion, UK’s Lewis Hamilton, which places the two contenders on the front row of the starting grid.

Needless to say, the race to turn 1 should be thrilling. Because the contending drivers are tied, tomorrow’s contest is winner-takes-all. Well sort of. Unless I misunderstand F1 regulations, if neither finish, Verstappen would take the tie breaker, since he has more poles and wins than Hamilton this season. Based on past similar situations, Senna / Prost comes to mind, I expect some heavy brake-checking by the Netherlander. Regardless, there are other intrigues as Max is starting on soft tires, since he flat-spotted his mediums during qualifying (Q2). Given that Mercedes is starting Lewis on mediums, and that their team Boss, Toto Wolff, is the absolute strategic master, the race may play out during pit stops, rather than on the track. Regardless, I will be in front of the big screen TV at 8AM EST Sunday when they roll off for the observation lap.

TBH, I’ve not spent much time driving race sims this year. But since tomorrow’s race has all the makings of an epic confrontation, I decided to get some hot laps and hopefully a race or two completed on the new track layout at Yaz. I jumped in the home race seat.

Unfortunately, Codemasters’ F1 2021 does not have the new track design. IMHO, the original layout left much to be desired. There were too many chicanes, no elevation changes, and a funky pit exit that required a tight left hand turn within a short tunnel. Since the venue is Abu Dhabi, the facilities undoubtedly are four star. I do not know this to be fact, but I can imagine that the drivers felt the original track design was tedious and boring. 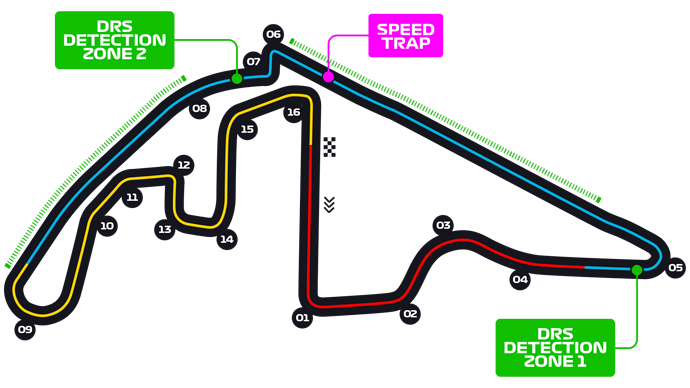 Searching Race Department for the new layout, I got a hit for Assetto Corsa, an update to an add-on track by EuroRacers. The track was unavailable on RD, but a quick Internet search for EuroRacers discord, where a join and agreement to their terms of use allowed access to the download section. The updated Abu Dhabi track design lay ripe for the getting. After that I downloaded and installed the update from RD. The whole process took roughly 10 minutes. Edit: version 2 of the track is now out and there is also an update for it at Race Department. Two issues: T9 has not been updated with the new hairpin, and in single player, the AI tries to drive through the old chicane. Otherwise it is brilliant. 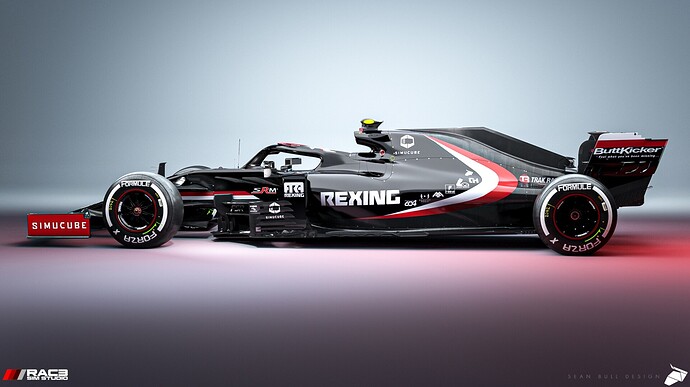 Our new brand Formula Hybrid 2021 car for Assetto Corsa is now available! It features a totally new model based on the 2021 regulations.

Back to Race Department tor the skin pack. Edit: because this skin pack is an April release, many of the included skins have been updated and are available as single downloads for the rivet counters among us.

Formula Hybrid 2021 Community Skin Pack With the permission and support of all the modders who have given me the ability to release their work in this mod, I present to you the community skin pack for the Formula Hybrid 2021. It is a complete...

OK, this seems like a lot of tinkering for some hot lapping, but it really wasn’t bad and hopefully the results speak for themselves.

The office. My F1 friends and I always laugh at how big the driver’s watches were during post race interviews, now carried out in the pit lane. Apparently, it extends to their gloves. 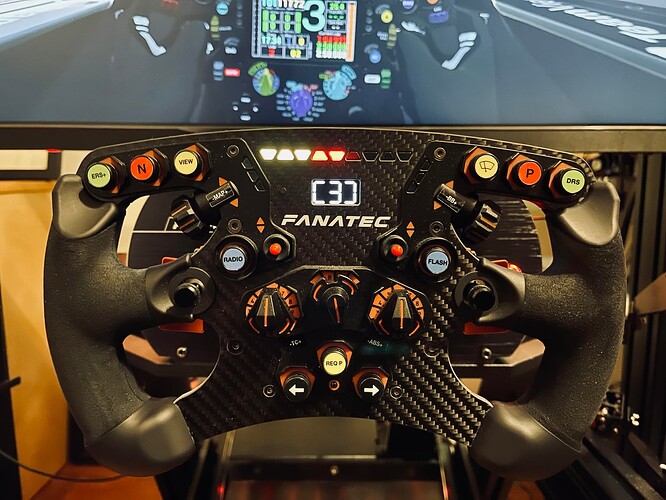 I will not spoil it for someone who hasn’t had a chance to watch the race, but obviously one of the most exciting last laps of any season that I can remember.

I found out yesterday that a friend was there as guest of AMG Mercedes. We tried to FaceTime the last few laps, but of course the available bandwidth was minimal. Max’s second box… 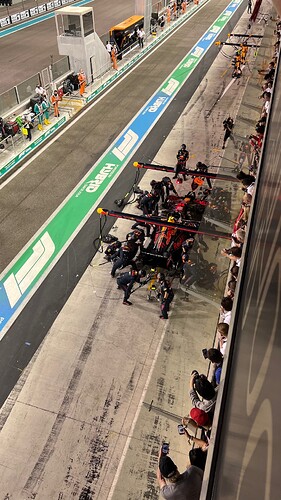 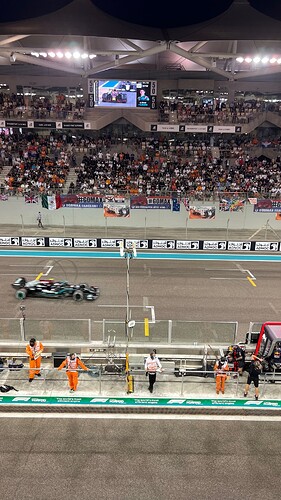 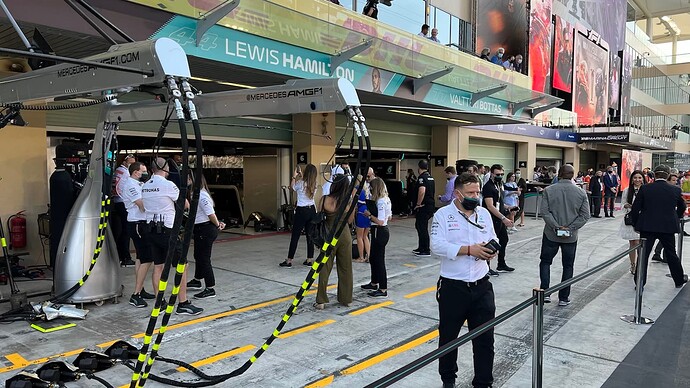 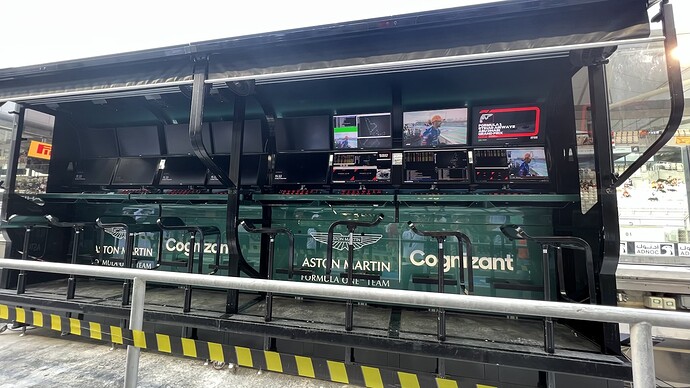 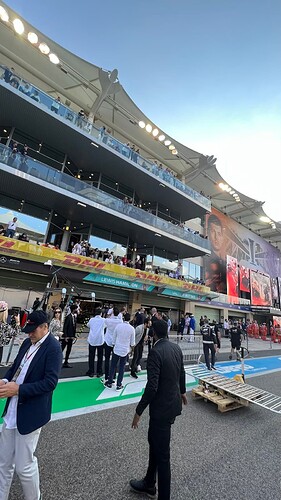 I thought that this was an amazing camera that Leclerc had during the race. 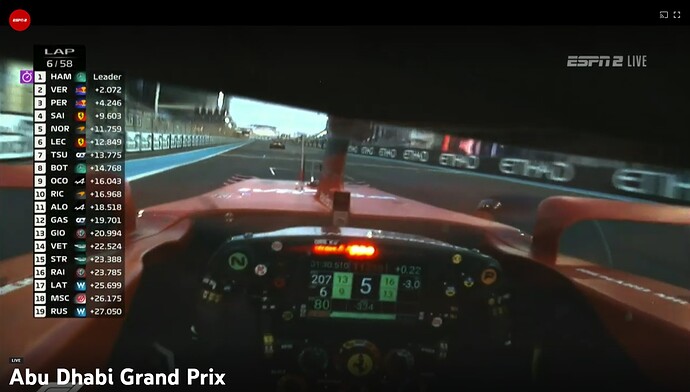 I watched the highlights this morning and I think the more deserving driver won it. So pleased to see that result. What a finale

I’m mixed on the outcome. Neither are a personal favorite, although I highly respect both. But as Botas said afterward, “…but that is the sport. Sometimes it goes against and sometimes it goes for you.”

The loser will be filing protests against the FIA’s handling of the SC and last laps for sure. I think that at different times in the race both teams were given an advantage. In the long run, the result is probably good for the sport.

I’m not a fan of Hamilton, but I will say (again without trying to spoil the result) the way he conducted himself on the podium was exemplary. Very sportsmanlike and dignified. Good on him

Very sportsmanlike and dignified. Good on him

More photos from our man on the spot. 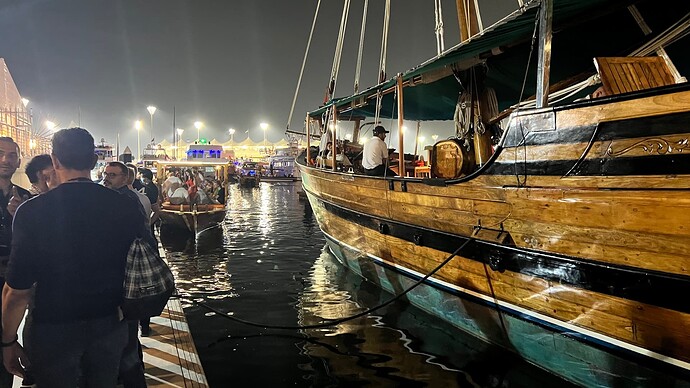 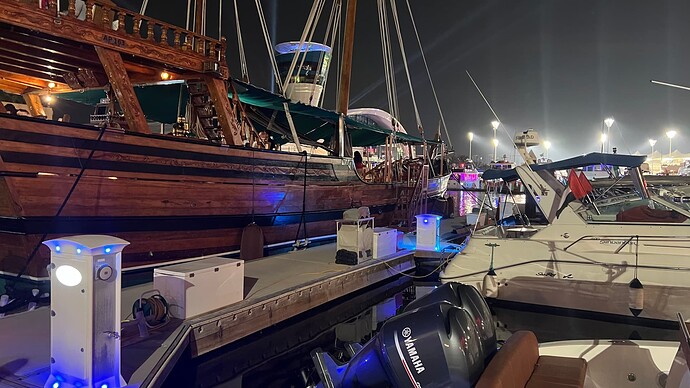 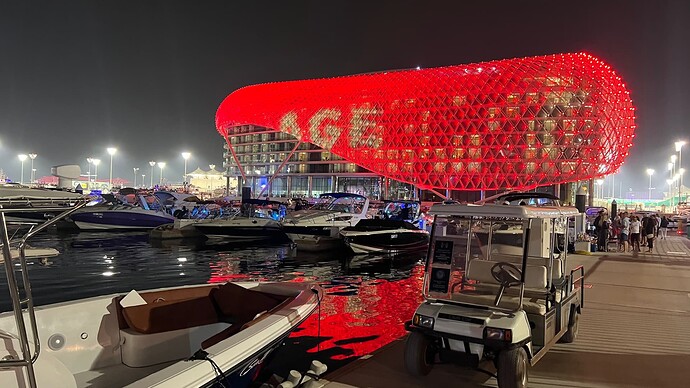 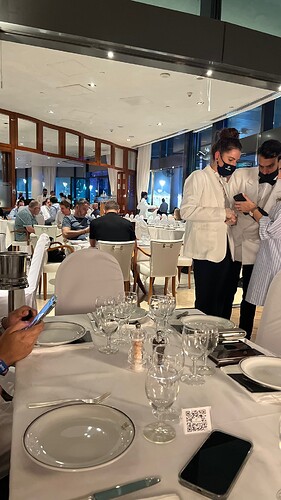 He is sending video too. Partying still going on at Mercedes with the Constructors Championship in hand. 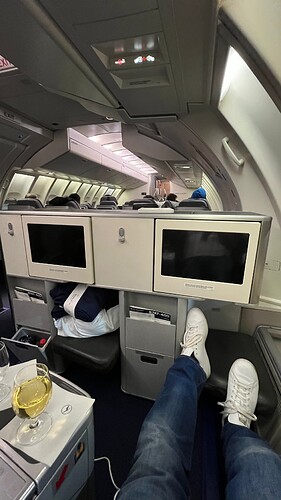 That pic didn’t really highlight it for me enough, so I found this image which does a much better presentation for me: 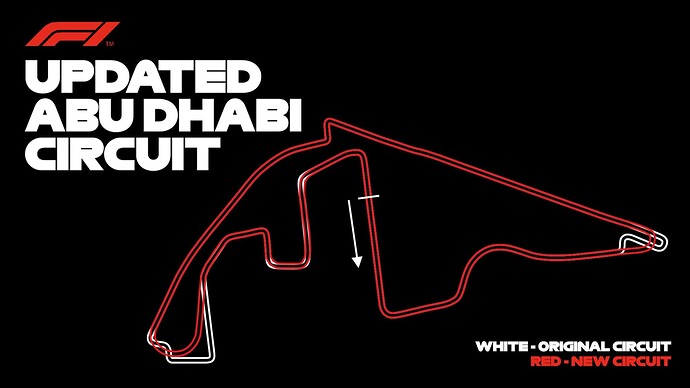 Oh yeah, that’s great. I missed the changes at T13, T14, and T15. There is a subtle difference, but it transforms the track as much as removing two chicanes. You can almost treat T13 and T14 as a single curve, reminiscent of Monza’s Lesmo. I thought the section T10 through T16 was more flowing, but since the layout was similar, couldn’t put my finger on it. You can really attack through there now.