Another flight sim topic that is also connected to real life I guess (I think the number of those topics is increasing because of realism).

Yesterday after my Hornet training I felt the need…the need for speed! Uhmm… for slow speed specifically. I placed an A-10C in my training mission, armed with a TGP and a colorful mix of rockets, Mavericks, LGBs and JDAMs, cold started the plane and navigated to the target range.

And man that felt good. I have spent so many years with the A-10C and this exact same HOTAS setup that it has become a relaxing experience to go back to it. One would think that the Hornet switchology has impacted my A-10C skills but I actually think that effect isn’t that severe compared to the one caused by not flying the plane for a while.

Now, how about y’all?
Do you have such a plane where you can hop in after months of not (or rarely) flying it and instantly feel relaxed and at home, being able to use all (or nearly all) of its systems, know its limitations, and its flight behaviour feels natural? One that just… fits.
Which plane is it for you, and why?

Of course it might be easier if planes are similar (I hear that the Harrier has similar systems like a Hornet for example) but then I guess that is also a certain danger, especially in real life. I’m thinking of engine/airframe limitations or something. Has anyone of y’all real pilots ever forgotten which plane you were in because they are so similar? I imagine it is less of a problem if you fly a 737 and a Pitts, or a King Air and a Citation, but maybe if you fly two versions of an A320 or so?

Also:
Is it usually the less complex plane that you feel better in, or just the one you spent more time in?
For me the A-10C is that plane, even though it is vastly more complex than, say, the Mustang (the DCS WW2 plane I have spent most time in).

I have always felt that the Hurricane, no matter which sim, always just feels right to fly. And I’ll always be able to jump into a Spit and start it and fly it.

But perhaps the favorite for me is the F-16… despite not having touched it for over two years in BMS I got the DCS beta started and flying first go.

I do prefer high fidelity versions of anything I fly, I certainly prefer the DCS Spit to the IL2 one.

Funnily the F-16 is a plane that I can startup and fly (in fact it is a bit easier in DCSW because some switches are already set that aren’t set in Falcon 4) but I noticed that despite all the time I have flown it, it never felt as natural to me. I have no clue why as I really like that plane.
Perhaps the familiar feeling will kick in when it is a bit more finished in DCSW.

It’s probably just that I’ve been flying F-16 sims literally since I was a kid, and the high energy fighting style appeals to me more than the high alpha style of the Hornet. But just the view out and the responsiveness of the jet feel right to me.

I think I know what you mean, though - there’s none of the buffet and shake you get in the F-14 for instance that tells you far better than the alpha gauge where you are in the performance envelope. But you don’t care so much because of the sheer power of the jet…

For me it would have to be the Huey. Sure, it’ll be a bit wobbly at first if it’s been a while…but I know her wobbles well enough that it feels like home.

And after a few minutes my hands and feet relax and start anticipating and then the ride gets smoother and yeah, fits like a glove again. It’s nice.

What @Bearhedge said.
I always joke about the craters me and my Huey dig all over the place but in reality I learned how to “feel it” and I’m now confident enough to drive in down low in the traffic.
I can literally place it where I want it.

F86 sabre.
I can visualise that planes interior without being near it. I can start it up super fast and accurately after weeks away from it and it’s the only plane I really dont need a checklist in front of me for any given situation (with the possible exception of an inflight engine re start)
I love it

For me it’s the Mirage 2000. I just love that machine, despite her slightly awkward startup sequence.

Which plane is it for you, and why?

I guess this comes as no surprise;

Growing up in Sweden in the 70’s and 80’s, this was the dream machine.
And serving as a crew chief/mechanic in the SwAF sealed the deal.
It’s an aircraft I know very well and isn’t overly complicated, so I can just jump back in and press play. 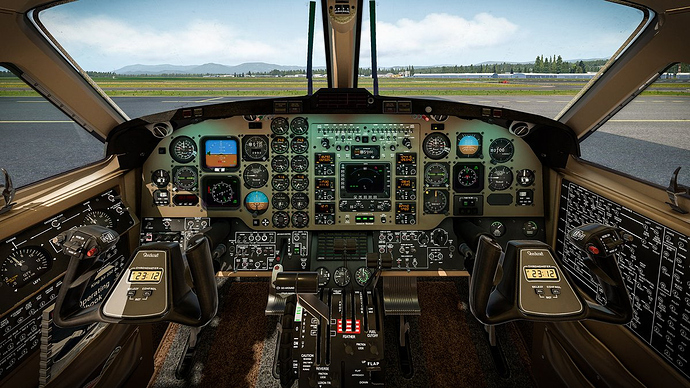 Is it the same in real life for you?
Do you hop into the the King Air and feel it relaxing compared to the Citation?

I’d say the King Air for me as well. I haven’t flown a real one since 2011, but when I first jumped into the Airfoil Labs 350 it all came flooding back.

In DCS I guess the Harrier has been my ride of choice for quite some time. I wouldn’t say I have mastered it but my comfort level is definitely higher than in the other aircraft. 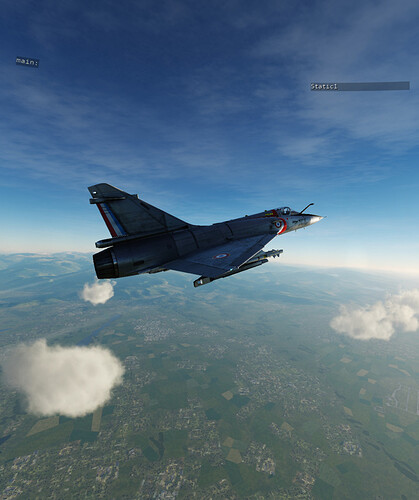 In DCS I guess the Harrier has been my ride of choice for quite some time.

…so if we read in the news about a passenger jet that took off vertically, we know what happened?

I would say it is the Viggen

Well, I guess there is some comfort in knowing the outcome of the flight…

I’m with you mostly, @Aginor.

The Hornet is my home office in DCS, as a Canadian whose first airshow featured a CF-18. (I flew the FSX: Accel. Hornet too.) My control setup is exceptionally natural, I feel the Hornet stick would ruin it unless I got a Hornet throttle too.

The A-10C follows right behind as my intro to combat flight sims post CFS3. With a TM WH setup, I think you have to intentionally forget things!

Next up would be the Spitfire - it’s beautiful, simple and quirky (taxi / brakes).

Do you hop into the the King Air and feel it relaxing compared to the Citation?

No, I’m definitely most comfortable in the Citation just because Plan B and Plan C are easier to execute in the Citation. I have more accumulated time in the Citation series by now…and they are just easier to fly when things go wrong. The only one modeled to any degree in a sim lately is the Carenado Citation II, which does feel very familiar, but it has avionics that are a bit different from the Ultra I’ve been flying for the past twenty years. The Airfoil Labs 350 is very similar to the B200 (at least before we went to G1000 B200s)…

In DCS World - the Ka-50 is still my most comfy place. I wish I could be as comfy in the Hornet and Harrier, but I seem to have limited brain room these days.

Yeah staying current (and I mean: really current. Not “I can kinda do most things and know some numbers”-current ) in more than two or three planes that are reasonably different is a major task.

There is a good reason why there aren’t that many real life pilots rated for more than three types or so.

(And I’d really like to hear that you know your real Citation and King Air substantially better than your sim planes because that’s your #1 priority to spend your brain room on.