The largest NATO exercise in decades, in Norway, kicks off next month.
It has been announced that CVN-75 USS Harry S. Truman will join in. 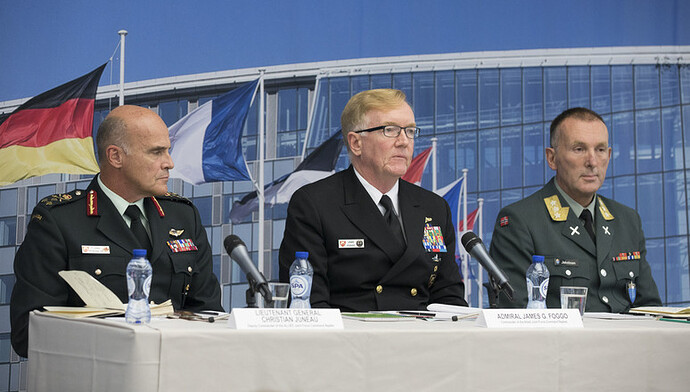 These NATO exercises are always a great opportunity to see some rare birds around here.

The Norwegian press are making a point of the fact that a CVN has more aircraft than the entire Norwegian Airforce…!

The Norwegian press are making a point of the fact that a CVN has more aircraft than the entire Norwegian Airforce…!

As a representative of the United States Military Industrial Complex, I can say we’d happy to fix that for you for lots of money

During “the Big One” (The Cold War), NATO used to do a yearly exercise, sending a carrier into Vestfjord…@Troll, how close are you?

…maybe if you show them your DCS Hornet landing grades, they’ll let you take one of the real ones for a spin.

They say the last time a Carrier joined the execise was 1989. That was before I moved here. Seen pics of it.

Vestfjorden is outside Bodø, south of here. I fly there all the time. But I doubt they will enter the fjord this time around. Probably stay in deep water.
These things have a serious No-Fly Zone…

They might. The Vestfjord ops are tactically significant. As you know it is a rather large fjord with a NE/SW long axis. This allows a Carrier strike group to “hide” behind the northern chain of islands, possibly precluding but at least complicating targeting for Russian Long Range ASCM shots. If they want a “clean shot” then needed to fly/steam fight their way all the waaaayyyy down through the Norwegian Sea to look straight up into Vestfjord for a shot. That wound be a daunting task.

If, during your real flying in the area, just call up their tower and ask for a couple touch and goes…make sure you mention you are pretty good at it in DCS…I’m sure they’ll give you a couple of bounces…we (the US Navy) do it all the time for commercial aircraft. Remember to mention my name, “BeachAV8R”.

Could you live stream this? I’m really curious how the new Enhanced Sea Sparrow and RAM look in action. I’d ask for you to send pictures after, but… well… Good Luck!

She’s in the fjord… 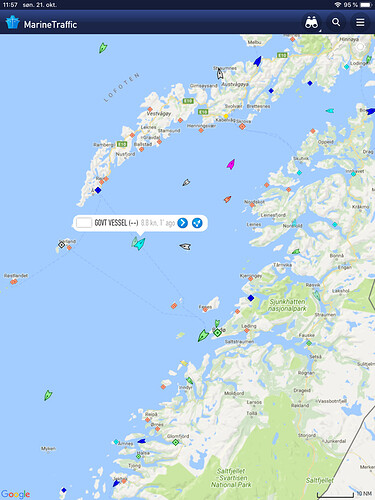 Just like Cold War days…I’m getting a little misty here.

Part B to “the plan” is all RNoAF.

The Soviet/Russian alternative to trying to get regiments of Backfires or a Slava/Kirov SAG or a few OSCAR II SSGNs far enough south in the Norwegian Sea that they can “take the shot” is to send a bunch-load of SU-24 Fencers (and now various Flanker A2G versions) low level through the mountains with tactical ASMs. Back in the day it was RNoAF F-16s going head to head with this threat…soon to e replaced by F-35s.

So think about it…this would be an awesome theater/map for ED. You have USN carriers and large deck amphibs (with FA-18 and AV-8) , Russian Navy Carriers and missile shooters, Backfires, Tu-142s, Viggens for defending Swedish airspace…all the Russian planes you would ever need - add in some F-15s and A-10s when the USAF shows up…lots of Blue/Red airbases, naval bases…potential “around North Cape” amphib assaults…the French (back in NATO) show up with the Mirages…

Bottom Line: One cold build scenarios from the 1950s (Migs and Sabers) all the way up to almost today…heck, I bet some WWII stuff could be worked in. In a word, it would be Awesome!