SLUF was the most accurate bomber on the planet before everybody and their mom started dropping LGB’s, or so I heard.

I would gladly lay down my months pocket money on that baby.

Thought this one deserved its own topic. I dun goofed. From here:

The F-8 Crusader revered by Naval Aviators as the ‘last of the gunfighters’ due to it’s four 20 mm Colt-Browning Mk 12 cannons, is a legendary fighter now coming to a DCS World. Conceived during the early 1950s, the F-8 Crusader was developed by Vought with a set requirements that have changed an established long ago axiom, that carrier-based aircraft could not outperform shore-based ones. The U.S. Navy wanted a fighter capable of Mach 1.2 at 30,000 ft, Mach 0.9 at sea level and a 25,000ft-per-minute rate of climb coupled with great maneuverability. The result was Vought’s Model V-383, later designated XF8U-1, enjoying all the advantages available at a time such as lightweight materials, newly developed aerodynamics, ram air turbine and a formidable armament. With the first production F8U-1 leaving Dallas plant on September 20, 1955, a new era in naval aviation had begun. The F-8 Crusader was numerically the most populous fighter in the U.S. Navy at the outbreak of Vietnam conflict. The Crusader during its time, enjoyed great success against North Vietnamese MiGs, officially being attributed with 18 enemy aircraft shot down, which represented 53 percent of all Vietnamese fighters claimed by the U.S. Navy squadrons during Rolling Thunder operation.

The F-8J ‘Juliet’ in development, was the last major modification of the Crusader family, which followed ‘Echo’ version. It introduced a number of improvements, of which most noticeable is the Boundary Layer Control, providing additional lift during take-off and landing, which initially was met with mixed success caused by a variety of issues such as ramp strikes. This in turn was addressed by the engine upgrade to a Pratt & Whitney J-57-P-420, which is the engine our Crusader will feature.

Furthermore, the F-8J featured the following:

Despite its primary role, the F8 Crusader eventually turned out to be a capable air-to-ground platform, at one time being the only Navy fighter capable of carrying Mk 84 2,000lb bombs, one under each wing.

Having begun development of this module earlier this year, we’ve focused initially on obtaining any available technical and flight documentation as well as high quality pictures for already ongoing 3d model development. We’ve visited not so long ago the Museum of Flight in Seattle with an XF-8A on display and intend to visit more facilities such as the National Museum of Naval Aviation and Valiant Air Command Warbird Museum, to obtain a detailed pictorial documentation specific to later F-8 variants.

(hat tip to @Phantom88, who I stole the post text from

I concur Sir,Well Worthy of Her own thread

Oops, A bit too quick on the draw with the new topic, added to this existing one for the purity of the historical record (Taco Bell won the franchise wars etc). 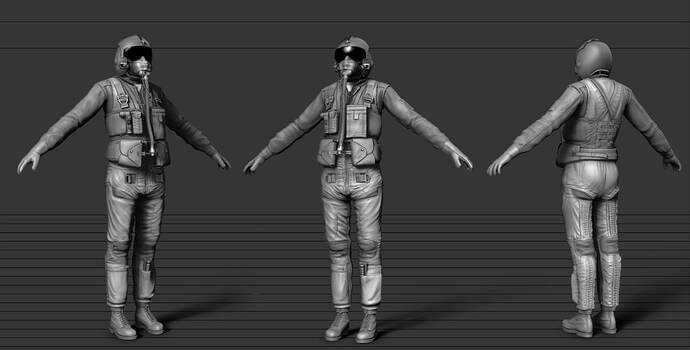 oh that is just so so cool.