Magnitude 3 / Leatherneck Simulations have teased us with some rather interesting pictures on their Facebook page.

Hey guys,
while we are making sure Corsair will shine in all its glory, the other team prepares to give wings to yet another amazing bird… You’ve heard the saying: “When you’re out of F-8’s - you’re out of fighters.” 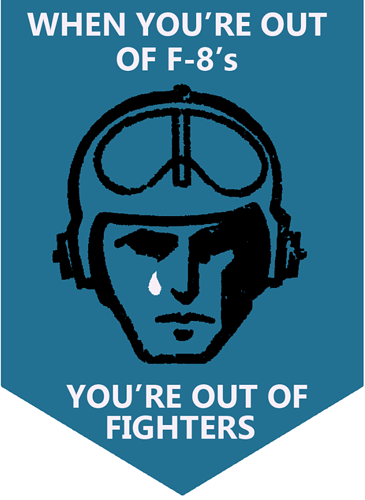 Now this is very exciting!

That is exciting, and it makes sense seeing as they are already working on the A7. Both will be day one purchases for me!

I’m pretty sure you’re referring to Razbam for the A-7.

Oh great, another fighter for me to smear all over the fantail of the carriers in-game.

Seriously though, I’ve been infatuated with this airplane ever since I saw my uncle’s pictures from his Vietnam days, and have been waiting for a Crusader for a long, long, LONG time in a flight sim- I bought Jane’s USNF '97 back in high school strictly because the 'Sader was included in the Vietnam campaign, and kept the Thirdwire games installed on my hard drive for a long time for the same reason- so this is very welcome news.

Now, does this mean we’re also getting an SCB-125 Essex model, Skywarriors, and Skyraiders? Oh, and maybe a Willy Fudd as well?

So many developers, so many modules. It’s hard to keep track of who is doing what without a spreadsheet. These are exciting times for DCS!

Of course it does! (in my dreams)

If this comes to fruition, that will be a pre-sale purchase for me. Always been a Crusader fan.

A-6 is next up for heatblur after tomcat. Mark my words. It’ll be there before 2030.

The F-8 was a great plane in Strike Fighters. Between the guns and the missiles it will be a great match for the MiG-19 or 21.

CCIP and moving map (before it was cool), plus it’ll round out the late Vietnam- end of the Cold War timeframe. Plus, depending on model, the Air Force could play too. Not to mention the Greeks and Portuguese. I know I’d enjoy bombing in it, especially if we could get entire strike packages worked up.

It just seems like someone looked at the F-8 and said
“Yeah, if we make it smaller, take away engine power, and then load it up with many times the payload, that will make an excellent plane!”

That’s the same thinking that got us the 4-cylinder Ford Mustang.

Why they didn’t just make another F-8 variant that was multirole escapes me.

It just seems like someone looked at the F-8 and said
“Yeah, if we make it smaller, take away engine power, and then load it up with many times the payload, that will make an excellent plane!”

That’s actually exactly what happened. For the VAL competition, the Navy wanted to save costs, so told competitors to base their designs on existing proposals. 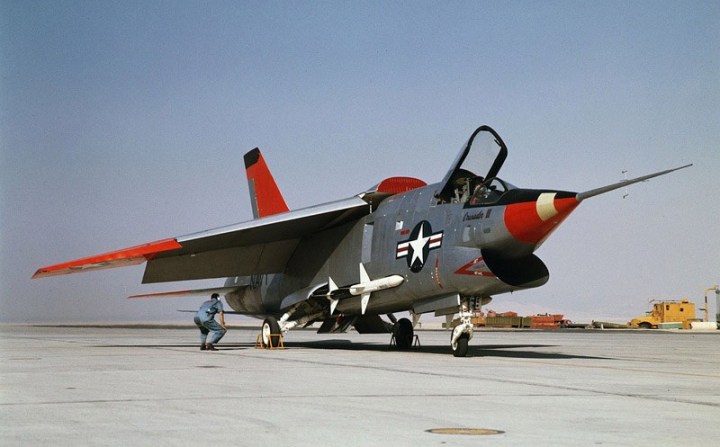 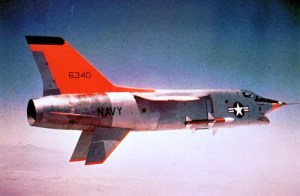 Such a crazy, strange, hot-looking machine. Apparently the Crusader III was very, very close to being capable of Mach 3.

“Yeah, if we make it smaller, take away engine power, and then load it up with many times the payload, that will make an excellent plane!”

You be nice to my SLUF, that’s a good attack plane!