Of ye of little skill/talent/patience.

Or in my case, “All yee who have little time to RTFM and who just wants it to work out of the box, YouTube video resources as a last resort only.”

I am resurrecting this thread to discuss something that is really starting to bother me re XP11 vs FSX now that I have officially made the leap.

As many know, I recently purchased a new rig that is capable of running XP11 and DCS in VR at pretty good levels of fidelity. For example, tonight I took the relatively new Carenado Piper Cheyenne on a hop from Myrtle Beach Intl to Newport News/Williamsburg (KPHF), in VR using real world weather. It was awesome…except…

ATC in XP is horrible. Just about everything in it–from the cumbersome interface for entering and filing a flight plan, to the gawd-awful radio coms–is so substandard when you compare it to the rest of the sim that it really makes one wonder, “What are they thinking???”

Just a few points I picked up on tonight:

1 - No assortment of ATC voices. There is “your voice” and one other voice who’d does all the rest of the comms. Both male; no females. Really? I know that flight simmers are like 98% male but…come on. Lack of gender diversity aside, this makes all the ATC comms very, very, (very) monotonous to the point of my missing several calls because it just became background noise.

2 -Wildly wrong callsigns. They actually haver real airliner liveries for COMAIR jets but still end up calling them “Seven Hundred-thirty-seven to 800 November November…”. What? Oh a 737-800…so why use the registration when it obviously should be “Delta 204”. Annoying and distracting.

3 - Why do I have to write out my entire flight plan while I’m sitting in the jet? Shouldn’t I be able to add that at the same time I’m adding my airplane, departure, TOD and weather? This is made especially tedious if I am already in VR and have to ;one away with the controllers on a virtual keyboard. And, if I have used a 3rd party flight planner to setup and then load the GPS/FMS, why wouldn’t tat info just populate the flight path.

4 - No way (that I could find) to save a full FMS flight plan, i.e. include the V orJ routes rather than list every @!#$ waypoint?

5 - Stuck at one altitude…the app doesn’t check for a minimum safe altitude…OK…but neither does it allow you to request a different altitude when you are about to fly into a mountain. You really kind of need one or the other. The continuous “reminders” to resume your assigned altitude are quite annoying.

6 - The whole ATC interface is clunky in normal mode. In VR it can be dangerous. The hand controller requires no less than 5 button pushes just to bring up the ATC window. Map a joystick button and a big opaque ATC right in the middle of where you are looking, no matter where you look.

7 - No VFR comms at all? Why? Heck I had a couple of non MSFS flight sims back in the 1990s that had rudimentary VFR comms like asking for taxi and take off / landing clearance. And now here in 2019? nothing?

I know some of you just don’t bother with ATC. For me, it is part of the. environment. It was one thing that by-and-large MSFS got right. I will explore 3rd party add ons which will hopefully mitigate the XP11 ATC travesty.

That’s basically what I am missing most, too.
X-plane is really great but it misses some stuff that just should be there out of the box.

…and that reminds me that I still haven’t tried it in VR.

By and large, you are definitely right. I am not an authority: I am the type that avoids ATC and usually fly into grass strips without any ATC.

But I do have one tip re saving a flight plan, though not sure if this will help with ATC.
If you use the X-Plane default FMS that is in the default (at least 737-800, 747, MD-82) and many third party aircraft, you can save the flight plan as a .FMS file to your preferences folder and then later, load it from there. Doesn’t matter which aircraft, as long as it uses the X-Plane default FMS ( this may work with the

Actually I use a 3rd party flight planner called QuickPlan by FSWidgets that outputs in .FMS (and also FSX, FS2004 and PDGM flight plan format; link is to the Windows version; also Mac, iPad and Android. Free demo.)

The issue with the XP11 FMS is that it does not output flight plans when using airways - i.e. include a portion of V1 and V44 and poof, the saved version is only the DEP and ARR. I have a feeling that a 3rd party FMS will be able to save in its own, non-XP format like Aerosoft and PMDG does for FSX/P3D.

Anyway, with QuickPlan you can use US Low and Hi Altitude routes (chart overlays) and pick the waypoints then save it into .fms and drop it into the XP flight plan folder. So that has worked for that part.

That said, I haven’t fully tested it but I think you are correct in that XP will look at your .fms plan and just that for ATC…I think. Once I am on a flight plan and GPS is engaged, I have been ignoring the ATC calls to change course until they are setting me up for landing.

I guess if I had one wish, it would be to talk to a tower (or FCC) when I want to land.

Just worked through adjusting the axis on my thrones. Set up for a nice turboprop with Beta and Reverse. I’m using the CH Throttle quad which has detents near the “bottom”. Set up for Beta to start just below the detent and reverse a bit after that.

Did a sightseeing flight around Norway, landing at Sandane (ENSD).

Now ENSD is a bit of a challenge (if @BeachAV8R uses it for an upcoming Challenging Airports article in PC Pilot, you heard it here first!

) ORBX did a great rendition for FSX that goes nicely with their Norway region scenery and I have flown in and out of ENSD many of times. My point is I know the approach. 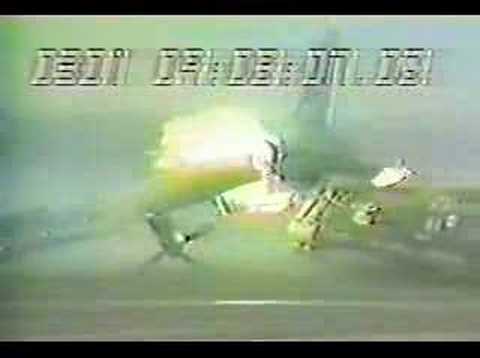 My question: Shouldn’t there be something in X-Plane to prevent reverse thrust in flight? A WoW switch or something? Or is that aircraft mod specific?