Ugra Media has made some info available on next map 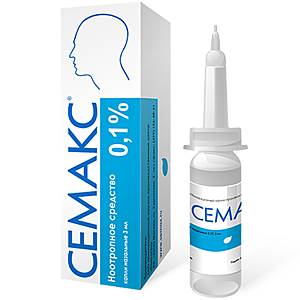 "The “Middle East” project is a unique theater of operations, which includes missions and companies of military confrontation in the Middle East from the mid-1970s to the present.

This project allows users to use virtually the entire arsenal of military equipment and DCS aircraft and includes the reproduction of the events of one of the largest military conflicts of our time:

The project will present a map of 610 * 440 km in size, which includes almost all the states on the eastern coast of the Mediterranean Sea. It will present such large cities as Israeli Haifa and Shefaran, Lebanese Beirut and Tripoli, Turkish Adana and Gaziantep, Jordanian Irbit and Jerash, and of course the cities of the Syrian Arab Republic - Damascus, Homs, Hama, Lattakia, Iglib, Aleppo, Raqka and etc. In the project you can see the real monuments of ancient architecture - the colonnades and amphitheater of Palmyra, the citadel of Allepo, the fortress of Krak de Chevalier, the mosque of Muhammad Al - Amin and others.

More than 20 airfields will be implemented on the map, including the international airports of Damascus and Beirut, the US airbase Incirlik. And of course, the base of the Russian VKS Hmeymim and the Navy base Tartus will be presented.

Recall that Syria is a state in the Middle East, bordering Lebanon and Israel in the southwest, with Jordan in the south, with Iraq in the east and with Turkey in the north. Washed by the Mediterranean Sea to the west. The modern statehood of Syria has a little more than 70 years, but civilization originated here as far back as the 4th millennium BC. the capital is Damascus, one of the oldest, constantly inhabited cities in the world. In addition, Damascus is also the oldest of all modern capitals in the world. 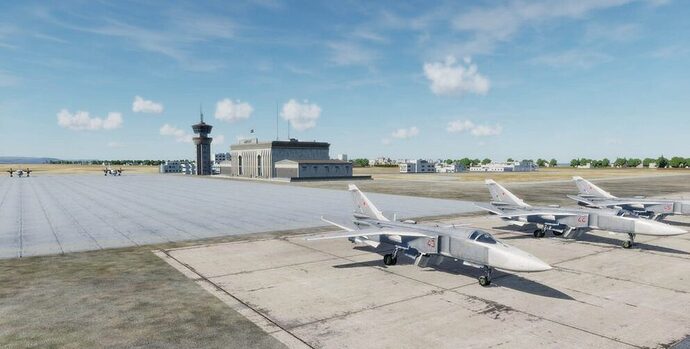 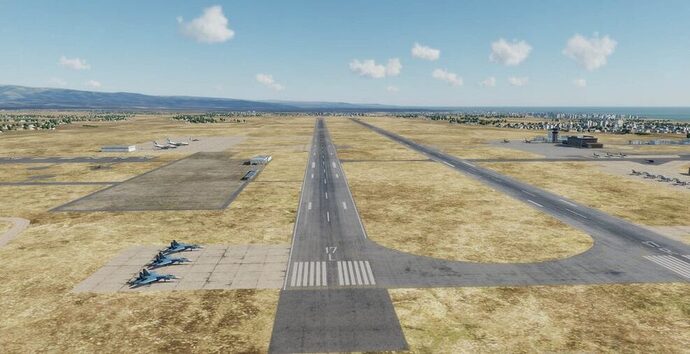 If I’m not mistaken and mine eyes doth not deceive me, this is the same group that developed DCS Normandy and a couple IL2 BOS series maps, yes… color me excited.

I think Normandy for sure.

I’m not feeling too good, flu and all, so my mind is sluggish. More than usual that is…
How does this map size compare to the others we have?

That’s around the size of the current maps.

I’m not feeling too good

Not trying to be pessimistic, but this is also probably going to a tough one to avoid politically controversial discussions since conflict is basically ongoing in this area. For instance, the characterizations of the conflicts listed in the translation could be provocative depending on which side of the fence you are on. Much or all of it involves terrorism, rebelion, large numbers of displaced refugees, and fervent religious conflict.

More maps is nice…larger maps would be better.

Agree. I’d also like to have some sort of world map, even with very low quality (like basic FSX or X-plane). But yeah, more maps is nice.

ED is working to get dynamic campaings , so they MUST have plan to get bigger maps.

In curent small maps , full out dynamic war would be very short. All airbases are so close each other in caucasus , cruise missiles and mrls systems would render many of those unsuable in day 1

Yeah… I wish.
Once one of the family has a cold- we keep transferring it from one person to the other.
It does gets eventually better but… It takes a bit.

Does not have to mean that…

What I’m saying is that it’s absolutely possible to have dynamic campaigns in current DCS maps.
It will, of course, have to be constrained to fit within that map.

So, the fact that ED want to make dynamic campaigs does not mean they have to do larger maps.
The advancement of PC hardware will make it possible to increase map sizes, so I’m not saying that it won’t happen. Just that it doesn’t have to happen.

exactly what you, @Troll , have writen. I agree that good DC can be played on any size of map.

Is there a physical size limit to dcs maps? While I will always want more maps, the size posted above and what we currently have in Normandy are very limited.

Even pg map is constrained in size.

With assets we have today in game and tankering options, we really do need larger size maps.

Now how to communicate this across to developers

Is there a physical size limit to dcs maps?

Only in required RAM vs. The level of detail they aspire. I think we will see an increase in DCS map sizes in the future, as hardware requirements increase.

Definitely on board with this

32GB of RAM will have to be the norm

Probably.
But, one day…