Here’s some screens of a modded SW Battlefront. The custom shader brings up the contrast a fair bit and has a heavy FPS hit (takes away about 30 frames a second), but wow. Getting harder to tell reality from graphics, plus imagine this one day in 3D within VR… 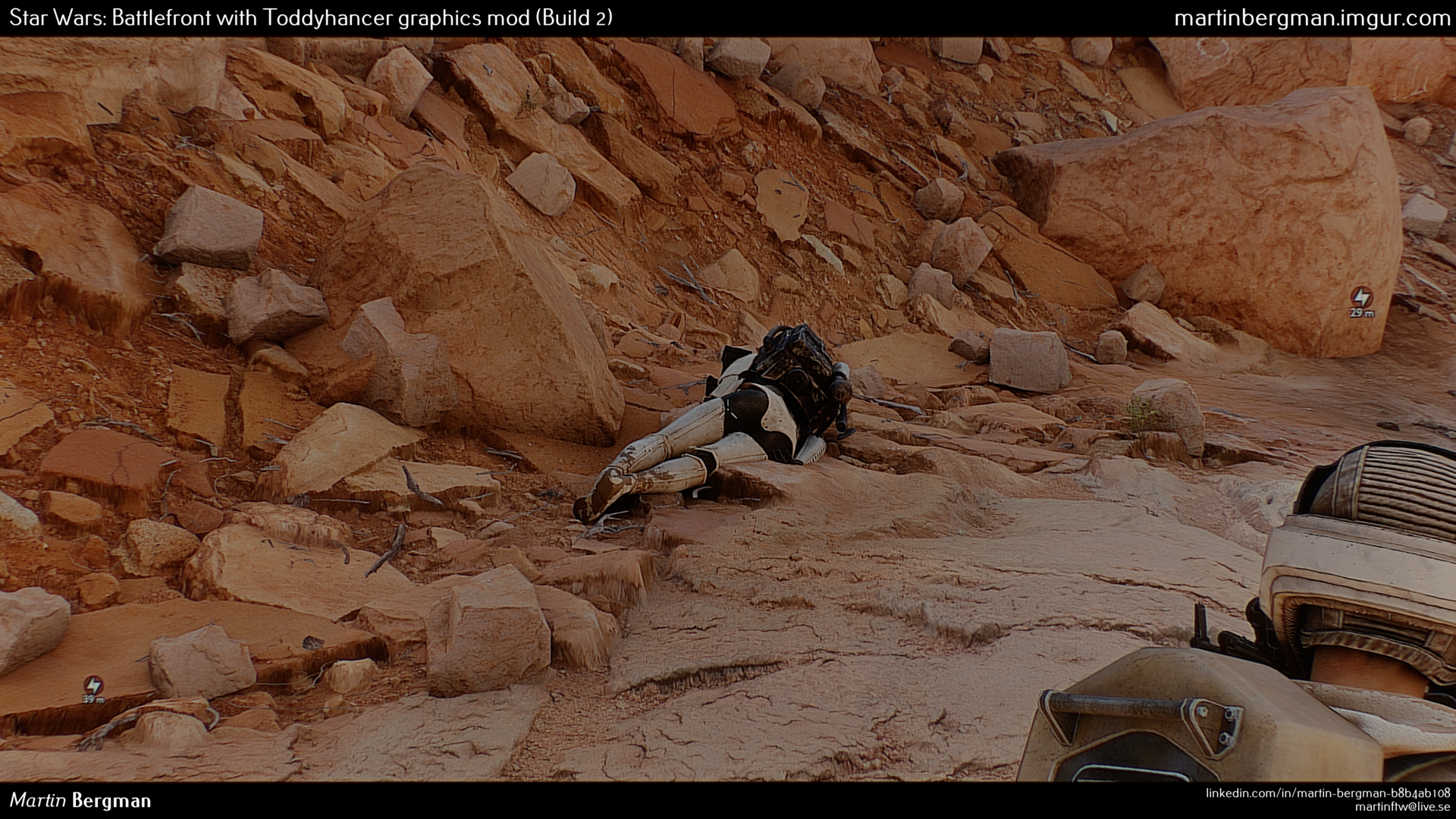 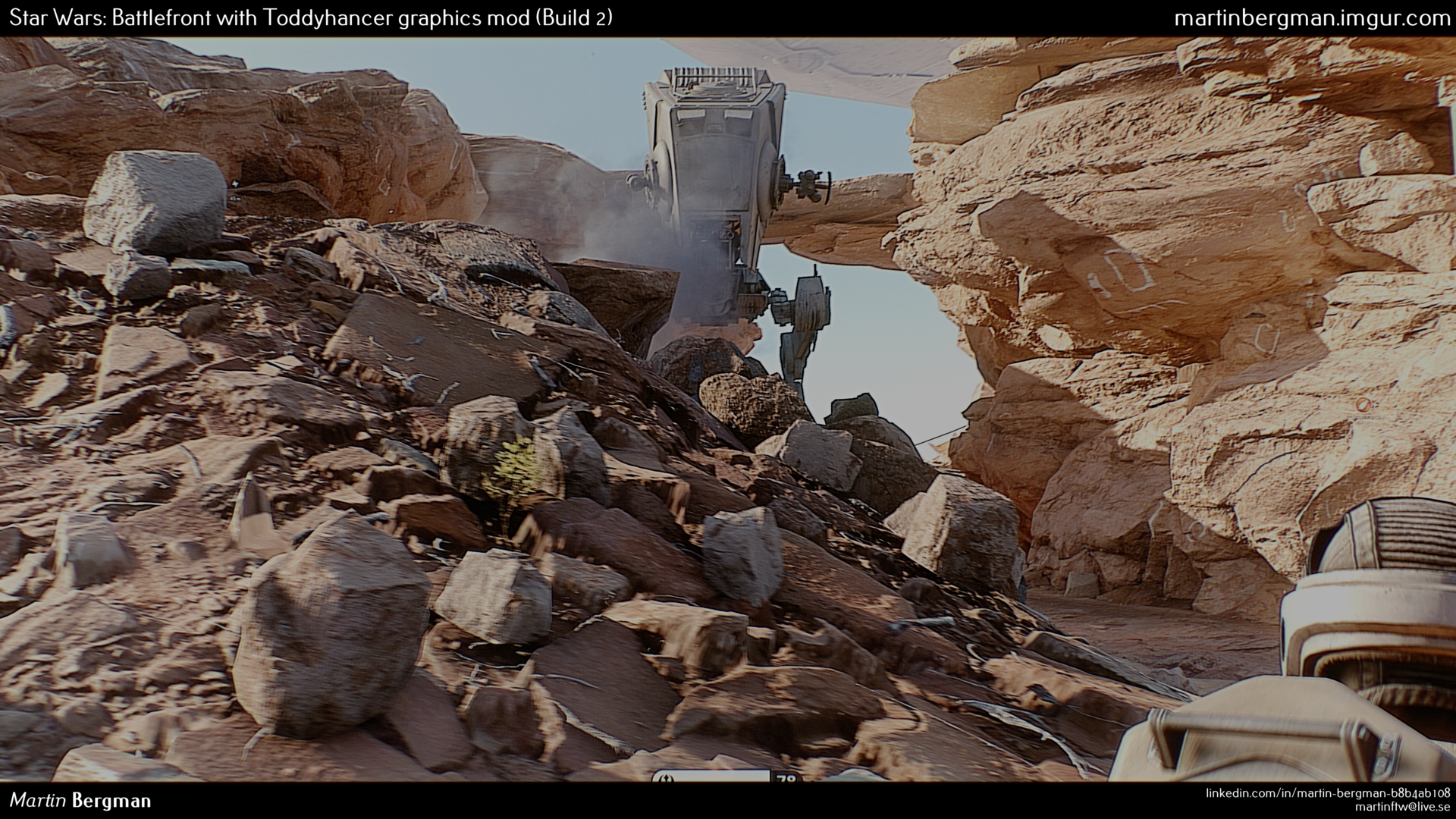 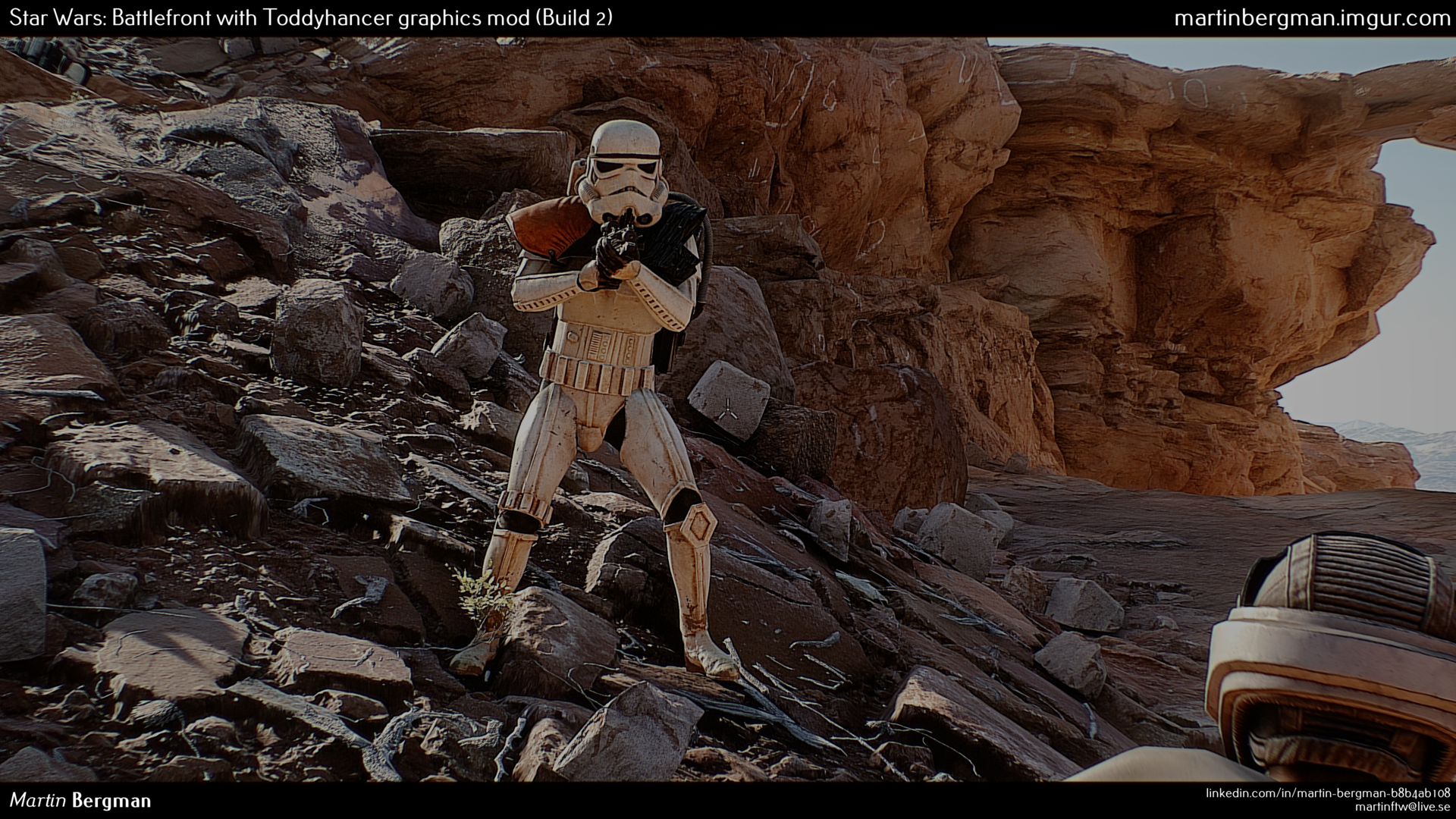 Martin Bergman's Toddyhancer. 7.6K likes. Hi! My name is Martin and on my spare time I mod games.

My graphics card started heating up just loading the pictures

Here’s his video test of a similar technique used on GTA. Definitely a bit of an acquired taste, as in it almost looks better as a still frame.