Thought about writing this thread for a long time, but I had never gotten around to thinking it out and writing anything down. So here it goes.

A trait I inherited from my mother, I was born with monocular vision and a lazy eye. To save a long winded description, here are a couple links: 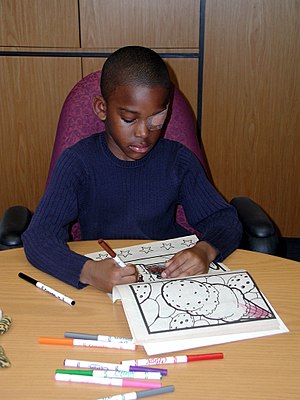 Amblyopia, also called lazy eye, is a disorder of sight due to the eye and brain not working well together. It results in decreased vision in an eye that otherwise typically appears normal. It is the most common cause of decreased vision in a single eye among children and younger adults. The cause of amblyopia can be any condition that interferes with focusing during early childhood. This can occur from poor alignment of the eyes, an eye being irregularly shaped such that focusing is difficult...


(Note the patch on the kid’s eye - I had to wear those as a child until midway through elementary school. Starting with full days and progressively less per day until it was stopped. As such, I didn’t have them on at school - phew!)

Monocular vision is vision in which both eyes are used separately. By using the eyes in this way, as opposed to binocular vision, the field of view is increased, while depth perception is limited. The eyes of an animal with monocular vision are usually positioned on opposite sides of the animal's head, giving it the ability to see two objects at once. The word monocular comes from the Greek root, mono for single, and the Latin root, oculus for eye. Monocular vision impairment refers to having no...

My left eye is the lazy one, and had weak muscles which prevented it from being aligned for binocular (stereo) vision. This was surgically corrected before I turned five if I recall correctly. While it did help, it was really only one piece of a much larger puzzle.

Other issues included vision of 20/200 in the left eye (right was 20/20 - normal) which I remember as a blur of colors. Imagine trying to paint a kaleidoscope with finger paints, or something… To top it off, my left eye is also sensitive to light. On a sunny day, if the sun is behind me and reflecting off objects ahead of me - I have to wear sunglasses or the left eye just wants to wince in pain. It can even be worse on overcast days if the cloud layer isn’t thick since the light is diffuse and no direction provides relief. I always wear sport style sunglasses (wrap-around - think Oakley’s) on those kind of days as any ray of light from any angle can set it off.

Fun fact: as a patient at Sick Kid’s hospital in Toronto, I was featured in a training film for their doctors on how to work with kids with monovision. They liked that I seemed to understand my issue (thanks mom!), and worked with the doctor more than other kids would.

Sports? I was told that lacking depth perception, they would be all but impossible. Which was almost entirely true. Baseball? - no hope of timing/aiming a bat swing. Catching a small moving object - nope.
Oddly enough and to the confusion of my eye doctor (who was also the one who did the surgery to straighten my left eye) I did very well as a hockey goalie up until highschool when I began needing glasses for my right eye and glasses don’t play well in goalie helmet - fogging up constantly. Golf is always interesting - for me each time out is like learning again, having to re-calibrate my eyes to the length of the various clubs. Over time there’s more muscle memory so it’s more each year a re-learn and then okay.

I liked to race around on my bike as a kid, wearing out break pads. Racing games were my forte too, so when I finally got my driver’s license I didn’t have much trouble as by 16 I had learned to adapt with other forms of depth queues when in motion and knew how cars work and drive but I still generally avoid any really tight situations that require extreme precision as with the mantra of Canada’s Worst Driver that good drivers stay within their limits.

So finally here is where the TrackIR comes in - almost.

When I got my first (and current) car - I was still almost entirely “right-eye’d”. Vision in my left eye progressed up to 20/25 and my right degraded to 20/40 but I have glasses. My left eye works and I have great peripheral vision on both sides, and I could force stereo vision if I tried but that lead to eye strain and a headache. I am a Canadian, so we drive on the right side of the road and sit on the left side of the car. If you live somewhere it’s the opposite (left side of the road / right side of the car) pretend your right eye is the bad one. Looking forward I calibrated my driver’s side mirror to work with my right eye when I turned my head as the left eye was basically edge-peripheral vision only.

Around that time I got my TrackIR which you would think is a problem. How can I retain view of the screen with my head turned to the right if my left eye doesn’t want to play along? Well I decided to force it. My trackIR is set so that the opposite side eye can still see the whole screen when my head is turned (the game camera is looking over the shoulder). Over time, my brain got used to this fancy new idea of switching between eyes and using the left eye’s field of view more and more. One day I noticed my driver’s side mirror was waaaaaaaaaay off. So I adjusted it…and then I closed my left eye and it was wrong again… Yeah, my brain “activated” the left eye and was using it naturally as part of full-field vision. Still not stereoscopic, but a wholly new experience from my childhood and the driver’s mirror has since remained calibrated to my left eye.

Now I also ride a motorcycle and with no A-pillar obstructing my forward FOV, it’s a seamless transition from left to right. While riding, sometimes things go stereo momentarily all on their own, and it doesn’t feel straining. You can tell when the world suddenly appears to have more…depth.

I have trackIR to thank for giving me vision that no doctor understood could be done - I wanted to tell my eye doctor at SickKid’s, but she has since retired. When I eventually have kids, if one is born with monocular vision I’ve got another tool to combat it. Hopefully they like racing or flying simulators…if they are anything like me, it shouldn’t be a problem.

Now I wonder if VR is a logical next step and then see how things go after some WWII dogfights!

It is possible that VR will work great for you. I say that because I think you’d see the world how you see it now, and the 1:1 head tracking and field of view is really where the ‘it feels like I’m flying’ immersion is, and it’s not about 3D or stereoscopy impact. The tracking in VR is really quite different in sensation to TrackIR, to the extent it is quite hard to go back.

I’m not sure about the sensitivity to light part, so would have to be careful there. I think if you sit in-front of a big monitor then it might be similar to that?

If you’re near Toronto then maybe a demo slot in the Microsoft Store? Either than or an Amazon order, as they are great at taking more or less anything back if you don’t like it.

Btw, dogfights in the Warbirds in VR is quite the neck workout - it really helps to throw yourself around, which is fun in VR.

That is a really awesome story of adaption and thanks for educating us on some of the challenges associated with monovision. It is amazing that TrackIR helped train your eye-brain interface…

I think if you sit in-front of a big monitor then it might be similar to that?

Screens haven’t been much of a problem for me, except for the obvious ways such as high brightness leading to eye strain over long periods. I tend to keep my monitor brightness settings down to 25% and use dark themes whenever possible, which I recommend to my coworkers. Eyes change a lot it seems after your teenage years. When I’m tired I start to lose focus, but that too is normal with age.

It is amazing that TrackIR helped train your eye-brain interface…

I was always told not much could be done. When I was old enough to research it myself, doctors had apparently found that it may be fully corrected if taken care of before 1 year old. You could surgically correct a lazy eye, but a one year old can’t tell you it’s got monovision. Doctors typically can’t test with certainty until later, as I recall.

That’s an interesting story!
TrackIR started out as an aid for people with disabilities. Naturalpoint would probably love to hear your story…

Hey Wes, thank you so much for this write-up! My 8yo son has a similar thing going on with his right eye, and I‘m struggling to take the right decisions. This helps me “see” what the challenges are about.

Haha good one! Just keep as patient as you can - any frustrations you encounter, your son likely feels even more. My father was always very involved in sports having coached baseball, hockey & football throughout his young adult life. Then he had a son that couldn’t play any of those!

To his credit, he did very well to adapt considering he was “blind” to my experience. As a kid sometimes I would progress and suddenly seem to regress again at a hand-eye skill in hockey or soccer. He would badger me a bit and would have to yell back that its a monovision problem. I think he would get caught up in my progress and forget!

The closest you can get is to try anything with your son while keeping your right eye closed - simulate it!

@Troll interesting history! I did not know that. Guess I should throw them a link.

Hey thanks! Closing one eye to simulate it is a lot better than my original idea, which was involving alcoholic beverages…

He actually uses both eyes when focussing something close, but when he‘s tracking stuff far away or tired one wanders off to the side. I‘d need pretty hard liquor for that!

Carl fogarty was world superbike champion 3 years on the trot. Amazing rider and competed in the grand prix and the Isle of man tt.

His lazy eye was looked at later in life and the Dr said it would actually slow him down on the track if fixed as he would have to relearn how to judge his braking and turn in distances. Fascinating stuff

Thanks Wes that was really interesting 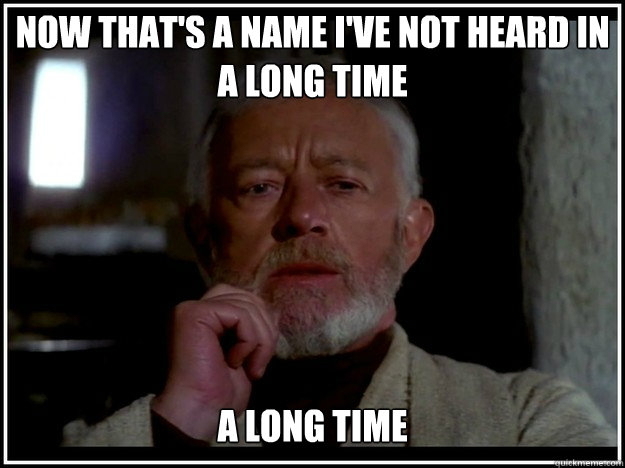 The man was my hero growing up

That explains a lot about your airmanship

And yet, I teach others how to hit their targets as well as I do…

Well, most of @Victork2 leave the machine available for later use… as an airplane too, so I guess that tallies

@Franze can attest that I do frequently (yet not always, I shall admit) fly multiple sorties per MP session without incident.

Besides, at least my emergency procedures training is up to date!

And yet, I teach others how to hit their targets as well as I do…

Richard Bong always felt that his gunnery skills were inadequate, but fellow pilots believed it wasn’t so much his gunnery, but his superior airmanship that netted his kill tally. Getting into a good shooting position can make up for the most terrible gunnery.