Moving Stuff Around Between Disks - Hardlinks vs Symlinks vs Junctions

So @BeachAV8R just reminded me here that there is an X-plane demo to try, I had forgot all about that.

I’ll knock out some replies to this later tonight - getting ready to go fly circles in our G1000 King Air… http://flightaware.com/live/flight/N207CM A few quick comments though. Absolutely, the X-Plane demo is free from what I can recall. It has a limited demo flying area…and I’m not sure if it still limits you for time…but it would be a good indicator before you buy. I would NOT buy a disc version (I have that) and it sucks that you can’t covert it to a digital version…so I’ll probably end up… 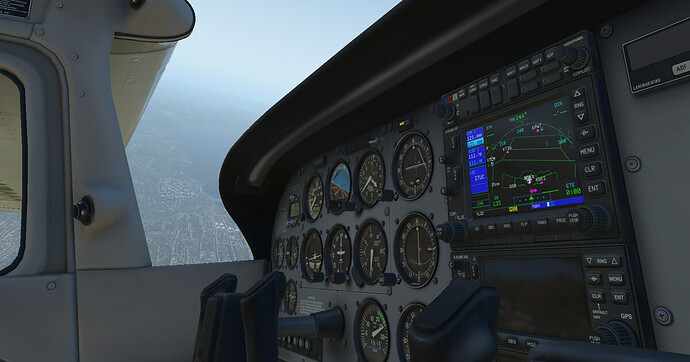 The X-Plane 11 beta is here! Download the X-Plane 11 demo today, for free. Available for macOS, Windows, and Linux.

Being an ‘early adopter’ (that’s shorthand electronic consumer speak for ‘complete idiot needing to part with money’) I’ve got a couple of SSDs (um, 5 now) in this PC, of varying size. As I keep buying them they keep getting faster and bigger. The oldest ones are actually small and can’t contain many of today’s big games.

So what I want to do (and what this post is really about) is to make some room so I can try X-Plane on my fastest SSD and perhaps move some stuff off I don’t usually play, but not break it.

The easiest thing to do would be just to uninstall stuff I don’t play, but there’s always that ‘Ah, but I might play it’ feeling that stops me. So another option is to move the files but leave a ‘NTFS Link’ back to the folder on another disk. Keeping the gobbledygook to a minimum on Windows we use a ‘NTFS’ filesystem structure, and it’s possible to put ‘shortcuts’ in that to fool where the OS thinks things live.

There are three types of links:

They roughly have a performance impact where hardlinks are the fastest, junctions are ok and symbolics can be random (as often on another machine, so network dependent).

So let’s do an example of what I need (it’ll work on any folder/install, but a real example helps).

In this case, I want to use a ‘Junction’ as the volumes (D: and E: in my case) are on the same machine but I want an entire ‘folder tree’ directory to move and leave a link back.

I could just use the MKLINK windows command (built in Vista upwards), here’s the options with now the link types explained should make more sense:

I do this often enough though that I use a Windows Explorer Shell Extension for it (plus that ‘link target’ always gets me for the wrong way around). There are a few but this one is here and free:

Don’t be put off with the webpage design (it’s a programmers occupational hazard), as the following example shows, it’s pretty simple: 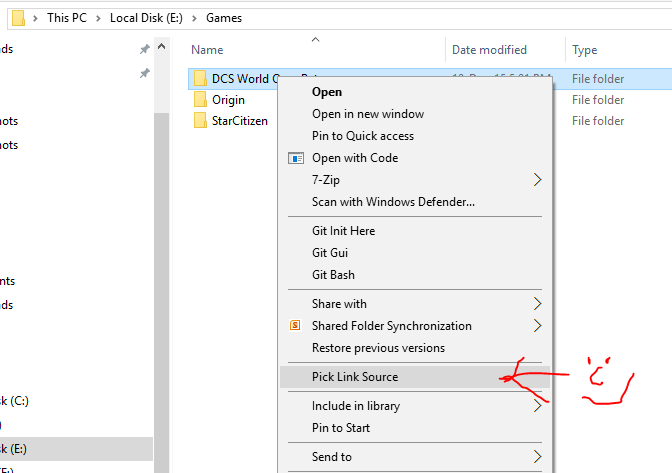 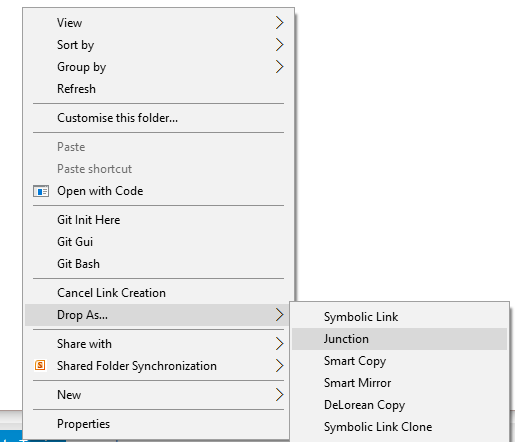 So I’ve dropped the link as a Junction. (Note: If your PC can go faster than 88 mph then don’t use the DeLorean Copy option). You can see it with a wee link icon here, to show it’s a link:

So I now have a fully functional DCS Open Beta install that Windows thinks lives in D:\Games\DCS Open Beta (just like it did before) but really takes space up on volume E:. It’s not a copy, it’s literally a link back.

I’m now free to use that extra 25GB for some X-Plane demo!

1 Like
DCS Question (installing terrain on different drive)
DCS 2.5 in January 2018. A promise, not an estimate...
Something SSDcrewy going on
Moving Games from SDD to HDD?
Volanta
Game transfer question?
Fridge December 11, 2015, 1:42am #2

Good lord I love Linux/Mac for this stuff. It’s so easy there. Windows? I just don’t even try

Good lord I love Linux/Mac for this stuff.

For extra fun, the *nix ln and Windows mklink commands are opposite order parameters, which is why I think I use the shell extension (or rather keep getting them the wrong way around so like the menus).

Anyway, I hope it helps someone out.

Funny. I did exactly the same two days ago. Good guide. It’s really not that hard but makes managing multiple disk drives so much easier.

The MKLINK did the trick. Move all of Cloud Imperium (Star Citizen) to D: Thanks!