MRE or Rations you tried

I was being facetious.
Beside… one of the things I learned fast in the Army was to do what you’re told- period.
So I guess I’d done the same.

In 1984 I was posted to 7th special forces support battalion. It was hardly as glamorous as it sounds. We had crap equipment compared to the 82nd Airborne next door. I wore a steel pot and drove a Jeep. The only thing we could laugh about was the fact that the eighty-deuce had the ungainly Gama Goats… but I digress.
My rifle was known as “Silver” (like the Lone Ranger’s horse). It was so old it was almost white. It had a 3 prong flash suppressor and forward assist. The reason I remember forward assist is because I made lots of use of it. In Honduras we had to “dispose” of thousands of rounds at the range. I got to fire in full auto till the barrel was white hot. Sorry, Im a young guy and don’t have any C Rats stories. I grew up on MRE’s. Ha ha ha.
I finished the Army with a M4 carbine. I loved it after lugging a M203 around for a few years. The only time I did not like the M4 was at the range. The good 'ol long barrel was much better at that 300 meter target. But not old Silver, as I recall anything over 200m was out of the question.

What rifle was this “silver”?

Silver was an M16A1. I believe the “A1” meant with Forward assist and the notched bolt. I always remember “Silver” my first real weapon. My time with the 203 is also memorable. I gained experience launching them 40mm “footballs” When I became a Staff Sargent my First Sargent made me give it up. I tried to ignore him because I was attached to it. One day, he walked up to me in the field and took it off my back. As I turned around surprised, he handed me a little M4 carbine. He simply said, “This is a weapon for lower enlisted”. I put the M4 on my back and within a few days I got over my loss. The M4 was SUBSTATIALLY lighter.

Nice. I shot a LOT with the Italian made SC 70/90.
It was a short carabine with collapsing stock.

Accepted the NATO 5.56 magazine and was a decent weapon enough.
At 200 meters I could get a nice grouping of around 10 cm.
Wasn’t fond of it… my heart was taken by the MG-3 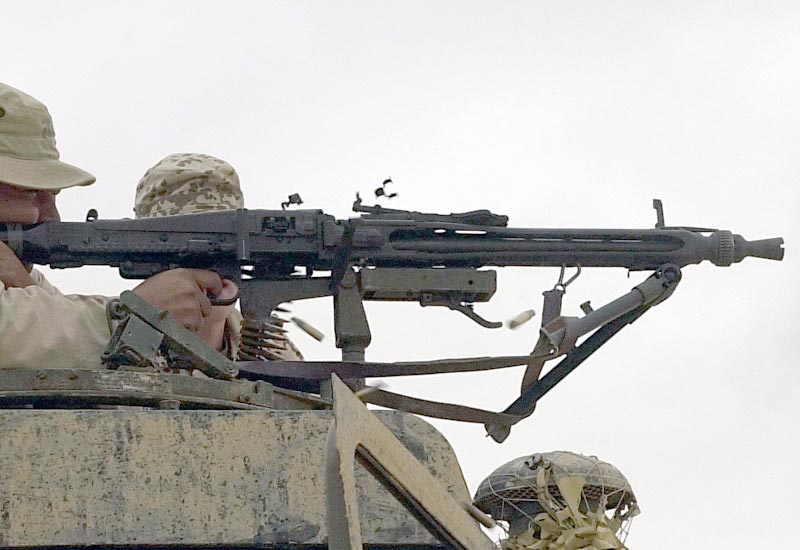 I loved that Pig. A LOT.
Sadly wasn’t bulky enough to be given one of Company’s so had to make do with the SC.

Yes, the pig was made to be mounted on the Supersonic Donkey Cart. I take it you were in a European Army?

Paisano! You will be pleased to know I own a piece of Italy. I am the proud owner of an Aprilia RSV4.
As for my military career, 7th SF, 101st Airborne, 82nd Airborne.

United States Army, yes?
We had some cool Aprilia and Cagiva offroad motorbikes for the forward observers and spotters.

MG3 is a beast. Loved it. Especially with tracers at night.
But my weapon of choice was the G36A1, the ones made before they became crap. Light, precise, easy to use. With the red dot for close combat and the scope for up to 800m. The maximum I shot was 400m or so though. But I could easily hit a man sized target at that range. That was kinda cool.

Yes, the 101st Airborne and 82nd Airborne are part of the US ARMY.

Reminds me of my favorite “Combat Coffee” vid! (Canadian style) …

Also that breakfast omelet was terrible.

If you’re eating lobster underway, the Captain is about to come over the announcing system to tell you you’re either extended underway, or going to miss the highly anticipated next scheduled port call.