MS Flightsim 3.0 in a Browser 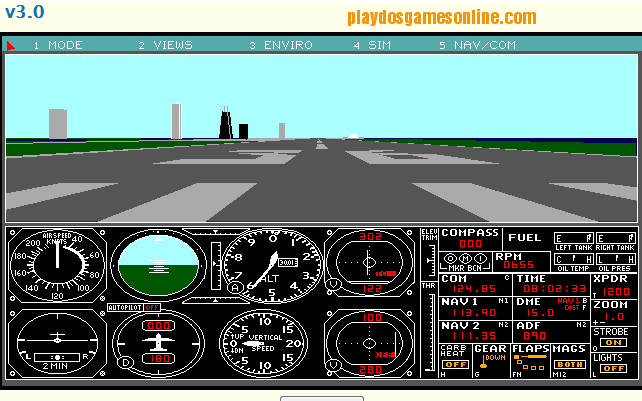 Oh noez, they’ve got prince of persia. I’ll be back in, uhm, under 5 hours.

I still love/hate that game. I was still young and it was damn hard and you could not save your game as far as I remember.
Great animations for that time!

And just to make sure we are all on the same page here: There is a big chance some of that stuff probably isn’t quite legal. There is no such thing as abandonware in most legal systems of the world. Check if you are on the safe side (as a hoster) to allow linking there.
Example: I am very sure that all Origin titles (I am a long time member of the Wing Commander community so I know) are not permitted for that kind of use.

Dunno, it’s like watching a movie on your tv.
You dojn’t have to rent it- technically since you don’t own the site, it’s not your problem in as much is a problem for the site owner.

Not quite. It depends on your legal system.
In Germany for example someone allowing a link on their site to a site of which a major purpose are copyright infringements can cause fines.
So basically: If Mudspike was hosted in Germany or by a German they would have to remove links to sites that contain copyrighted-infringement as quickly as possible.

I admit I am not 100% up to speed with the newest changes in our copyright law, but I do know it is a minefield. Don’t know how it looks like in the US, Canada, or elsewhere. I just wanted to mention it so our hosts can check that they are on the safe side.

Thing is, a big part of problems with that stuff is the possibility to Download them, in that case you cannot so… kind of safe.

ABANDONIA.COM has a clear policy about that- it allows to read a game review, and read the manual but NOT to download the games which are on sale on Origin et al.

In any case I see no harm in playing them.

Well, whether you see harm in it is pretty unintersting for those copyright lawyers.
And technically you do download something when playing the games in your browser.
And all of those sites like the one you mentioned do have a history of putting games there that were at the same time sold by the copyright owners on GOG, for example.
They may not be harmful and they may not be bad people, and copyright law might be just wrong, but they do break laws.
You personally are pretty safe, but as I said: depending on which country you are in even linking those sites may be a copyright infringement and get the forums hoster sued.

You’re not wrong but I disagree when you claim that I’m downloading anything on my PC, anyway.

Not sure if you are joking or not, or maybe we have a semantics problem, so just to clarify:
Most time you are watching something in your browser it is transmitted (downloaded) onto your PC. Otherwise your browser could not render it. Even if you can’t see it as a file, it is transferred. That’s a download for all legal purposes.
Furthermore this conflicts with the copyright license, which - even if you weren’t playing, like in a “Let’s play” video - does usually NOT grant the license to publicly (Internet is considered public without a login) show the material.
So even “Let’s play” videos are copyright infringements. Most companies just are ok with it as long as you don’t make money with them and will not sue the ones making them (Nintendo being an exception). “Fair Use” doesn’t apply because they show more.

I’m glad you mentioned that and yes it’s semantics unavoidably.
Of course everything that appears on your monitor passes through the RAM of your system and therefore it has been “sorta” downloaded.

That said legally that’s not enough to call it a donwload, as you’ve virtually no power over what a website caches on your system RAM or not. So, and that’s verified legally, the simple fact of browsing a websote doesn’t contitute a download.
From a strictly legal point of view.

The IT in me agrees with you of course.

Furthermore this conflicts with the copyright license, which - even if you weren’t playing, like in a “Let’s play” video - does usually NOT grant the license to publicly (Internet is considered public without a login) show the material.
So even “Let’s play” videos are copyright infringements. Most companies just are ok with it as long as you don’t make money with them and will not sue the ones making them (Nintendo being an exception). “Fair Use” doesn’t apply because they show more.

This I sadly have to agree with- but the “sadly” part is mainly due to the incapacity of modern law to prove efficient in these matters, which along the “Software patents” are the bane of the world.