After a 98 GB update i had about 5 minutes in it before work. Looks truly amazing. 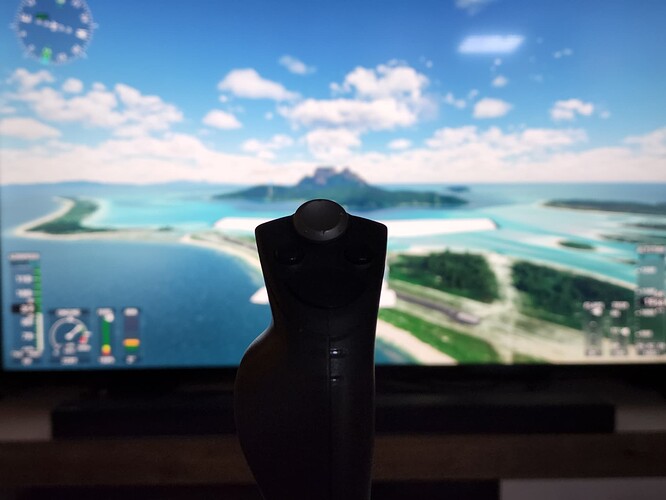 That’s quite a picture!

Came home and nothing runs now. It started to get slow and sputter. I spent my whole evening trying to get msfs to run to no avail. Figures! MSFS has always done me over. Im so steamed!

Sorry to hear that. It sounds like there may an an update running?

Or perhaps you are experiencing a bandwidth issue and the streaming terrain is getting bogged down?

I think its the later. It wa awful. Just navigating through the menu was super slow. Spent all night teying to fix it and now im late for work. Grrrr. Another session or two like that and i will dump it. Feels like FSX all over again.

So now my MSFS /TV PC has died. Before MSFS it was fine and running like a champ.
My MSFS experience.
Day 1. 98 GB update.
Day 2. Wow this is beautiful, but i got to go to work.
I got 5 minutes of flying.
Day 3. Why does it not do anything? Grrrr, grrrr!
Day 4. My PC will not stay on for more than 10 minutes at a time. Steam rises from my head…
Back to my primary PC and the Viggen!

As we all know, depending on your settings, MSFS can be quite a workout for a given system.

Just in the last few weeks, I became more and more concerned that my own system had been getting slower and slower to do tasks that I remember being nearly instantaneous Once Upon a Time. Microsoft flight simulator was running fairly okay, but many other things seemed quite sluggish, and I couldn’t figure out why.

2 days ago, I randomly decided to check my system temperatures, which had always been fine, and found to my surprise that I was at 100c on all cores, and around that time I had also been noticing some increasingly loud noises from one of my CPU coolers fans, which I thought was a bad bearing.

Seeing this heat issue, I shut down the system and tried rebooting it several times, pretty much seeing the same temperatures each time, until I decided to order a new water cooler on an emergency basis, via Amazon next day delivery.

About 2 hours after ordering, the cooler temperatures returned to normal, but now I was pretty wary of the system, and when the new CPU Cooler arrived I took the system down immediately and took everything apart, only to find that at some point in the past my Corsair AIO cooler had apparently sprung a small leak, and there was a green streak down the inside of the heat plate and a bunch of white green corrosion.

A few hours later, and after quite a bit of testing, my temperatures are down by about 10° from what they had been previously, and obviously I am no longer running at 100c.

MSFS is now running much more like I was hoping it would run after I had switched to the small toaster oven which is my new 3080, which tells me this may have been an ongoing and steadily worsening problem for at least the last two weeks or so, and probably longer.

AIO cooler had apparently sprung a small leak, and there was a green streak down the inside of the heat plate and a bunch of white green corrosion.

That’s what happened to me - it was the demise of my 1080Ti. I’ve moved to big air coolers as a result.

Well guess who is running an AIO? Me! Its late but ill look at it this week… hope my 2080ti has not been peed on…

Before i got my latest computer, i had a 2016 era computer with a i7-6666, 32 gb ram and 1070 gfx card. I ran msfs through the alpha, beta and release. It was air cooled. I never really had a problem with msfs. Couldnt max.it,.of.course. fsx and prepar3d ran like a dog. Msfs was smooth. Def a computer problem. Your opinion may vary.

After reading your post i couldn’t help myself. In spite of almost being late to work, I cracked open the case… Guess what? AIO has one of 2 fans not running and no lights on the Pump. I will roll up my sleeves this weekend anď investigate. Luckily i saw no leak!

Thanks for your advice!

So, to recap… This is not ok? Second from top is CPU temp 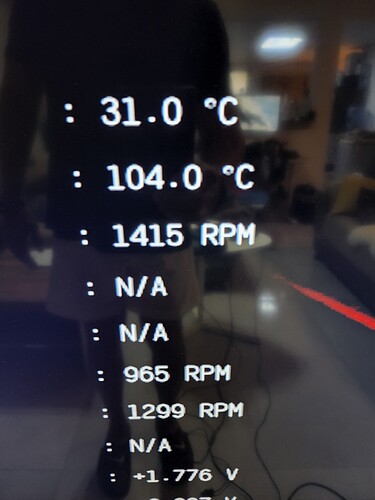 So, to recap… This is not ok? Second from top is CPU temp

I would say its likely that the main reason its “only” at 100c is that your CPU is throttling like heck to save its own life.

Gotta’ fix that and hope there has been no irreparable harm to that processor.

In my mind, its cooked… but! Ill try a different cooler. The old AIO Pump is making a ticking noise… we know what tha means…
So You were right all along. HEAT!

Edit: found out what the problem was. In Oculus there is a feature (?) called Night Display. In either settings or the quick settings panel you can toggle it on/off. What I think that it tries to do is lower blue light to something less “harmful”. IMO, it makes the image blown out and too warm. Must have toggled it at some point.

That’s what happened to me - it was the demise of my 1080Ti. I’ve moved to big air coolers as a result.

The water in an AIO block is nonconductive, and supposedly cannot cause a short, but mixed with the highly conductive metal in some thermal pastes, who knows what can happen?

I think I may have been saved a bit because I don’t use thermal paste.

To my surprise, because I’d forgotten I had even done it, when I removed the cooler I saw I was using a thermal pad of the type that caused quite a stir a few years ago before fading to the back page.

It was in excellent condition, and I am using it again right now. 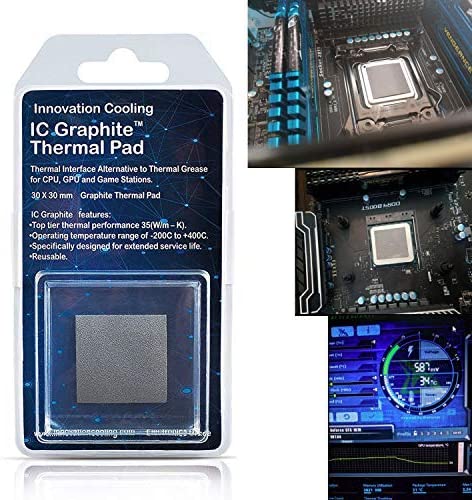 So today was my day. I decided to not wait for the parts to fix my older pc. I put msfs on my primary computer. I had a few amazing experiences… i didnt want to stop… My rig handled it well. Im exhausted

Is it love that im feeling
Is this the love, that ive been waiting for
Is this love or am i dreaming…

How do i pull up the kneeboard? Ive had the most ridiculous bad day cos of this