Here’s the deal… I can consistently land the Eagle, Hog, Tiger and Mirage without any problems. Unfortunately, I’m having a hard time handling the Hornet. I think my problems begin the moment I lower flaps, the nose drops and I over compensate when I adjust. Also, I keep chasing the E bracket while trying to maintain AoA. I understand I have to walk the throttles but I keep struggling and adding unnecessary stick inputs beginning oscillations. I also find myself chasing the power curve (too much, too little, then repeat).

While I haven’t crashed, I have certainly bent the gear on too many occasions. To be honest, the training and instant action scenarios have not been helpful. I feel like a total noob. One of the better carrier landing tutorials out there.

The way landing is taught in the Hornet is that throttle is used for descent rate & glide slope, while stick is used to control speed. Throttle for glide slope, stick for speed. The aircraft will maintain the AoA if you do things right and within limits.

Also, I recommend you check this out Pitch For Airspeed, Power For Glideslope? Or The Other Way Around?

You're high on the glideslope. How do you correct? Do you pitch down, or do you reduce power?

Like a lot of things in aviation (or anything else really) it’s mainly about preparation and the set-up to make the hard part easier.

For me (not that good or educated a pilot), the goal is the following on a carrier landing:

Essentially that’s the short version, as you’re making an approach triangle of height, speed/angle of attack and distance to go.

There’s probably a ton of videos and NATOPS that contradict a lot of the above, so that’s just my 2 cents of how I am handling it so far. I’ve found it best to set up my own practice empty mission with an empty Stennis driving due north at 20 kts with no wind, as high framerate/performance helps in the exciting bits at the end.

Thanks guys. I didn’t mention I haven’t even tried carrier landings yet. I’m just doing circuits to get a feel for the jet. I guess the same rules apply, right?

You know what would be really cool? A practice IFLOLS and wires at NTTR somewhere.

I think the appeal would be that we could work our way up procedures-wise, as I’m guessing the first time trainee pilots do a trap it isn’t for real, is it? I realize the ground doesn’t move quite as fast as a CVN, but it would be be still interesting to do.

Doesn’t somewhere like NAS Fallon have that? Would love that in NTTR now.

There is a former Hornet lot 20 pilot that posted several videos about his real world experience with the Hornet (there are lots of landings advice). 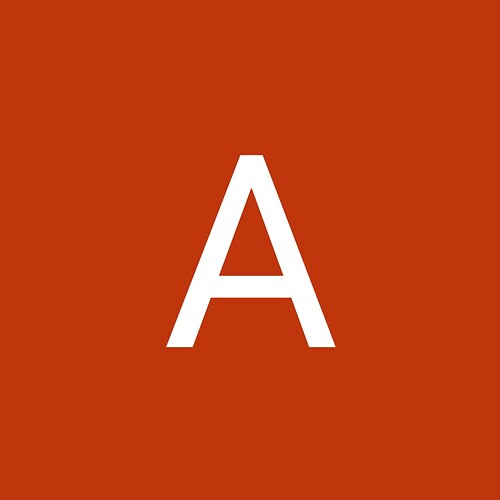 Share your videos with friends, family, and the world

That’s a great idea. This one is from San Clemente Island (I read that Tomcat pilots trained night landings there due to low light pollution), don’t know about any in the NTTR area.

Been to San Clemente island a few times.

As you are doing this start catching your descent with your throttle. Ideally you want to be level configured and trimmed PRIOR to turning base to the boat.

Once you get this then you should no longer move the stick forward and aft, just left right and utilize the throttle to control your descent rate.

My technique is to try and get it all trimmed out on final and then every time I make an adjustment to the throttle its a pulse, not a set. IE if I am high I slap the throttle to idle and then immediately push it back up to ~90% of whatever I was holding it too before. If I’m low I push the throttle up to mil and again, immediately start reducing it back to slightly higher than where I was holding it before. This is constantly happening throughout the final turn.

If you figure this part out then the rest is all in the final turn which takes practice, Jabbers outlines it fairly well, but you want to promptly start your turn as soon as you can make out the roll bar at 600 feet trimmed on speed and dirtied up (gear/flaps/hook all down) initially roll into 30 degrees of bank and add power, try to get the velocity vector to be just below the horizon line with a 200-300 fpm descent (above your altitude in the hud) then just keep the turn going.

At 400 feet you should be crossing the wake of the boat and as you are continuing the ball should come into view. as soon as I see it I zoom in on it so I can see it better and start flying that as my primary reference. Same jockeying of the throttle back and forth as I am trying to keep that dot centered in the green line.

Just to reiterate whats been said, hitting the numbers and being trimmed out on AoA is the most critical part. If you are grossly off the glide slope, you might as well wave off because its going to get ugly quick.

I make an adjustment to the throttle its a pulse, not a set. IE if I am high I slap the throttle to idle and then immediately push it back up to ~90% of whatever I was holding it too before.

I think that’s where my problem lies, my throttle input. I would move and hold rather than pulse. Then I would over compensate by adding stick inputs. I will apply what I have learned. here is me doing a crappy weather trap.

Notes: this is definitely not the best, I end up being low and getting a 1 wire.
However, I did remember to bring up the controls display so if you look lower left you can see what I am doing with my throttle and stick during the final part of the approach.

I am completely trimmed out on final (and have been for the last three attempts prior to this one) So I have not touched trim or forward aft on my stick since getting that set.

Also to note there is a 20-30knot head wind and the boat is pitching. The previous 2 attempts I did not take the headwind into account when turning and ended up way off in my approach. This one I took the time to set it up and hit the numbers before rolling onto final and it paid off.

One of the better carrier landing tutorials out there.

The way landing is taught in the Hornet is that throttle is used for descent rate & glide slope, while stick is used to control speed. Throttle for glide slope, stick for speed. The aircraft will maintain the AoA if you do things right and within limits.

That video is just what I needed. Much better detail than Wag’s video.

After watching that I realized was trying to transition to reverse control too soon (as soon as I dropped gear and flaps). I started getting much better results once I started using stick to hold the velocity vector on the horizon and power to get the E bracket near the velocity vector. Only then, do I start using pitch trim to stay in the E bracket and power for decent.

I just ignore the HUD entirely. Not “using the force, Luke”. It’s just that the jet is so funky in its current iteration that I find it easier to fly it like an airliner for now.

LOL, I’m kind of like you in that regard @smokinhole. I just put the thing on the thing (velocity vector on the deck of the carrier) and slow until the AoA indexer gives me the donut. I have trapped successfully on every approach (admittedly in good weather). Sometimes I under-think a problem

This math works out pretty well for nearly every landing you want carrier or otherwise. Every additional mile from the end of the runway you’ll want to be around 300’ (uh…AGL) to maintain (approximately) a 3 degree glidepath. The Navy cheats that a bit to make it a bit steeper (3.5 to 4.0?)…and who wouldn’t when the beginning of the runway is a steel cliff.

But yeah…if you have RNAV “DME” to the end of a runway:

We use DME to cheat when the instructor fails the glideslope and VASI and out flaps all at the same time (@PaulRix remember this!).

Keep in mind though - ILS DME and VOR DME might not be (and probably isn’t) a countdown to zero at the threshold (for land airbases…the carrier it is or close enough). Most places the DME is going to be somewhere other than the end of the runway. That is why an RNAV derived DME is usually better because it’s less maths (but only if the missed approach point is actually the end of the runway).

Great info you posted. Also wasn’t there something about the map/editor showing True North instead of Magnetic…so you have to apply a bit of variation (not sure what it is in the Persian Gulf) to properly set the TACAN course line. I could have all of that wrong though…not sure what they are using in the actual airplane in DCS World…

‘pushing for power’ of a helo

A practice IFLOLS and wires at NTTR somewhere.

Yes…! I swear I thought I heard someone at ED mention they were looking at doing just that. China Lake has one I think…it’d be nice to stretch that map down there…

When I was a very green King Air pilot, one of my favorite Captain’s to fly with was a retired career fighter pilot. He would tell you straight out if you did something right, and he was equally straight with you if your performance was lacking… lol.

Anyway, he was big on having us greenies build a mental picture of where we were, where we should be and being configured correctly at the appropriate time (something I struggled with when just a few months earlier I was a mighty Cessna 172 captain). He fixed this by explaingning the 300ft per NM and then having me fly the empty legs at night back to Zanesville OH. I was not allowed to turn on the runway lights until I was fully configured and on what seemed to me to be a relatively short final (I’m guessing it was about a 3 mile final). He kept that exercise up until I could consistantly turn on the lights to find the PAPI’s showing a glorious two reds and two whites. He was great to fly with and I always tried to bring my A Game when we were paired together. I would go home at the end of a flight either elated (I did well), or very deflated (I disappointed him). Either way I always learned something.